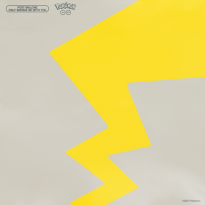 Post Malone channeled his inner Hootie & The Blowfish releasing a cover of their hit song “Only Wanna Be with You” Thursday, marking the beginning of a busy weekend for him.

“Only Wanna Be with You” was released two days before Post Malone performed a virtual Pokémon concert set up for the 25-year anniversary of the release of Pokémon.

“Only Wanna Be with You” is a song about that special someone in your life that you can’t live without.

The continual theme of the song discusses the imperfections that can lead to the perfect dynamic with lyrics that state how the two lovers are from different worlds.

Post Malone did add his own spice to the song, with the instrumentals including more of a retro Pokémon theme to it, and by replacing the lyrics on how the Dolphins made Hootie & The Blowfish cry with his favorite football team, the Dallas Cowboys.

Post Malone did not do Hootie and the Blowfish any injustice — Darius Rucker, formerly of Hootie & The Blowfish, talked about how Post Malone’s cover of their hit song put a smile on his face and how much he enjoyed the cover. — Nicholas Mancuso 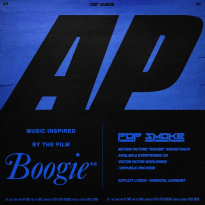 “AP” is the first posthumous 2021 release from Brooklyn drill rapper, Pop Smoke. It is also the first single from the motion picture “Boogie” in which Pop Smoke has a prominent role. The movie comes out in theaters and digitally this Friday.

The track is produced by 808 Melo, who is responsible for some of Pop Smoke’s biggest hits such as “Dior,” and “Welcome to the Party.” In traditional Melo fashion, “AP” is a hard-hitting drill beat with plenty of gliding 808’s and distorted vocals as the melody.

As it says in the title, Pop Smoke is rapping mostly about his watch from the Swiss company Audemars Piguet. He also raps about drugs and violence, but it’s very charming because of his tonality and inflections. He truly had one of the most unique voices in Hip-Hop. His rhyme schemes and growls make the song even better.

With every release, it becomes more apparent to see that Pop Smoke would have been a star. With the sheer amount of talent and charisma he had, it’s a true shame that his career ended shortly. Fans should be excited for “Boogie” and hope there’s more unreleased music to come soon. — Caelan Chevrier 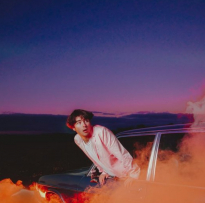 Alfie Templeman, an 18-year-old English artist, has created and produced music since he was 13. He only has a couple of songs, but he has been very successful with them — receiving awards from MTV, the BBC and VEVO.

Templeman released his newest song “Everybody’s Gonna Love Somebody” on Friday, and it has gotten the credit it deserves.

This Indie-Pop song has fans going crazy for more. There are small hints of an ‘80s feel with a slight modern touch. This song is making Templeman’s name in England skyrocket.

Templeman actually wrote the song in 2017 when he was 14. Since then, he has always kept it on the back burner, modifying it little by little until he created the masterpiece it is today.

Without a doubt, “Everybody’s Gonna Love Somebody” may be the song to make Alfie Templeman the next big hit. — Cade Miller 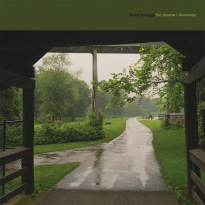 “Nothing Without You” — Cloud Nothings

American-Indie Rock Group Cloud Nothings released its album “The Shadow I Remember” on Friday with an upbeat and lively array of songs with great meanings. Going for an energetic and exhilarating beat, “Nothing Without You” brings out the four man band's unique style and way of capturing their audiences attention.

“Nothing Without You” breaks right away with a fast-paced drum and instrumental tune and follows with the voice of Macie Stewart brought on from the OHMME, Chicago based band. It’s totally cool to hear another powerful voice on the “Cloud Nothings” track.

Singing the chorus, Dylan Baldi has a confident and powerful pop voice that makes the audience want to listen more — and honestly just jam. Some rock songs can seem boring and monotonous, however this one puts a twist on that and delivers something awesome and unexpected.

The duo combination of Macie Stewart and Dylan Baldi is fascinating and such a creative way to deliver this song, especially with its message about the ups and downs of being dependent on another person for any reason. There are amazing displays of the theme of this song, making it relatable and powerful to listen to.

As if it couldn't get more interesting, “Nothing Without You” is also delivered in the form of a video game, launching eccentric graphics and the most one of a kind idea.

Though it may not be the typical rhythm you listen to, “Nothing Without You” offers more than just a song and is definitely one that can become a fan favorite in no time. — Olivia Manfredo

Nicholas Mancuso is a junior majoring in broadcast journalism. To contact, email nbm9@psu.edu

Olivia Manfredo is a freshman majoring in Broadcast Journalism. To contact her, email onm5039@psu.edu.