Top 10 Penn Staters to Watch in the NFL

Heading into the season, there are currently 27 former Nittany Lions representing Penn State in the NFL. Robbie Gould and Cameron Wake are the seasoned journeymen of the group, both age 35. Chris Godwin is the promising rookie, age 21. There are many other proud Penn Staters in the NFL, and here are the Top 10 you should watch for this season.

10. Robbie Gould, PSU ’04, Kicker, San Francisco 49ers
Gould has played 12 seasons in the NFL. The veteran kicker has accumulated 286 field goal makes, nailing 86 percent of his total attempts. 23 of those makes came from 50-plus yards, where Gould made 75 percent of his attempts. He is one of the NFL’s most successful kickers, and is the highest scoring player in Chicago history, where he spent his first 10 years pro as the Bears’ kicker in tough weather conditions. After spending 2016 with the Giants, he moves to a much more manageable climate in San Francisco this season. Gould is one of the most reliable, veteran kickers in the league and is the longest tenured Penn State alum in the NFL.

9. Adrian Amos, PSU ’14, Safety, Chicago Bears
Entering his third year pro with Chicago, Amos has gained a lot of experience on a struggling Bears defense. He has started in 30 out of 32 possible games in his career. In 2016, he recorded 65 tackles, a forced fumble and a fumble recovery. Amos has yet to record his first NFL interception. This year, Amos’ starting role is in jeopardy for the first time, as he finds himself in a position battle with rookie Eddie Jackson from Alabama. Look for Amos to see a bit of a decline in playing time this year, as Chicago attempts to figure out their future.

8. Jack Crawford, PSU ’11, Defensive Lineman, Atlanta Falcons
Jack Crawford could be considered one of the most underrated Penn Staters in the NFL. After spending his first two years in Oakland and the following three in Dallas, Atlanta signed the massive pass rusher to a three-year, $10.3M deal this offseason. Crawford begins his next chapter as part of the defending NFC champs, and looks to make an immediate impact on the Falcons defensive front. Crawford has nine career sacks, all coming with Dallas. Crawford is listed as Atlanta’s third defensive tackle, and could see some time at the end spot as well.

7. NaVorro Bowman, PSU ’09, Linebacker, San Francisco 49ers
Bowman has faced many challenges in his seven years pro with San Francisco. A gruesome knee injury in 2014 and a torn Achilles last October have sidelined the star for long periods of time. When healthy, Bowman has been one of the best linebackers in the NFL. He is a 3x Pro Bowler, and was given All-Pro honors in each of his four healthy seasons. This year, Bowman will actually have to compete for his starting spot, with newly signed free agent Malcolm Smith and first-round pick Reuben Foster of Alabama creeping up on him.

6. Allen Robinson, PSU ’13, Wide Receiver, Jacksonville Jaguars
Robinson’s production declined a bit in 2016, with the fourth-year pro recording 883 yards and six touchdowns. In 2015, he had quite the breakout season with 1,400 yards and 14 touchdowns. The most concerning part about  Robinson’s numbers is that he received the same number of targets in both seasons. If Blake Bortles’ wrist can heal and the Jaguars can start developing an offensive line to protect him, Robinson could have another solid season in 2017.  Realistically, he won’t top 2015’s numbers due to inconsistent quarterback play.
5. Jesse James, PSU ’14, Tight End, Pittsburgh Steelers
After being drafted in the fifth round of the 2015 NFL Draft, James saw limited action is his rookie season with the Steelers. His sophomore campaign proved to be a breakout year, as the 6’7 target recorded 39 receptions for 338 yards and three touchdowns. He was targeted nearly 60 times and made a significant impact for Pittsburgh. He should resume his role as starting tight end in 2017, but will have some competition from recent trade acquisition Vance McDonald. Look for James to have increased production this season.


4. Carl Nassib, PSU ’15, Defensive End, Cleveland Browns
From college walk-on to third round NFL draft pick, Carl Nassib has taken no shortcuts to succeed in his career. During his rookie season, Nassib played in 14 games for Cleveland, totaling 20 tackles and 2.5 sacks. Nassib will need an increase in production to keep his starting spot secure, so look for the former walk-on to improve on the numbers in 2017.


3. Mike Hull, PSU ’14, Linebacker, Miami Dolphins
Mike Hull has worked extremely hard for every opportunity he’s been presented with entering his third-year pro. The former Nittany Lion captain played for three different coaching staffs in his time with Penn State, and went undrafted in the 2015 NFL Draft. Shortly after, he was picked up by Miami as a free agent. Since then, he’s never looked back, proving himself as a relentless warrior on special teams and impressing the Dolphins’ coaching staff. Heading into 2017, he looks to complete his journey from undrafted scout-teamer to starting middle linebacker. Teammates have praised Hull’s tenacious approach, nicknaming him “Scrap” during his rookie season. Hull is a rising star and has a promising NFL career in front of him. He gives all Penn State fans a reason to watch Miami games in 2017.

2. Chris Godwin, PSU ’16, Wide Receiver, Tampa Bay Buccaneers
When the announcement was heard that Chris Godwin would be forgoing his senior season at Penn State to declare for the 2017 NFL Draft, it was a bittersweet moment for Nittany Lion fans. Three days prior, the Penn State faithful had just experienced the performance of a lifetime from the receiver in the Rose Bowl. Heading into his rookie campaign, there is a buzz surrounding Godwin and rightfully so. He has made exciting plays in training camp, and received praise from Buccaneers quarterback Jameis Winston. Godwin will start 2017 as Tampa Bay’s No. 4 receiver, but could make his way up the depth chart alongside Mike Evans and DeSean Jackson.

1. Sean Lee, PSU ’09, Linebacker, Dallas Cowboys
Lee has been one of the most dominant linebackers in the NFL over the past seven years. The Cowboys captain is a 2-time Pro Bowler and is coming off a first team All-Pro season. Lee finished second in the league in total tackles last season, and is set for another outstanding year. Lee has faced a ton of adversity in his career, tearing his ACL on three different occasions. Look for Lee to lead a solid Dallas defense and make All-Pro designation yet again.

Matt Freiler is a junior majoring in broadcast journalism. To contact him, email mjf19@psu.edu. 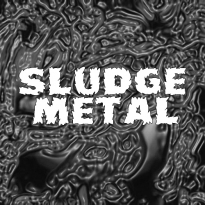