Daniel Correa majors in broadcast journalism and minors in English in the College of Communications at Penn State University. He interned for the New York Giants as a sports beat writer over the summer of 2016. He is a former live sports production intern at WPSU-TV during Fall 2015 semester. He is a former sports production intern at State College's ESPN Radio 1450AM (Spring 2015). He has two concurrent sports beat writing internships with The Centre County Gazette and Instant Sports Access, a national and digital sports writing internship that entails submitting weekly and autonomous sports releases/articles to the main site, instantsportsaccess.com. He aspires to get into the field of play-by-play broadcasting for Major League Baseball, primarily for the YES Network and FOX 5 Sports. He has digital knowledge of software systems such as Adobe Premiere Pro, Hindenberg, QuickTime Player 7, Microsoft Excel/Word and Adobe Photoshop. He is involved with ComRadio. He has co-hosted a previous sports talk show, The Empire State Boys, breaking down and covering everything New York sports, while incorporating Penn State sports headlines and national sports news. He also co-hosted New York Sports Live, a sports talk show highlighting and covering exclusively New York Sports topics. He is Director of Decisions for PSSN, Penn State Sports Night, which is one of the several shows that air on PSNtv. 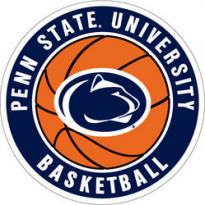 Around The Big Ten Week 6