Zach is a junior from Downingtown, Pennsylvania and is an aspiring broadcast journalism major at Penn State University. Zach is an editor for the CommRadio website and additionally a member of the CommRadio Sports department. Zach is a producer, broadcaster and beat writer for various live Penn State sporting events and covers the Penn State football team. He holds the exclusive title of football insider. Zach also co-hosts a weekly talk show alongside Connor Griffin called No Boundaries. The show airs live every Wednesday from 8:45-9:45. Some of his interests aside from CommRadio include watching sports, working out, and listening to a variety of music. He can be contacted via email at zach.donaldson1@gmail.com, and you can find him on Twitter @zachdonaldson_.

No. 13 Penn State Women’s Volleyball Falls To No. 10 Nebraska 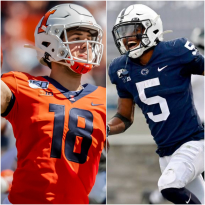 The Nittany Lions Earn First Win of Season Over Wolverines 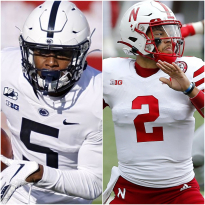 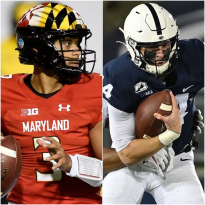 Nittany Lions Show Fight, Come Up Short Against The Buckeyes

Maryland Blows Out Penn State Behind Strong Second Half

Around the Big Ten Basketball: Week 6

Penn State Sweeps Princeton in Opening Round of Tournament Play

Around the Big Ten Basketball: Week 5