Alex is a senior broadcast journalism major from Verona, New Jersey. Here at Penn State he is a news director at ComRadio and is a part of the Centre County Report staff. In addition to being a news director, on ComRadio he also works on the sports staff. Alex has called play-by-play for baseball, basketball, soccer and volleyball (ranging from high school, to Penn State athletics to minor league baseball). Alex co-hosts "Shooting the Breeze," an hour-long show that brings the latest in news, entertainment and sports at Penn State and across the world. Prior to Centre County Report, Alex also worked on the PSNtv staff. For PSNtv he was a news anchor for PSN News Live. He was also a reporter and panelist for "Penn State Sports Night," the station's biweekly sports show. Alex has worked with a variety of stations and teams. During Summer 2013 he was an internet broadcaster for the Bourne Braves of the Cape Cod Baseball League. In Spring 2013 he completed an internship with the sports branch of WPSU, a PBS affiliate station in State College. In Summer 2012 he was a media intern for the Newark Bears minor league baseball team. Outside of the College of Comm, Alex also partakes in THON. Twitter: @alexeliasof www.alexeliasof.com 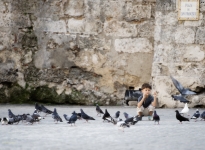 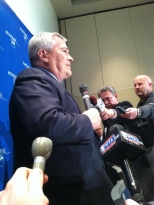