Cody is a senior majoring in Broadcast Journalism and minoring in Business Liberal Arts. He hopes to enter the sports media industry, specifically play-by-play broadcasting on the radio. During his time at Penn State, Cody has done play-by-play for multiple sports and hosted several radio shows on Penn State's student-run FM radio station, The LION 90.7 FM. Currently, he serves as the Sports Director at The LION, which requires him to manage all of the sports staff and generate the schedules. He also has served as the station's Finance Director since the beginning of the 2014 school year. Cody has also interned for State College's ESPN Radio 1450, where he called State High baseball games. 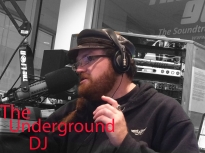