Ellie French is a senior majoring in broadcast journalism. She spent the past two summers as a sports intern for NBC Washington and NBC Sports Bay Area/California. She currently serves as a member of the ComRadio Sports department and was elected as Vice President for the Association for Women in Sports Media (AWSM). Ellie also serves as an anchor and producer for PSNTv's longest-running sports show Penn State Sports Night. Ellie aspires to one day work as a sideline reporter for a major network or serve on the College GameDay panel. You can contact her at ejfrench97@gmail.com

White Out Conditions: PSU vs OSU

STDs on the Rise

Nittany Lions Down Nebraska in Overtime

Penn State Bounces Back to Split Series with Mercyhurst

Men’s Soccer Falls to No. 20 Michigan in Final Seconds of Double Overtime

WLAX: No. 8 Penn State Takes Down Scarlet Knights in first Big Ten Matchup of the Season 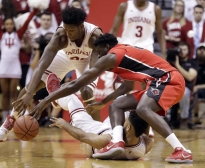 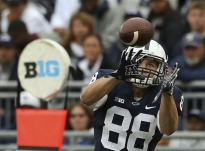