Breanna Jacobs is majoring in Broadcast Journalism and minoring in Kinesiology at The Pennsylvania State University. She is a member of the John Curley Center for Sports Journalism. She is also a member of ComRadio, Penn State's student-run, web-based radio station. She has hosted her own radio show called "Off the Field", co-hosted a show called "Inside the NFL", been a beat writer for the Lady Lions and the women's softball team, and has produced women's softball, among various other things. Breanna is the over-all chair for ComRadio's THON organization and enjoys volunteering. She has spent time volunteering with Centre County PAWS, Santa's Vision and The Drayton Florence Foundation. Breanna also works at Penn State Lion Line, calling alumni, parents and friends of Penn State to help raise money for Penn State academics. When she graduates, Breanna's goal is to earn a job working for her favorite NFL team, the Buffalo Bills. She hopes to either work on their media team or in a player development position. 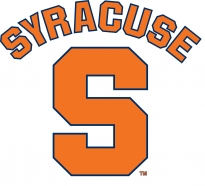 Lady Lions Shut Down the Hokies

Mauti Out For Season With Knee Injury