Justin is resident of Closter, New Jersey and an aspiring play-by-play broadcaster. Justin spent the past two summers as an Internet Broadcaster for the Bourne Braves in the Cape Cod Baseball League. Justin currently co-hosts ComRadio's Inside the NFL and The Association as well as doing play-by-play work for Penn State Football, Baseball, Men's and Women's Basketball and the State College Spikes as well as hosting the Penn State Football Pregame Show. He strives to one day be the play-by-play broadcaster for either the New York Knicks, Yankees, or Jets.

Pirates in the Playoffs 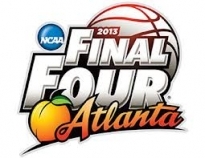 How the Mark Sanchez Extension Affects the Jets’ Offseason

Around the Big Ten: Week 4

Around the BigTen: Week 3