Amy is a senior studying broadcast journalism with concurrent minors in French and political science. This past summer, Amy worked as a newsroom intern at CNBC's Washington Bureau. Through academic and extracurricular activities she has developed a love for current events, politics, and interviewing sources. Covering the 2012 Presidential Election live for Penn State ComRadio motivated her addition of a second minor in political science. Amy's involvement with ComRadio began with reporting and anchoring, grew to producing and serving as news director, and finally representing the station as general manager, which is the position she holds at this time. Currently, she is also a reporter, anchor, and producer for the Centre County Report. Following graduation, Amy hopes to work as a reporter, multimedia journalist, and news anchor.

Where To Live? The Demand For Affordable Housing in Hong Kong

What Wolf Means for PA

Changing of the Guard: What’s Next After Wolf Win? 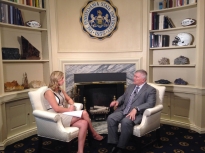 Learning from Hope, Shame, and Fear 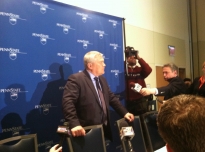