UNIVERSITY PARK, Pa. - Penn State is commemorating its 100th homecoming this week and kicked off the celebration with the Allen Street Jam. This mini-festival took place downtown from 1 to 7 p.m. on Monday. Public relations director of homecoming Lauren Meyers shared a little bit of what the event is all about.

“We close off all of Allen Street, and it’s kind of just an event for vendors to come out to celebrate the second day of homecoming," Meyers said. There are vendors, caricatures, food, merchandise, all of the fun stuff."

The Allen Street Jam also included a variety of performances. The set list consisted of Brooke Bailey, What’s Wrong with Joe, Jazz Cats Band and the Burn Unit. At 6 p.m. a dance competition took place, and numerous dance organizations competed to see who has the most Penn State pride.

Meyers gave insight on some other homecoming events taking place throughout the week.

“[Tuesday] is past to present in the HUB, celebrating the history of Penn State," Meyers said. "On Wednesday, we have the best of Penn State carnival on the HUB lawn, and we have rides this year. It is one of the first times we’ve been able to put rides on the lawn."

Grace McCarthy is a sophomore majoring in broadcast journalism. To contact her, email gem5279@psu.edu.

Students Learn How to “Rock Their Profile” at LinkedIn Seminar 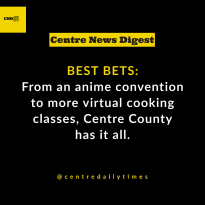 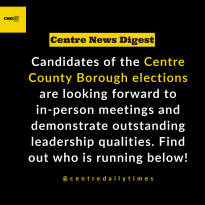