Happy Tuesday Centre County! Today's news is brought to you by Emily Grill! Don't forget to check us out on Instagram and Twitter! 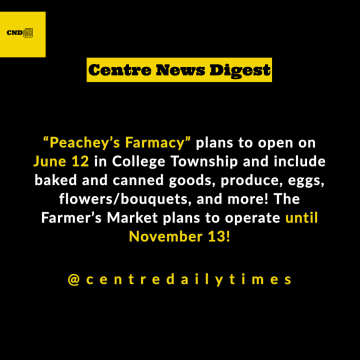 “Peachey’s Farmacy” plans to open on June 12 in College Township and include baked and canned goods, produce, eggs, flowers/bouquets, and more! The Farmer’s Market plans to operate until November 13! Story by Josh Moyer for The Centre Daily Times.

A new Amish farmers market is coming soon to Centre County. Here’s what to expect. 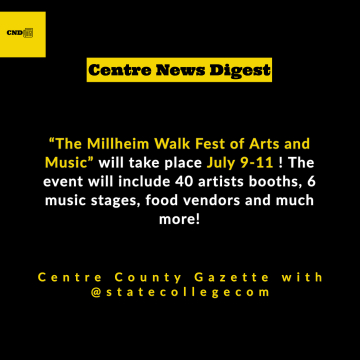 "The Millheim Walk Fest of Arts and Music"

“The Millheim Walk Fest of Arts and Music” will take place July 9-11 ! The event will  include 40 artists booths, 6 music stages, food vendors and much more! Story by the Centre County Gazette. 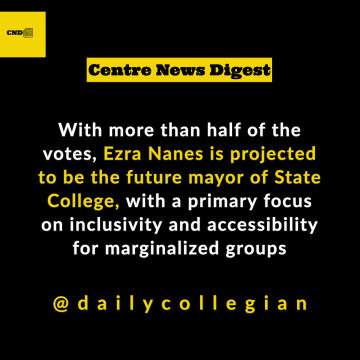 Ezra Nanes projected to be mayor of State College

With more than half of the votes,  Ezra Nanes is projected to be the future mayor of State College, with a primary focus on inclusivity and accessibility for marginalized groups. Story by James Engel for the Daily Collegian. 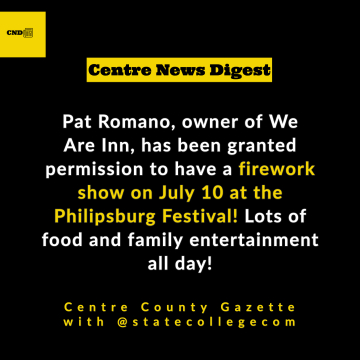 Pat Romano, owner of We Are Inn, has been granted permission to have a firework show on July 10 at the Philipsburg Festival! Lots of food and family entertainment all day! Story by the Centre County Gazette.

Fireworks to Launch at ‘Philipsburg Festival’ This Summer 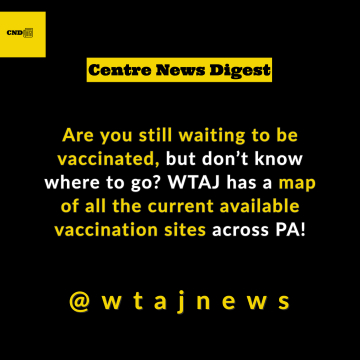 Are you still waiting to be vaccinated, but don’t know where to go? WTAJ has a map of all the current available vaccination sites across PA!