Homecoming At The Lion Shrine

Having a photo taken at the Lion Shrine has been a Homecoming tradition for many friends and families. Homecoming 2017 was no exception. Some people travelled from as far away as Panama. Others just walked down the street with the goal of getting a photo at the Shrine for Homecoming.

Intro to Photojournalism students from Bellisario College of Communications were assigned to each spend an hour at the Shrine photographing the people who came to be photographed. About 250 different photos were combined to make this mosaic. 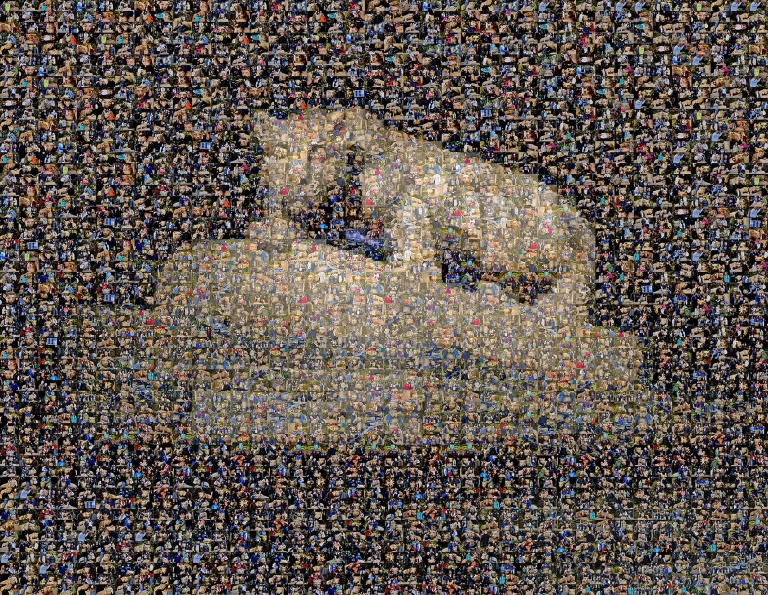