Photo posted December 14, 2021 in Best of CommMedia by Photography students

Moments of 2021 through the cameras of our photojournalism students. 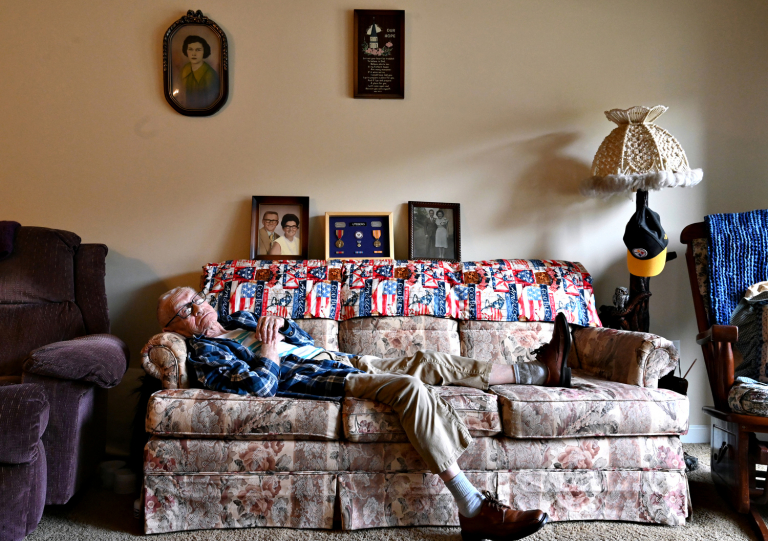 Carl Utberg, born Jun. 23, 1920, reminisces over a century’s worth of life experiences in his Grace Manor apartment in Indiana, PA on Oct. 15, 2021. Though Utberg is a World War II Navy veteran he attributes his greatest achievement to marrying his late wife Betty Cassiday Utberg. “I say ‘good morning sweetheart’ to her portrait (top left) every day,” said Utberg. / Photo by Leah Strong 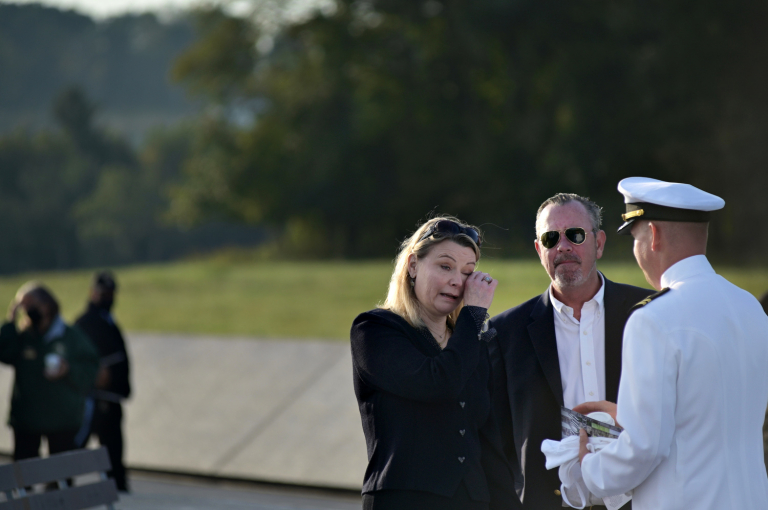 Sailors from the USS Somerset greet guests as they arrive for the 20th anniversary of the attacks of 9/11 to the Flight 93 Memorial in Pennsylvania. The Somerset is named for for Somerset County, Pa, the site of the 2001 crash. / Photo by Hunter Smith 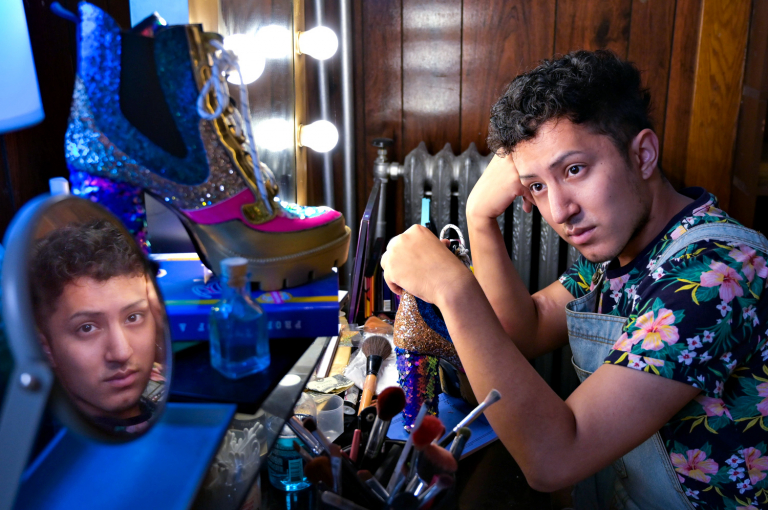 Kris Carrasco, a 21-year-old junior and musical theater major at Penn State, at his makeup station in his studio apartment on College Ave. onOctober 16, 2021. Carrasco does drag because it allows him to have creative freedom. "I am my own creative producer in all aspects. So, I get to do, tell the stories I want to, wear what the things I want to, and entertain in the way I know how," Carrasco said. / Photo by Teagan Staudenmeier 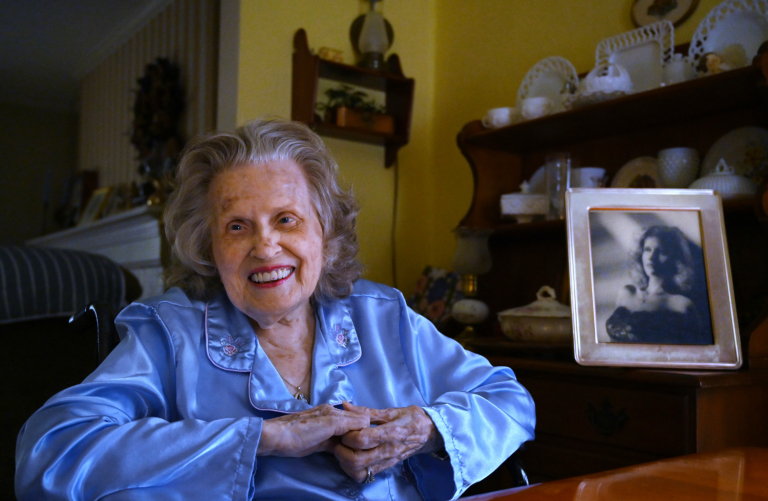 Dorothy Rezzolla, 101, recalls modeling for department stores and WWII pinup magazines as a young woman from her Indiana, PA residence. Pictured to the right of Mrs. Rezzolla is an image of her at age 19 modeling for Troutman’s Department Store. / Photo by Leah Strong 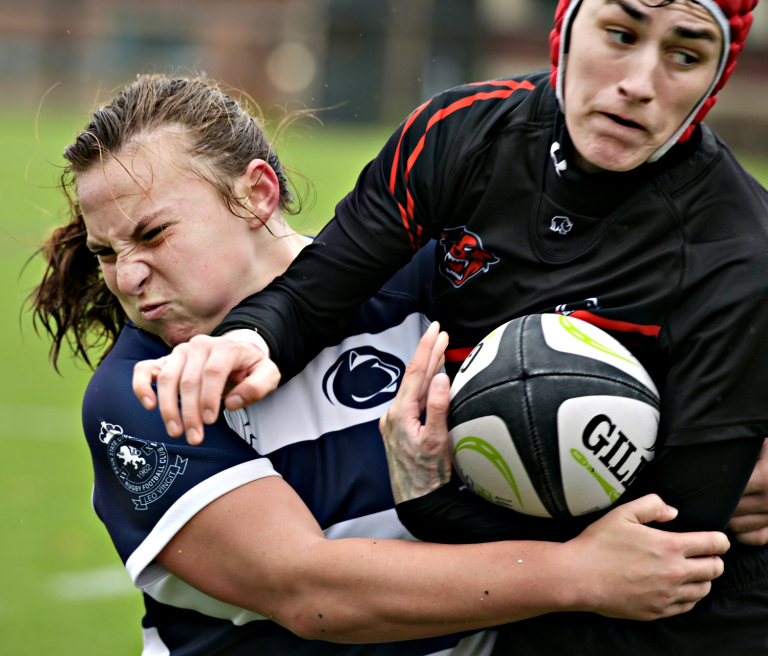 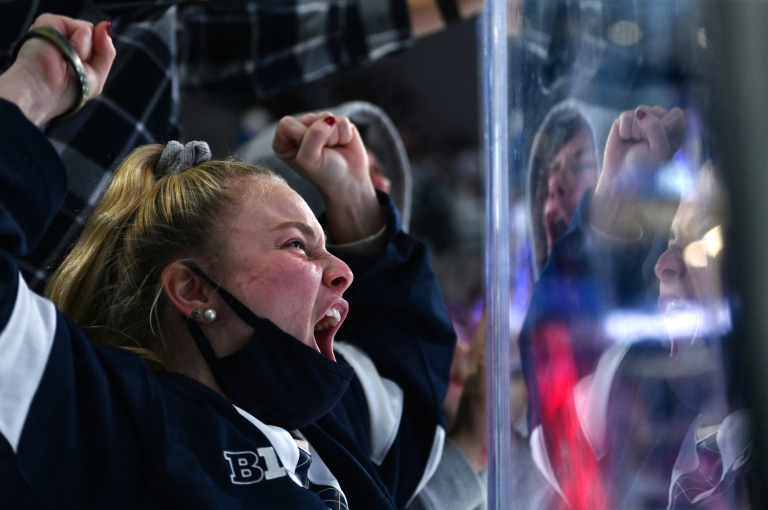 Fans cheer on their Penn State men’s hockey 6-2 win against Niagara on Oct. 22, 2021 at the Pegula Ice Arena. / Photo by Leah Strong 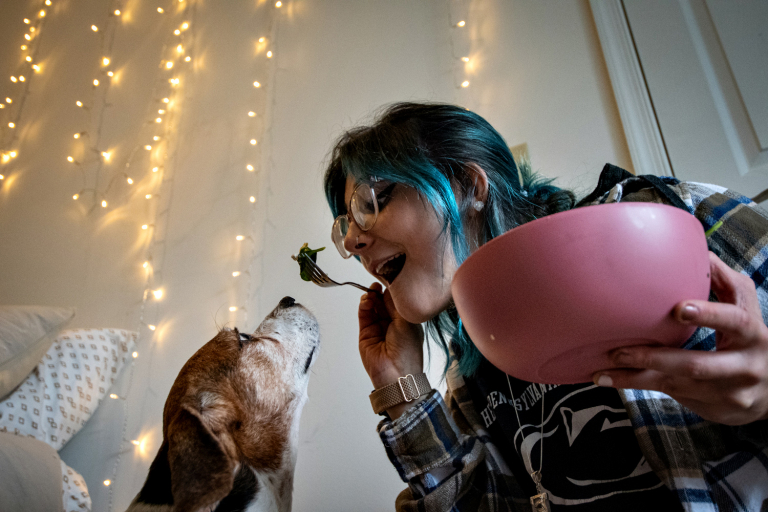 While sharing lunch with her beagle Brody in her apartment, Maddy Harner describes how having a dog has impacted her life. "Brady is my lifeline. Before I adopted him, every day dragged and finding purpose to continue on wasn’t easy. That all changed the moment I got him though." / Photo by Elijah Earnest 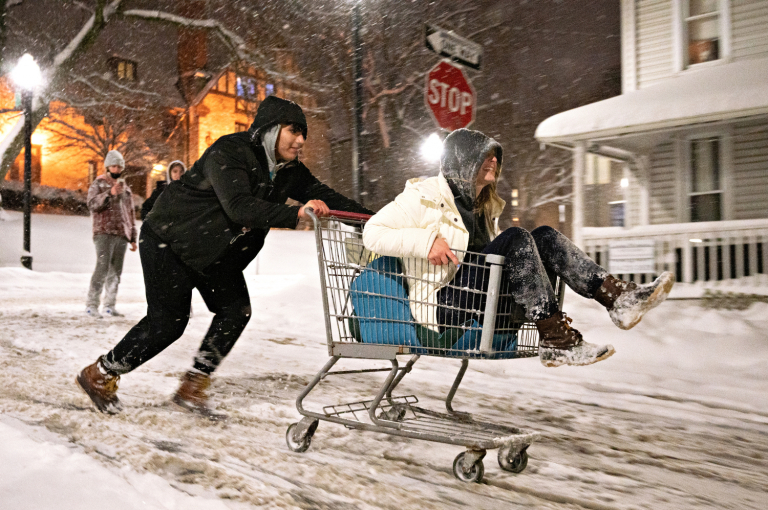 Penn State student Hailey Whalen gets a ride down a snowy State College street Feb. 1, 2021 after central Pennsylvania was blanketed with 10 inches of snow in two days. / Photo by Noah Riffe 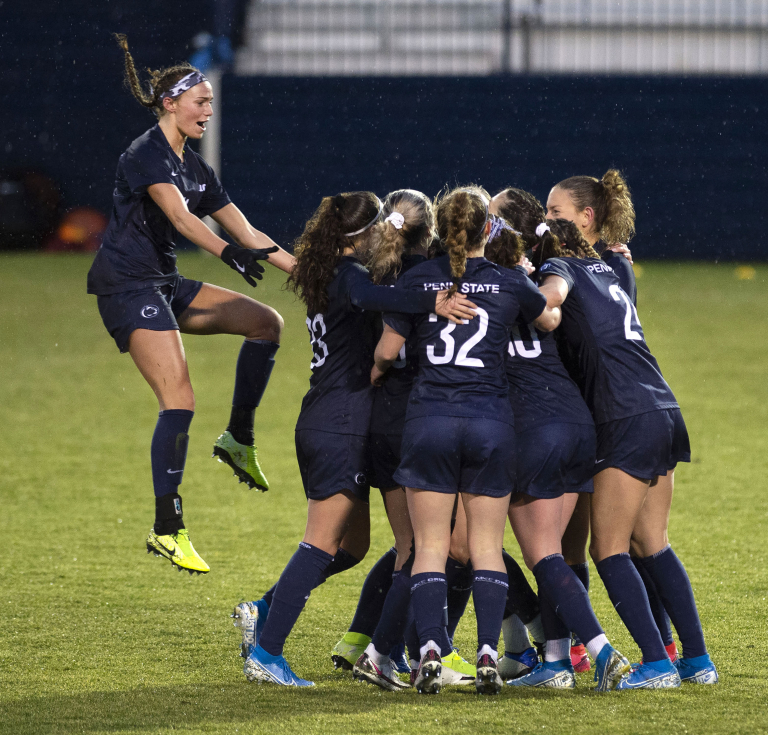 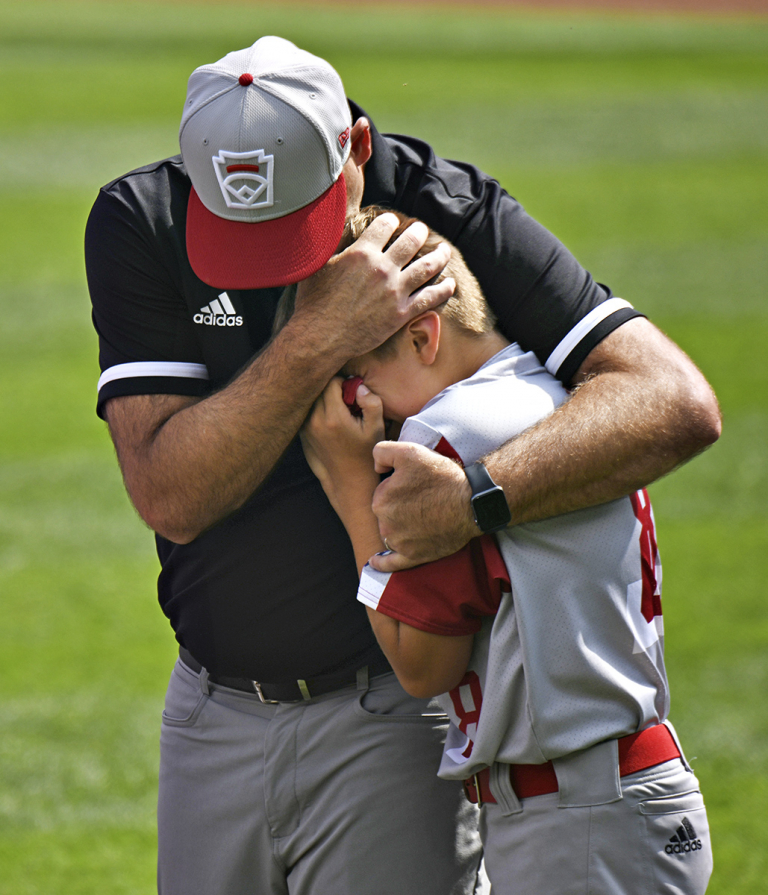 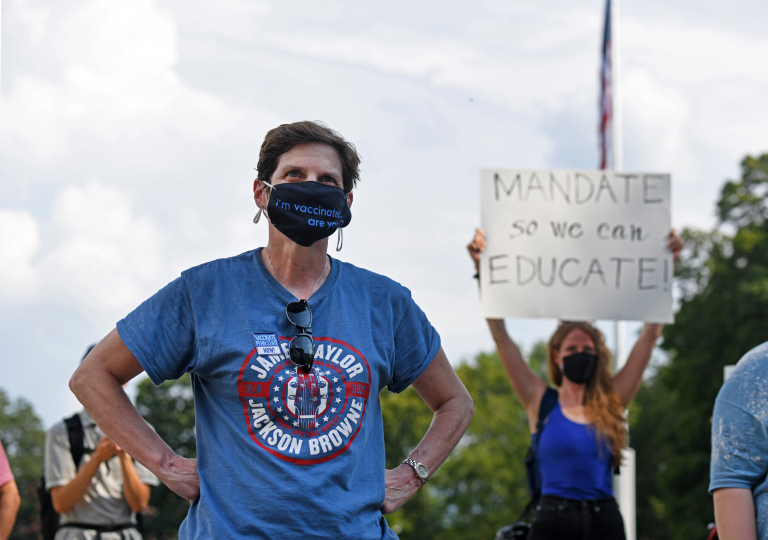 Amy Leddy, a former career counselor at Penn State, wears a mask reading “I’m vaccinated, are you?” during the Student-Faculty Rally to Vaccinate Penn State, organized by the Coalition for a Just University at Penn State, outside Old Main on Friday, Aug. 27, 2021 in University Park, Pa. Following the FDA’s first vaccine approval of the Pfizer-BioNTech coronavirus vaccine on August 23, faculty and students called for a vaccine mandate from Penn State as other Big Ten schools implement vaccine mandates. Leddy feels she was forced into her recent retirement, having to choose between work and her family’s health after submitting a request to work remotely and not receiving a timely response to the request. / Photo by Lily LaRegina 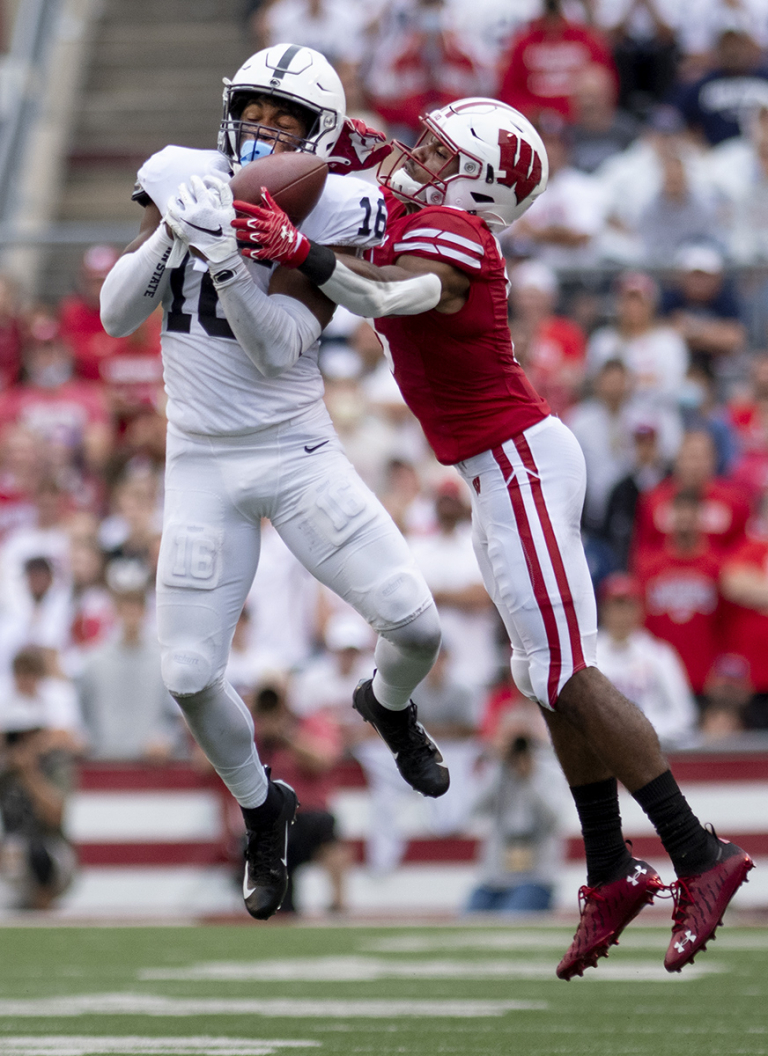 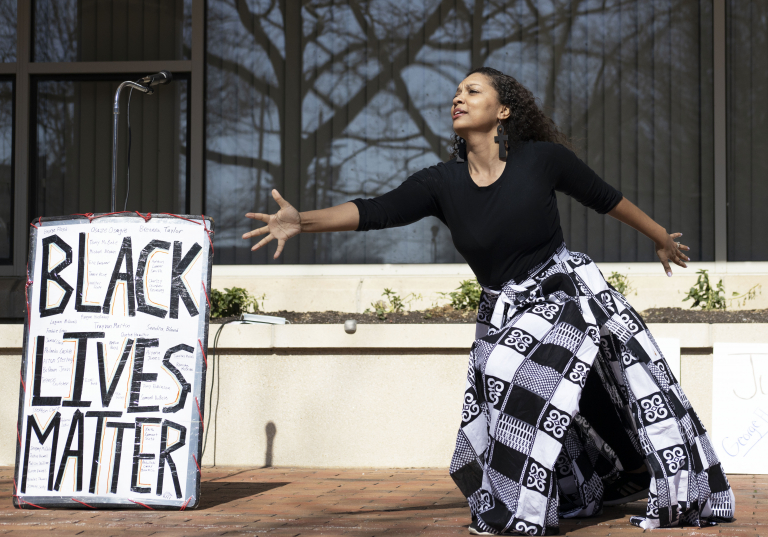 Aquila Kikora Franklin, an associate professor of theatre/dance at Penn State, performs a movement piece during the poetry slam outside the State College Borough Municipal Building as part of the lineup of events for the Honoring Osaze’s Legacy festival on Saturday, March 20, 2021 in State College, Pa. The festival concludes the 3/20 Coalition’s Ten Days of Action, marking the second anniversary of Osagie’s death. / Photo by Lily LaRegina 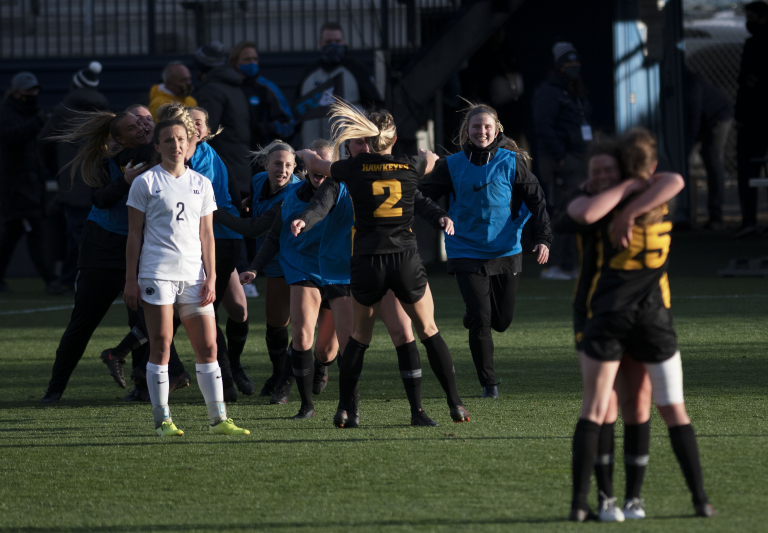 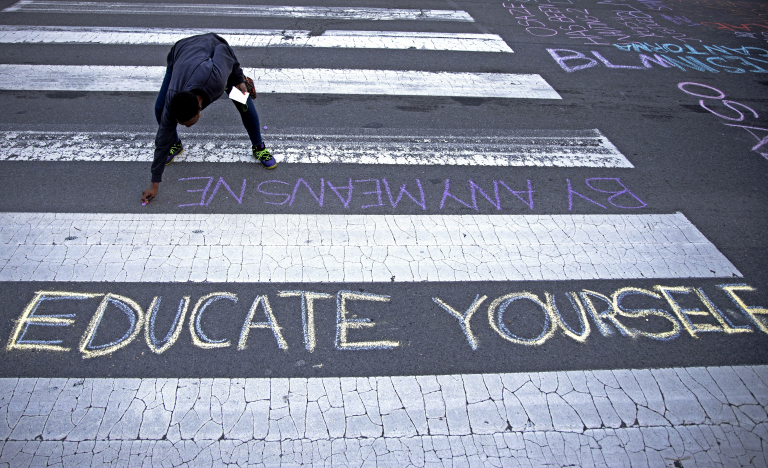 Tierra Williams, co-leader of the 3/20 Coalition, writes a message in chalk on College Avenue after the march in protest of the State College Police Department’s role in Osaze Osagie’s death two years ago in State College, on Friday, March 19, 2021. The protest march was part of the 3/20 Coalition’s Ten Days of Action leading up to Saturday, March 20, the second anniversary of Osagie’s death. / Photo by Lily LaRegina 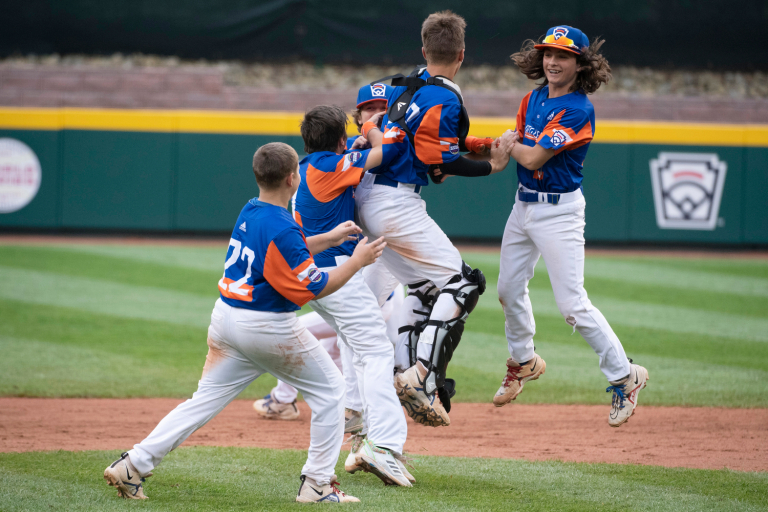 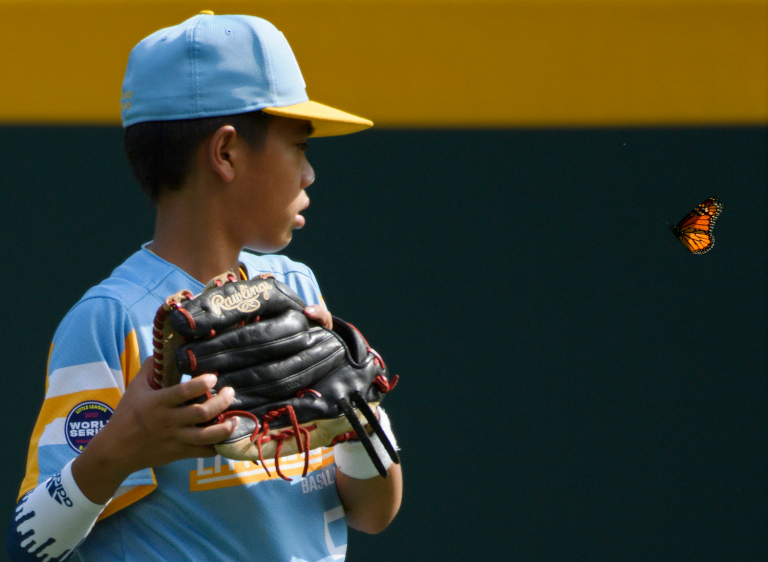 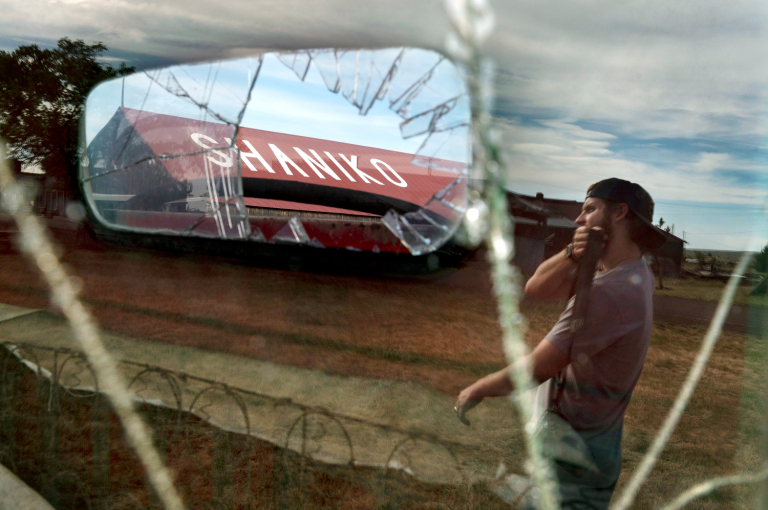 Chase Seabolt, 21 of Lubbock Tx., walks past an abandoned truck at the Shaniko Ghost Town Museum on May 31, 2021 in Shaniko, Ore. According to a State of Oregon website, the town’s heyday was the early part of the 20th century when it was the largest wool warehouse in the state. Even as a ghost town, Shaniko comes up short. According to the state website, “Shaniko attracts ghost town tourists every year, but water issues prevent large scale tourism.” / Photo by Noah Riffe 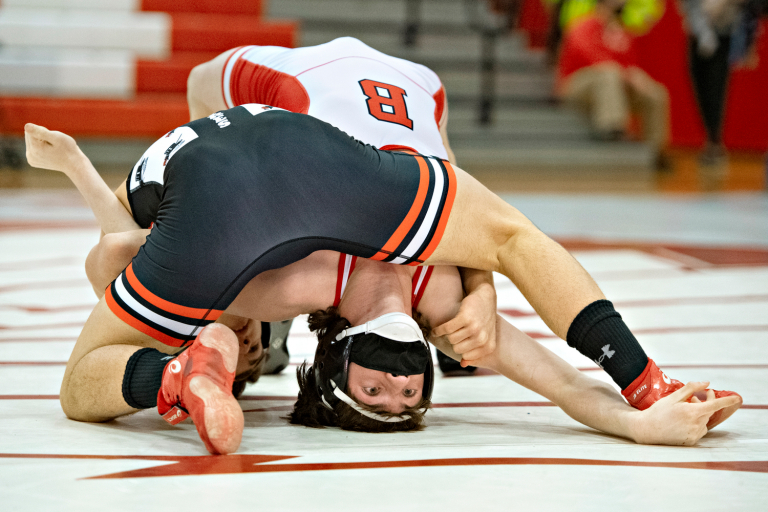 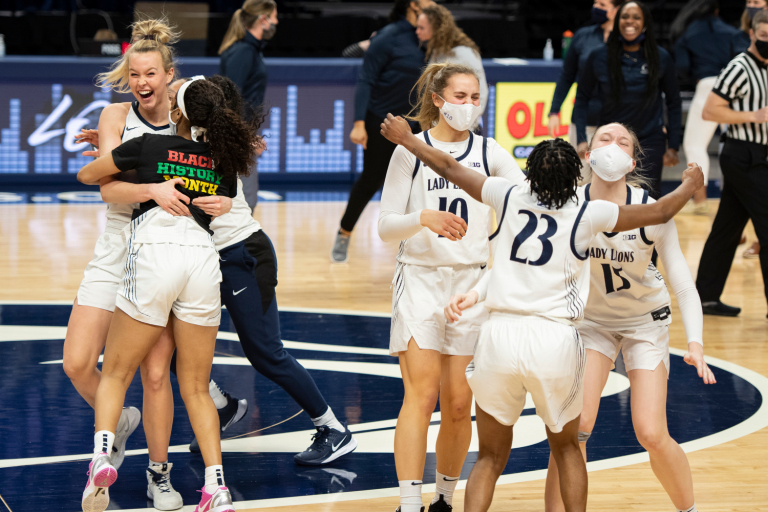