Story posted May 6, 2012 in News, Best of CommMedia by Renée Guida

Helen Grow has been taking care of her son, Russell, for the past 46 years. He has cerebral palsy and is deaf. Her choice to keep him at home instead of putting him in an institution was uncommon in 1965. Four decades later, she doesn't think twice about the decision.


A mother stands her ground

She had just given birth to her fifth child. His name: Russell Grow.

The pediatricians told Grow that her son had cerebral palsy. Later she found out he was deaf, too. 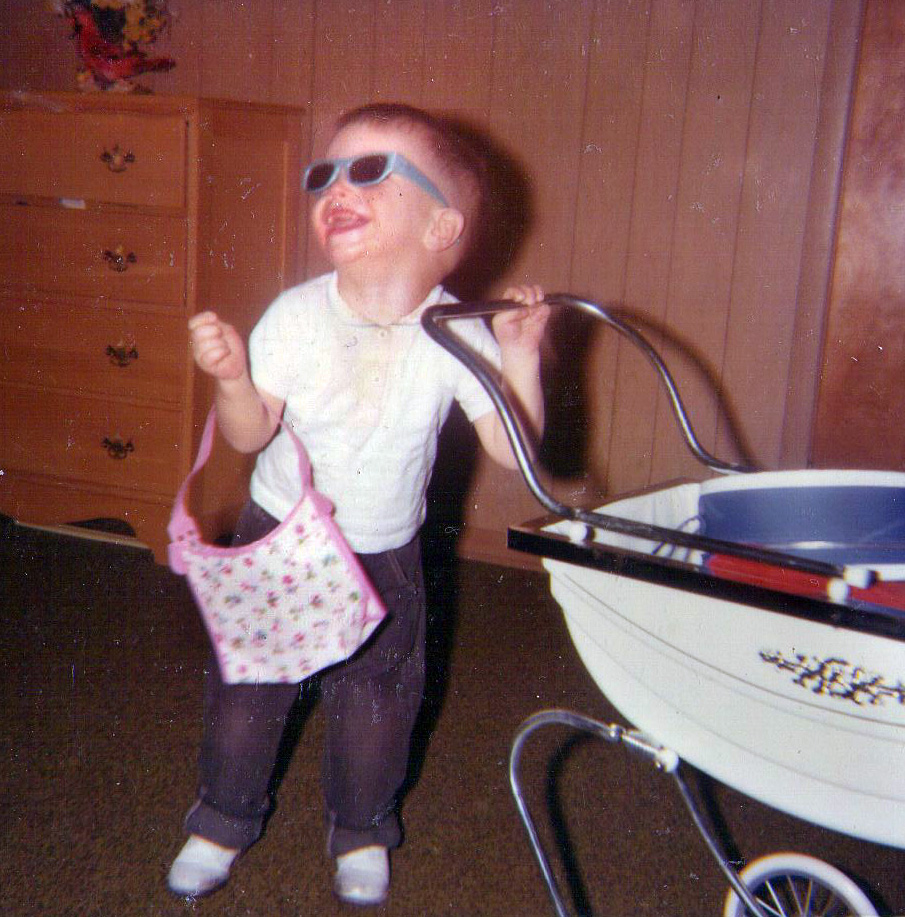 Grow was told to put her son in an institution, saying that he was going to be a "vegetable" for the rest of his life.

"I had four other children," she said. "I knew what he should do."

In a year, if he didn't do anything except stare at the ceiling, Grow decided she would put him in an institution.

"He tried to get his thumb in his mouth, and then when I saw how determined he was to do that at six months, then I knew we had something to work with," she said. "I just couldn't see myself parting with him."

During Grow's third pregnancy, complications arose. She has RH-negative blood, while her husband had RH-positive blood.  When Diane Grow was born, her body was fighting against the negative blood, so doctors and pediatricians performed an exchange transfusion.

Everything turned out fine.

Doctors had to do the same procedure the day Russell Grow was born. Things did not turn out as well.

His fine motor skills were going to be the most affected. He was also deaf.

Raising four other children, Helen Grow knew it was going to be a struggle to give her son all of the individual attention he needed from her.

She got help from professional physical therapists as well as from his brother and three sisters. 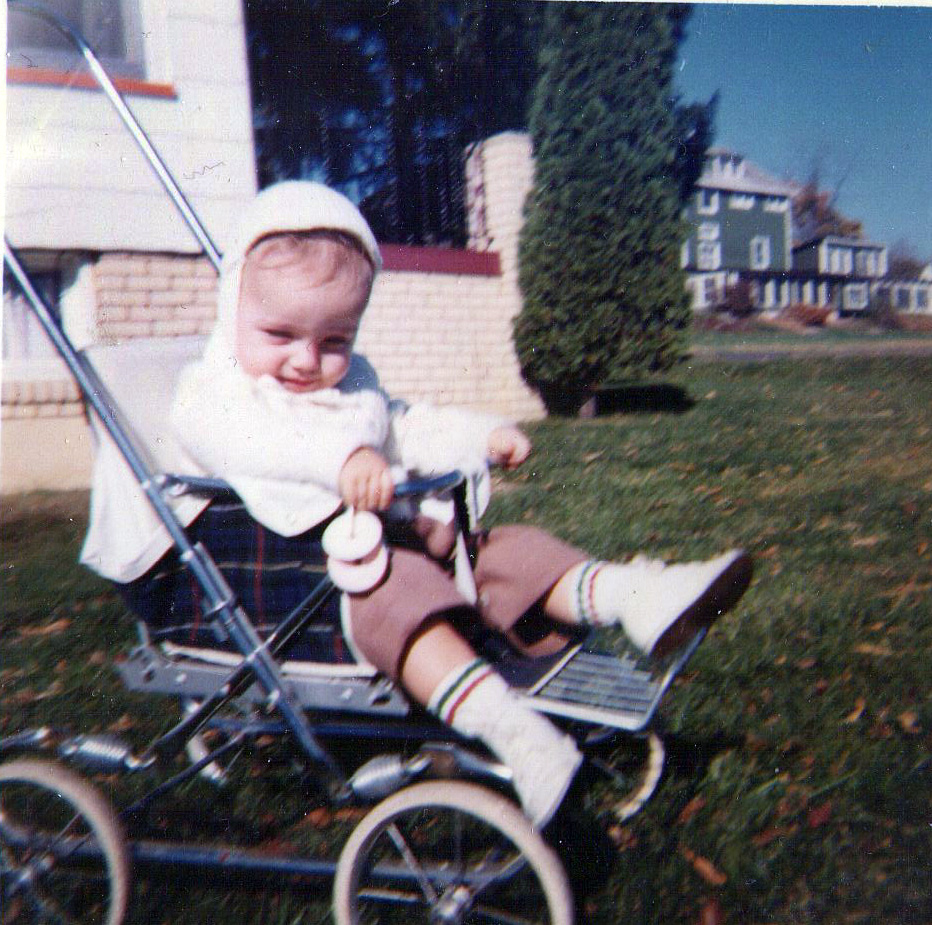 "I'd sit him up and I'd put his hands on each side of the carriage and I'd press on his hands to make him feel like he had to grab" the sides, Grow said.

Then they taught him to crawl. His siblings would put a sheet under his stomach, alternately moving his legs and arms in a crawling position. Eventually he memorized the physical motions and learned to crawl.

Russell Grow was sent to the Schuylkill County Intermediate Unit for the first four years of his life to receive physical therapy. He learn sign language at the Home of the Merciful Savior for Crippled Children in Philadelphia.

Helen Grow said looking for schools to further her son's therapy and education was not easy. She looked at a school in the Pocono Mountains area of Pennsylvania, but decided it wasn't the right fit for him.

"It was for severely retarded people," she said. "And here was a young boy, and he just grabbed my leg and looked up at me as much to say 'God don't put me here.'"

Eventually, he left home at age eight, attending a residential school, the Scranton State School for the Deaf.  This is where he received his basic education, learning to read, write and perform simple arithmetic. He graduated at age 21 and moved back home.

After graduation, he worked in a greenhouse potting, planting and watering flowers for 25 years.

With their first four children out of the house, Grow and her husband continued to take care of their son.

They knew one of them would continue taking care of their son if the other died.  However, they liked to travel and frequently flew and realized they needed to appoint a legal guardian for their son if they were killed together in an accident. 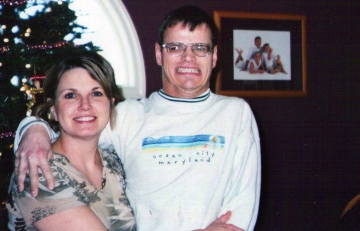 Their 21-year-old daughter, Dee and her husband Ralph Guida, were only married for two months when they agreed they would take care of Russell Grow after both of his parents died.  Dee Guida would become his official legal guardian.

Grow's parents both knew of the special friendship Dee and Russell had growing up, being only 14 months apart.

With the sudden death of her husband in May, 2003, Grow realized she had a new responsibility. She had to talk with her son and explain the concept of death.

"He finally realized what death was when his father died," she said. "I explained to him that your parents do die -- my parents died, but I said you won't be by yourself because I said, ‘Sister Dee Dee will take you into her home.’ And he was old enough to understand, and I just sat and talked with him."

"Sometimes I think he understands more than we give him credit for," she said.

Grow was left to take care of her 38-year-old son by herself. Eventually, she moved out of her house and closer to her daughter -- her son's eventual legal guardian -- in Harrisburg.

She puts his socks on and helps him with his shirt. She cooks him breakfast and cleans up after him. She waits with him as he watches out of the window for the bus to come that will take him to work. All before 7 a.m.

Russell Grow works at the Pollock Center for Industrial Training (CIT) in Mechanicsburg, Pa., where he helps pack boxes.

While her son is at work, Helen Grow has time to do laundry, housework and errands.

Fridays are his day off. He usually goes grocery shopping with his mother.
They also attend basketball games to watch Nick Guida, Grow's grandson and Dee and Ralph's son. The outings help Russell Grow feel more acclimated with the family and community. Russell Grow is able to spend more time with his sister.

Planning for the future

After the death of her father, it became evident to Dee Guida that there would soon come a time when she would have to take care of her brother full time.

With three of her own children, Mark, Renée, and Nicholas, Guida had to think about the possibility of taking care of her brother while also raising her children.

“I didn’t want my children to have to suffer … to have that all the time to deal with,” she said.
Now, with two of their children out of the house, Guida and her husband said it will be easier if Grow was to come live with them permanently tomorrow.

“Nick is soon to graduate, and even if Nick for some unforsaken reason would maybe have a year here at home and my mom wasn’t around, I think he’d be okay with it because he’s old enough to understand now,” Guida said.

Guida says she expects changes to be made once her brother lives with her full time. Although he can be left alone for a few hours, his inability to hear and verbally communicate poses a risk if there was an emergency.

She says they will have to get him a Personal Emergency Alert Device.

His rigid muscular movements make it difficult for him to walk and especially maneuver flights of stairs.

“This house … would probably need ramping and a first floor bedroom,” Guida said. “A motorized scooter is in the plan so that we can take him to the mall and he’d be able to go around.”

“We’ll take advantage of technology,” Ralph Guida said. “He doesn’t know what he’s in for.”

Dee and Ralph Guida are both working people who will not be able to be with Grow every second of every day.

Dee Guida said she is hopeful that her brother will be able to work for a long time.

“If he’s not able to do the job he’s doing now, like as time goes on his cerebral palsy gets worse and worse, [CIT] have other positions there that would be less physical,” she said.

If Grow can work, Guida will still be able to teach and take care of him at night when they both get home.

“I think just from a time I was younger, I do fly by the seat of my pants,” she said. “What happens happens. We’ll take each day as it comes.”

Helen Grow says years of working with her son and taking care of him have paid off.

"He's rather sufficient in his own way," she said. "He got to have a normal life with his family."
Grow realizes how different her life is because of her decision 46 years ago not to put her son in an institution. 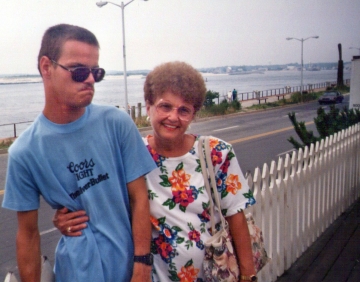 Russell Grow can do a lot of things on his own, including brush his teeth, take a shower, and dress himself. But there are some simple tasks that he will never be able to overcome.

"He could never tie his shoes," Helen Grow said. "He tried so hard to tie."

She got him Velcro shoes, which she puts on for him as well.

As Russell Grow gets older, it is becoming more difficult for him to sit up straight, walk and eat - anything that requires muscular movements. He uses a walker to get around more efficiently.

Grow still has his mother, and she her son, who gives her the company she wouldn't have had now in her old age.

"Right now, he's a pretty good guy to have around," she said.

Helen Grow has been widowed for eight years. There will come a time when she is unable to care for her son, Russell, like she has done for so many years.  Dee Guida describes her relationship with Russell as well as his relationship with the rest of the family.


Life with his sister

Russell Grow will live with his appointed legal guardian, Donna Guida, when his mother cannot take care of him anymore. Guida describes what life will be like once she and her husband, Ralph, are taking care of her brother full-time. She says she expects she will care for him differently than her mother has for so many years.

Russell Grow works at the Pollock Center for Industrial Training, where he packs boxes. He enjoys his work because he feels like he accomplishes something every day. A discussion in the kitchen illustrates the magnitude of his accomplishment. When Helen Grow asks him to describe what he does, Russell struggles to answer that simple question.

I am a senior majoring in broadcast journalism with minors in English and Theatre. I am able to write articles as well as feature profiles through my experience as a reporter for my college newspaper as well as a marketing communications assistant. Incorporating multimedia with written text allows stories to come to life. The internet has become an increasingly popular place to acquire information for many people. I have gained experience with video and editing from political, entertainment and hard news aspects of journalism. Even further, having the marketing skills allows me to determine demographics and create ways to attract different audiences to stories, whether they are written, video, photos or a combination of them all.

Construction provides a path for Rio women to rebuild their lives