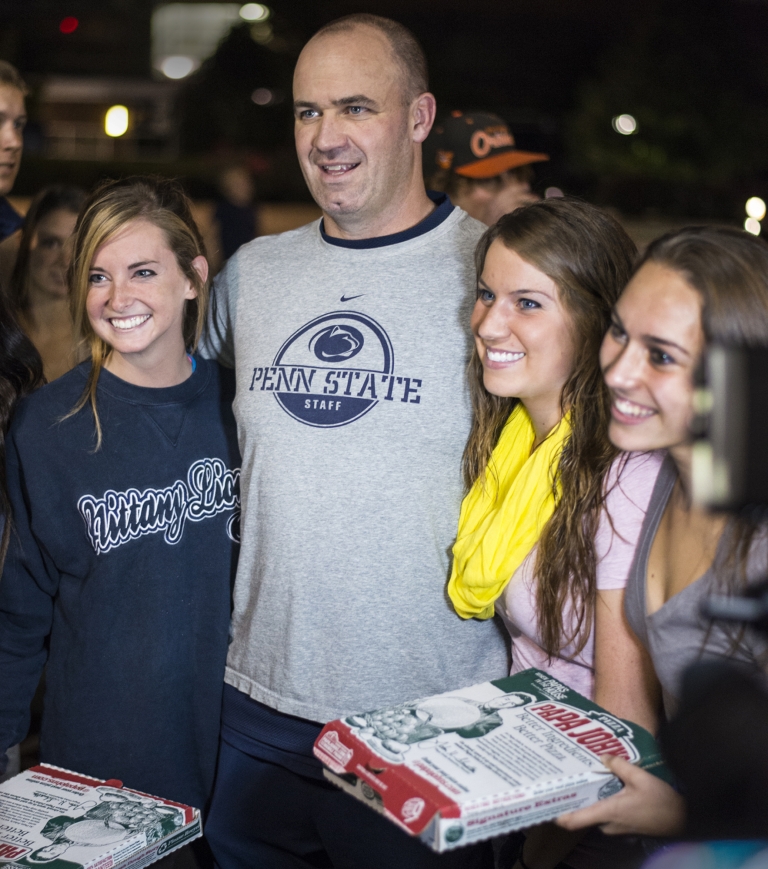 Coach Bill O'Brien poses with Penn State students after he and team members delivered pizzas to fans camping out at Nittanyville in front of Gate A at Beaver Stadium. Pictured from left are, Rebekah Baker, O'Brien, Alyssa Munar and Victoria Fenton, O'Brien thanked the fans and urged them to be at the stadium for the noon kickoff against Northwestern. / Photo by Steven Osborn