Olive Oil: What’s In Your Bottle? 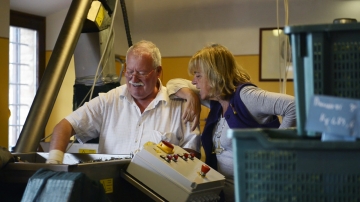 It was just another Thursday in 1986 for most Italians. But instead of being a normal sip-a-morning-cappuccino, savor-a-two-hour-lunch, Italian kind of giovedí, it was the day McDonald's arrived in Rome.

More than 300 miles away from the new set of golden arches near the Spanish Steps, Carlo Petrini saw this as the threatening dawn of fast food culture. So he began organizing the now international Slow Food movement. 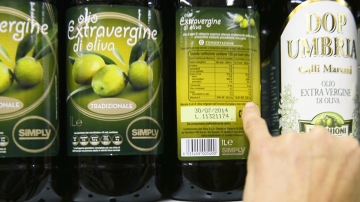 Olive oil is known for its deep roots and small producers, which Slow Food advocates hope to protect from industrialization - industrializzazione. Historically, olive oil has been cherished for its purity since its first use as a perfume in the Middle East during the third century B.C. Now, it is a global food made by generational family businesses and large companies alike. And, it comes in many types, including the most valuable extra virgin grade. 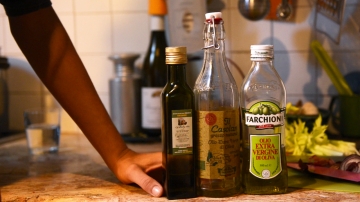 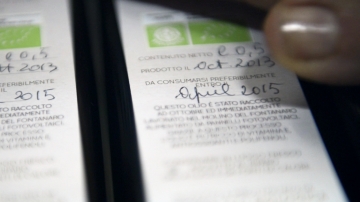 Unfortunately, not all consumers understand how to tell the difference between extra virgin and other types of olive oil, let alone that there is a problem sparked by the difference. In fact, Mueller says not even one-third of olive oil consumers understand the problem in buying olive oil that is not the fresh, quality product it claims to be. This is especially worrisome for Slow Food advocates who live by quality. They are nervously witnessing a slow decline in small, local extra virgin olive oil producers as big-name brands attract more consumers with cheap products. 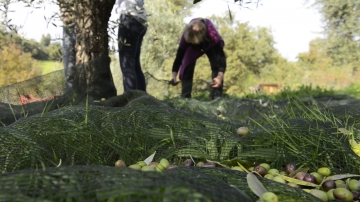 Not only is some extra virgin olive oil falsely labeled, it is also lacking identity - identità. Every time mass-produced olive oil passes through a factory, it loses its connection to the land on which its olives grow. French social scientist Claude Fischler addresses this problem of food identification in his article “Food, self and identity.”

“Modern food has become in the eyes of the eater an ‘unidentified edible object,’ devoid of origin or history, with no respectable past-in short, without identity,” Fischler writes. Without identity in their food, consumers cannot establish a sense of themselves because, as Fischler explains, food determines human biological, psychological and social identity.

Truth in a bottle

Among today’s abundance of globalized, non-identifiable food, there still exist some regional products that Slow Food members promote. True extra virgin olive oil is one of those and it plays a major role in the identity of Italians.

By definition, extra virgin olive oil is a fresh product - prodotto fresco. Olives are pressed to obtain their juice the same day of harvest. There is no middleman or long trek involved in processing real extra virgin olive oil. An extra virgin olive oil producer, typically also the farmer and proprietor, ensures the oil is a product of his or her land and hands. It retains characteristics of the soil from which the olives grew and the producer’s methods bring to the oil unique traits. 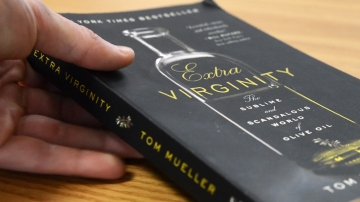 Even though the majority of extra virgin olive oil in American supermarkets fails to meet the definition of true extra virgin olive oil, consumers hungry for the authentic product are not out of luck. Mueller’s book Extra Virginity: The Sublime and Scandalous World of Olive Oil is just the one piece of literature that teaches consumers about globalization and the inner workings of the olive oil industry. Further, online resources, like truthinoliveoil.com, guide American consumers with lists of quality olive oil stores in nearly every state. Many of these listed stores operate websites that share product specifications and producer contact information.

Reclaiming the lost identity of extra virgin olive oil is possible with this accessibility to information about olive oil. Consumers may not have easy access to the site of production, but through online media and retail outlets they can connect with the extra virgin olive oil producer, who is oftentimes eager and willing to share their knowledge. 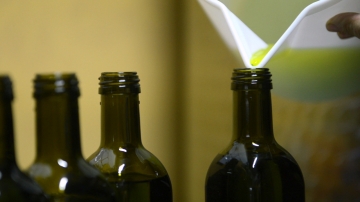 One of those producers is Fontanaro Organic Farm Houses in Paciano, Italy. The family-business website accommodates both English and Italian speakers. It hosts a variety of information, from product specifications to biographical and contact information. Fontanaro.it also features images of the producing family and their land that hosts extra virgin olive oil production.