In an effort to expose a larger population of readers to “classic” films, CommRadio’s arts & entertainment department is providing a weekly retrospective of notable motion pictures. These movies are selected individually for their cultural and cinematic achievements. For this submission to the Deep Focus catalogue, our department has chosen Orson Welles’ 1941 landmark film, “Citizen Kane.” 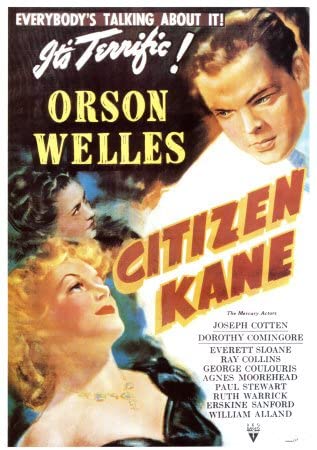 On Sept. 5, 1941, RKO Pictures released “Citizen Kane,” Orson Welles’ career-defining picture and arguably one of the most influential and critically lauded films to ever be released. The film pioneered many techniques in filmmaking and storytelling that its influence was seen almost immediately in films released after it.

So why did one of the most well-regarded movies in American cinema lose $160,000 in its initial run and get dismissed by contemporary reviewers almost immediately after its release? The answer lies in the controversial inspiration of the film itself.

“Citizen Kane” tells the overarching story in the life of the fictional Charles Foster Kane, an influential newspaper publisher who lived a very public life. The film revolves around a reporter looking for the meaning behind Kane’s final word “rosebud,” which the editor of the reporter’s paper believes will make a great story, cashing in on Kane’s popularity with the general public.

Through the reporter’s quest to find a story through one word, he interviews the people who knew Kane the closest. The viewer learns something different about Kane through each interview, which ranges from Kane’s best friend to his mistress whose opera career he boasted.

These interviews bring Kane’s character more to life, picturing the newspaper tycoon not as the rich, personable character he’s known as to the public but rather the lonely, isolated figure he was by the end of his life.

“Citizen Kane” went on to be nominated for 10 Academy Awards, winning only for best screenplay. In the immediate years following its release, the film and Welles’ standing among film critics fell out of favor, and both were relatively dismissed by the general public.

The film's relative lack of success can be attributed to one of the main inspirations behind the film, William Randolph Hearst.

Hearst, a newspaper tycoon who lived a life that resembled that of Kane’s in the film, was displeased about his role as the inspiration for the character. Due to his control over a number of publications and cinemas in the nation, he did everything in his power to squander the film.

These actions included putting a gag order on his critics from mentioning the film, let alone reviewing it, to threatening the release of an exposé on the practices of major studios hiring immigrant work that could be done by Americans. While the film did see a release in American theatres, it went largely unnoticed and failed to make back it’s $840,000 budget.

It wasn’t until after the death of Hearst in 1951 and the persistent airing of the film on television that the film’s critical standing was regained. By 1958, a poll of over 100 film historians ranked “Citizen Kane” one of the top 10 pictures in film history.

A number of iconic film directors also praised the film as having influenced them in some way, ranging from Stanley Kubrick to Martin Scorsese.

The film’s screenplay is often considered to be one of the best, with the non-linear telling of Kane’s life being considered revolutionary to the way stories could be told. Welles’ cinematography also had a major impact on filmmaking, as his use of deep shots and low camera angles influenced many films that were released soon after.

This masterful cinematography can be seen in the film’s opening scene, widely regarded as one of the most famous in film history, as a dying Kane utters his final word, while the snow globe he grasps falls to the ground, shattering into pieces.

Even though Welles would make films after “Citizen Kane” due to its financial failure, he was never again given complete control like he had on his 1941 masterpiece.

A testament to the impact of the film is it’s prevalence today, as it is still regarded by many critics and people alike to be the greatest film ever made.

While watching “Citizen Kane” and understanding the influence the fictional title character had on the public, it’s easy to understand why Hearst was able to squash the film’s ability to survive following its initial release. Sometimes, the story isn’t the story itself but the characters involved behind it.