The CommRadio Arts & Entertainment Staff revisits some of the most iconic albums from 1966 in this week's edition of Looking Through Time. 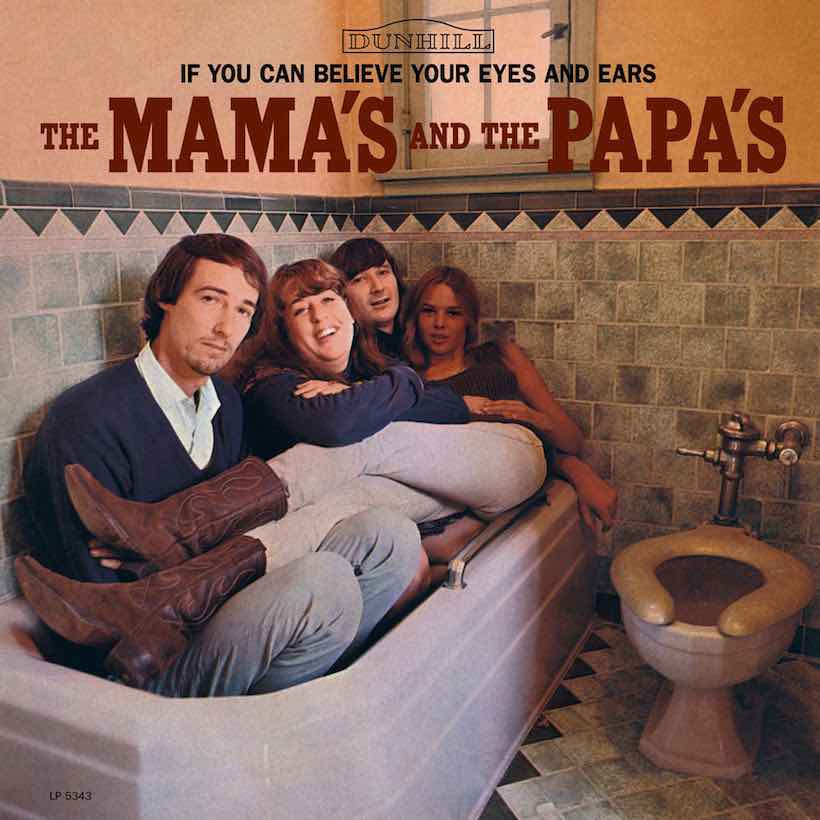 “If You Can Believe Your Eyes and Ears” was the Mamas and the Papas’ wildly successful debut studio album. The young, rising folk band would only have a short run throughout the 1960s, but it was able to create incredible shockwaves throughout the music scene during that time span.

John Phillips and Cass Elliot were arguably the driving force behind the band’s success, with Philips orchestrating the sound of the band. After 1966, the band would move on to become one of the headlining acts of the Monterey Pop Festival, cementing its place as a force in the counterculture movement and music history.

Laced with some of the band’s most celebrated songs, “If You Can Believe Your Eyes and Ears” is perhaps one of the greatest debut albums in music history. “Monday, Monday” has become a staple of the the Mamas and the Papas’ career, becoming a symbolic opening to the album as if it was setting a precedent. However, “California Dreamin’” is easily the standout of the album, and for good reason.

“California Dreamin’” has lyrical depth, exploring the beauty of California away from a “gray” and lonely New York City, where the song was initially penned in 1963 by Phillips. The instrumentation caters to the track perfectly, beginning with an eerie acoustic guitar and moving toward a nuance of tambourine and even flute, which was unknown in pop music at the time. Throughout the album, the band experimented with sounds rarely heard in that era. “California Dreamin’” is the song that would confirm the Mamas and the Papas’ place as one of the legendary California bands.

As a whole, “If You Can Believe Your Eyes and Ears” sets the stage for what the band was capable of achieving. While creating vocal harmony certainly wasn’t something new in the music industry (the Beach Boys made a brand out of it years earlier), the Mamas and the Papas’ worked with a complete range of vocal talents via a balanced effort of men and women in the group. After years of strict separation between “boy bands” and “girl groups,” The Mamas and the Papas brought the two sexes together (finally) for a masterpiece.

The album explores their potential in blending vocals beautifully, along with their ability to make a song entirely their own. “Do You Wanna Dance” may have been made popular by the Beach Boys, byt the Mamas and the Papas molded the track into something that was theirs.

In their short run as a band, the Mamas and the Papas consistently sought inventive ways to make the competitive industry their own.  —Jade Campos 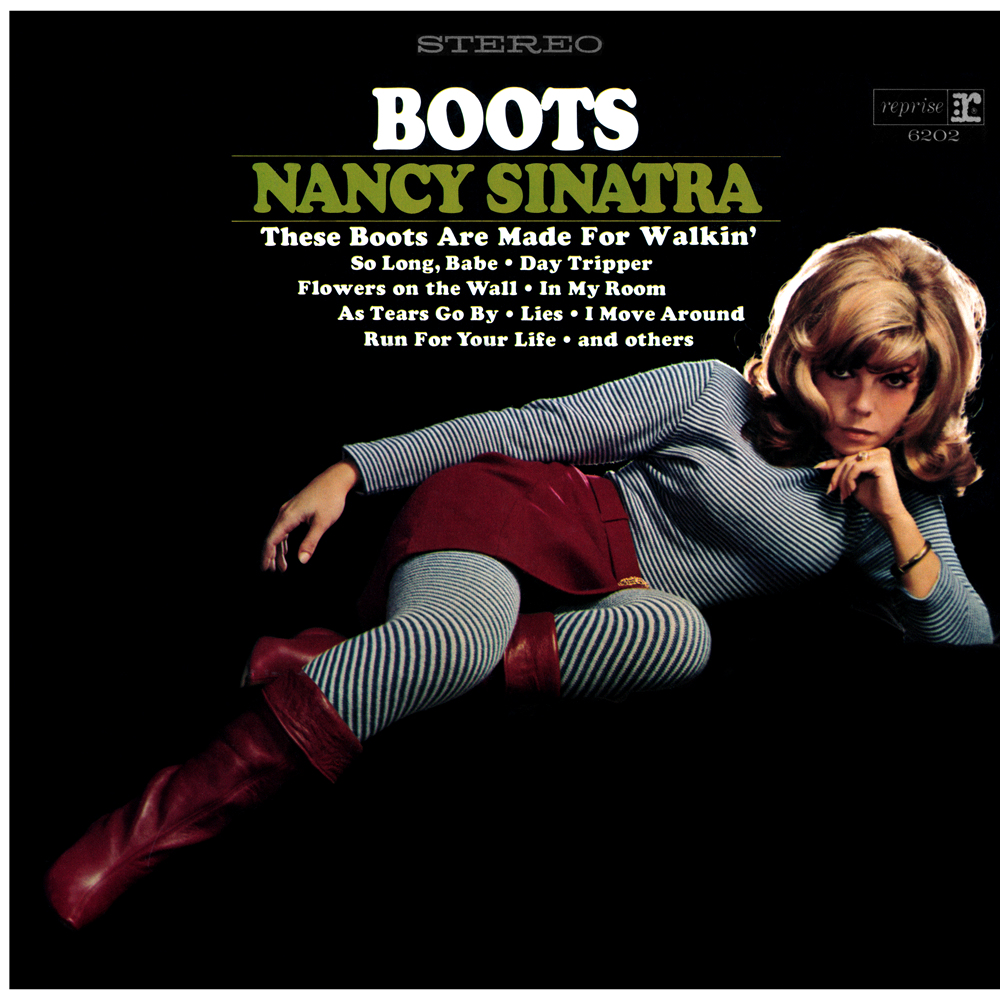 Bursting onto the scene with a bold expression of femininity, Nancy Sinatra kicked off her enduring career with her lighthearted and frisky debut album “Boots.” Daughter of the iconic Frank Sinatra, she stumbled at first to find her footing in the music industry despite her father’s assistance. Barely escaping being dropped by her record label, Sinatra found the assistance of Lee Hazlewood to produce her first record; the outcome was an instant pop culture phenomenon.

Overflowing with playful covers of classic pop tracks, “Boots” was injected with Sinatra’s feminine presence in several classic songs of her time, such as “Day Tripper” and “Flowers on the Wall.”

Transitioning between heartfelt ballads such as “As Tears Go By” and “If He’d Love Me” and fierce upbeat tracks such as “So Long Babe” and “Lies,” Sinatra arrived on a style that was entirely her own. She was able to flawlessly take songs written for males and flip them to express a female’s viewpoint. For instance, the track “Run for Your Life” is a cover of an often overlooked Beatles’ song. Sinatra noteworthily shifted the narrative of the song from being about a man threatening an unfaithful woman, to a woman threatening an unfaithful man.

Her most successful hit is the classic “These Boots Were Made for Walkin’”. Flashy and overflowing with moxie, the track was initially written from a male point of view. However, Sinatra convinced Hazlewood to rewrite the song from a female viewpoint in order to remove the aggressive tone it originally carried. Changing the song into a lively statement of the times, Sinatra went on to solidify her career with a massive international hit.

“Boots” rocketed Sinatra to the forefront of the pop charts and even landed her the chance to sing the theme song to the 1967 James Bond film “You Only Live Twice.” Providing a noteworthy female presence, Sinatra became an instant sex symbol and paved the way for several female artists to come.  —Scott Perdue 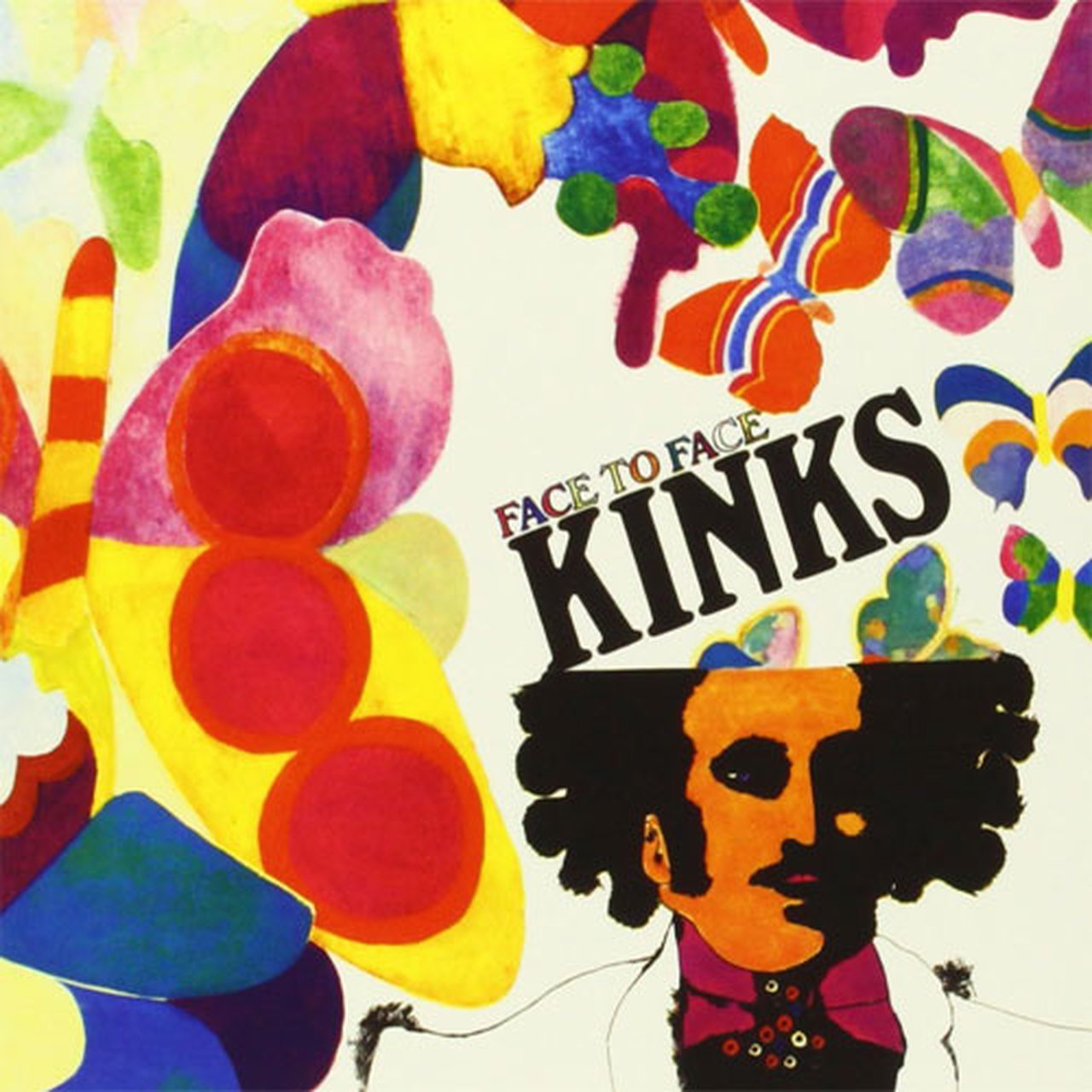 While the Beatles were reinventing their sound with their 1966 masterpiece “Revolver,” another British Invasion band was doing the same thing.

Previously known for punchy pop hits like “You Really Got Me,” “All Day and All of the Night” and “Till the End of the Day,” the Kinks took a stylistic turn with their fourth studio album “Face to Face.” Instead of continuing to produce simple, catchy, hard-driving rockers, the Kinks took a step back to put their focus on lyrical content and more musically complex themes.

Other highlights include the moody “Rainy Day in June,” the introspective “Too Much on My Mind,” the rollicking opener “Party Line” and the uptempo, bluesy twist “Holiday in Waikiki.”

Although “Face to Face” was a new venture for the Kinks, they didn’t change everything. Sprinkled throughout the record in heavy doses is all the pieces that previously made the Kinks one of the most beloved artists of the era: Davies’ comedic and occasionally dark lyrics, brother Dave Davies’ powerful guitar licks, and the expertly crafted backdrop of the rhythm section, comprised of Quaife and drummer Mick Avory.

All in all, “Face to Face” marked the beginning of the Kinks’ “golden age,” as all-time classic albums like “Something Else,” “The Village Green Preservation Society” and “Arthur” soon followed. The start of the British Invasion’s shift in sound partially began here.  —DJ Bauer 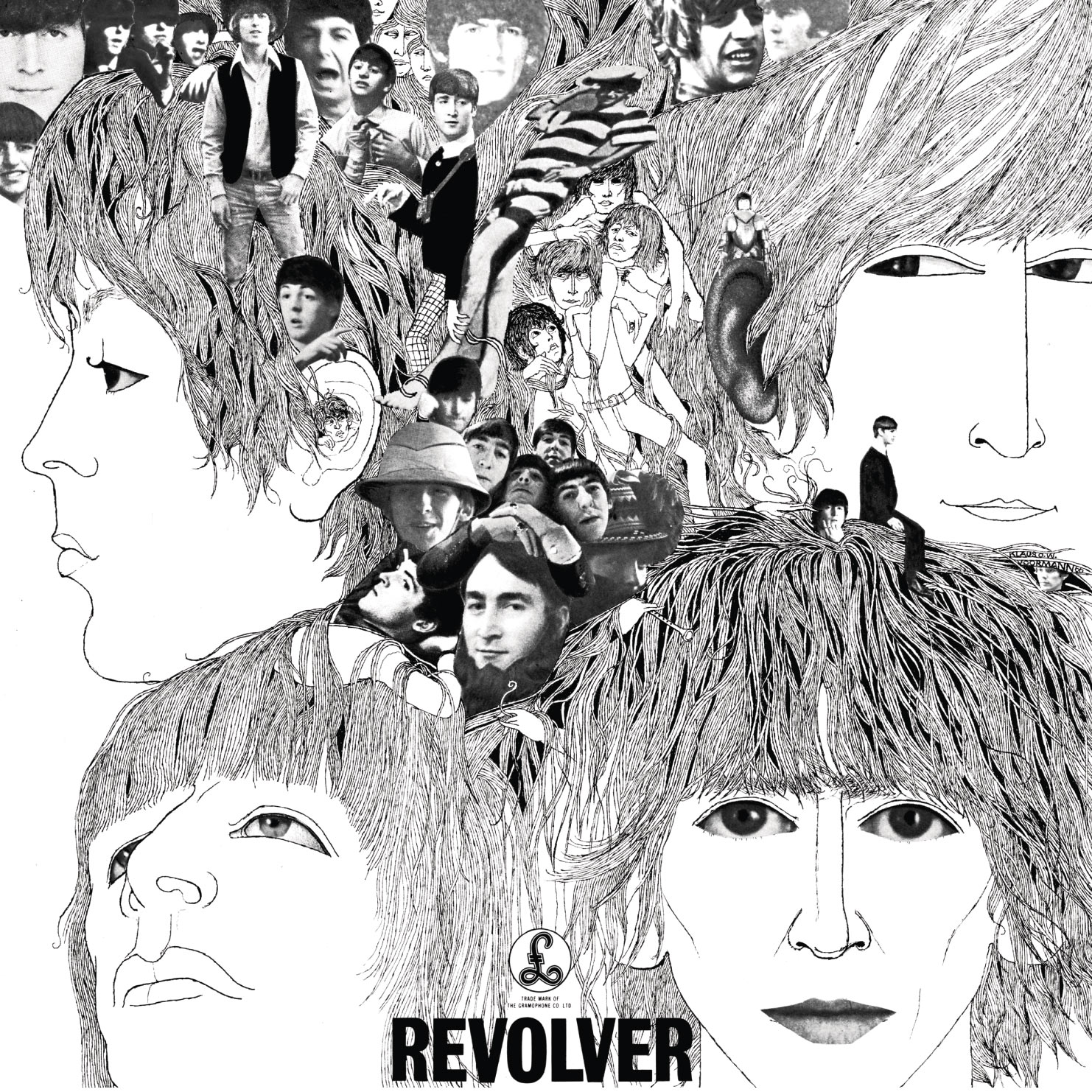 On Aug. 5, 1965, the Beatles released their seventh studio album, “Revolver.” Ranging in styles and regarded as an innovative album, it also marked their final project before retiring as a live act.

The Beatles, now heavily regarded as the greatest and most influential band of all time, were part of a revolution. In part with the “British Invasion,” “Revolver” expanded on the experimentation that had slowly started showing in the Beatles’ previous work, such as the 1965’s “Rubber Soul”, ultimately marking the departure from the band’s original pop style in songs like “I Want to Hold Your Hand.”

“Revolver” contains some of the Beatles’ most well-known songs: Through “Taxman” and Eleanor Rigby,” listeners are taken on a trip through different characters and their little moments of life in two-minute chunks. “Yellow Submarine” contains the band’s most psychedelic and playful lyrics with the meaning being something different for every listener. “Good Day Sunshine” is a pleasant song and, compared to some of the others, is a bit of return to tradition without much experimentation. “For No One” and “Got To Get You Into My Life” are other highlights as well. Truly, the Beatles hold such legacy and influence that their collection is still being analyzed and dissected in a day where each and every one of their songs is recognizable and worthy of discussion.

Over 50 years old now, “Revolver” is still being played endlessly on radio stations, being re-released on vinyl, and being regarded as one of the Beatles’ very best albums.  —William Roche 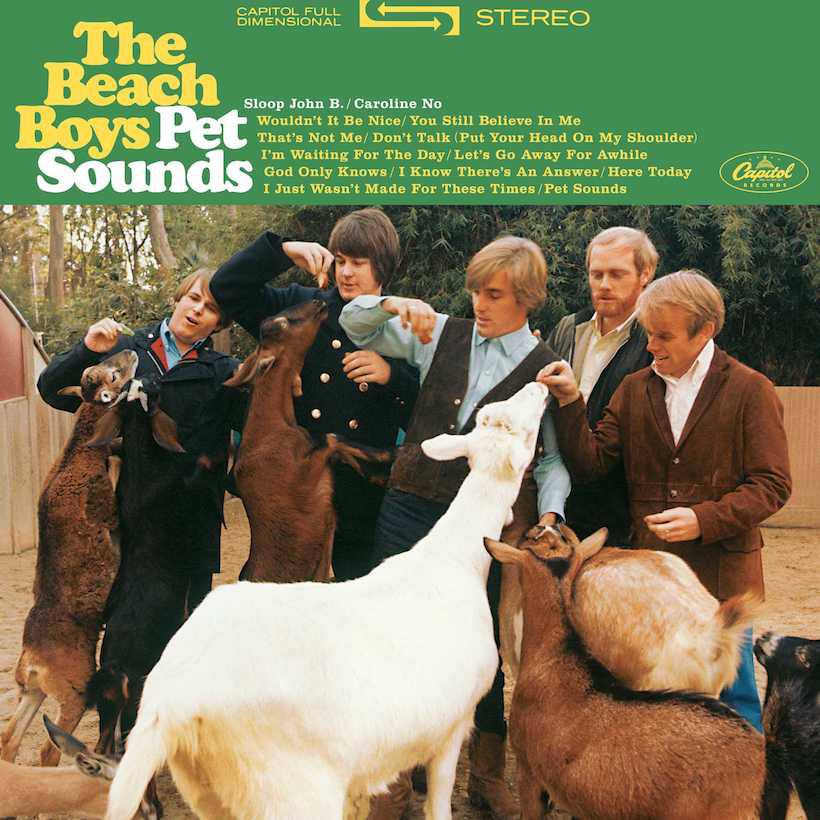 When Capitol Records first heard the Beach Boys' new album “Pet Sounds,” they thought it was a career killer. It was an extreme diversion from the California band’s traditional and extremely influential surf rock sound, and, because of this, Capitol released a Beach Boys “Greatest Hits” album before “Pet Sounds” came out, expecting the latter album to signal the end of their career as chart toppers.

In a sense, they were right. “Pet Sounds” peaked at No. 10 on the Billboard chart, a bit of a commercial failure for one of the most popular bands in America. But despite this lack of initial success, “Pet Sounds” would go on to be considered one of the greatest albums of all time and the driving force behind the psychedelic movement that would change the course of music history.

The Beach Boys’ main creative force Brian Wilson stopped touring in 1965 to focus on work in the studio. With this extra free time, Wilson was focused on creating a sound that was more diverse in songwriting style and instrumentation. “Pet Sounds” was the end product of this.

The Beach Boys ditch guitars for a full orchestra. Songs like the opener “Wouldn’t It Be Nice” are driven by shimmering keyboards, chimes, flutes, humming horns and, as always, the Beach Boys’ exquisite layered harmonies. The best example of these harmonies come in the following track, the beautiful “You Still Believe in Me.”

Not only was “Pet Sounds” a departure from surf rock, it was a departure completely from what was considered rock music at the time. “Pet Sounds” could probably be better described as an art pop or orchestral pop album.

There is a wealth of diverse sounds that resonate throughout the album, which can be best heard on its two instrumental tracks, the title track and “Let’s Go Away for Awhile,” the latter providing the most breathtaking moments on the album. The epic crescendos and the slide guitar mixed in with legend Hal Blaine’s incredible drumming truly takes the listener to another world.

There are honestly too many great moments on “Pet Sounds” to mention. The album is one of the few in music history to be pure mastery from front to back. It is one of the few albums that comes close to musical perfection, and most importantly, it convinced other musicians to broaden their sound spectrum.

This album spearheaded the innovative psychedelic movement, inspiring a plethora of artists to experiment the way Brian Wilson did. One of those bands that did was the Beatles, which named “Pet Sounds” as the main influence behind the creation of their 1967 masterpiece, “Sgt. Pepper’s Lonely Hearts Club Band.”  —Jim Krueger

William Roche is a junior majoring in film/video. To contact him, email wtr5043@psu.edu.

1966 , looking through time , nancy sinatra , orchestral , pop , psychedelic , rock , the beach boys , the beatles , the kinks , the mamas and the papas