The CommRadio arts & entertainment staff revisits some of the most memorable and influential films from 2005. 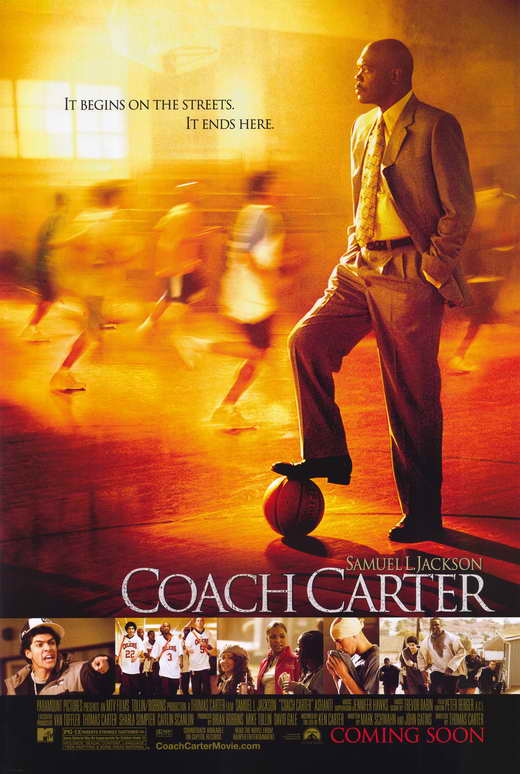 Thomas Carter ironically was the director of the film “Coach Carter” that came out in 2005. “Coach Carter” is a sports film that made $76.7 million at the box office and was relatable to anyone who really understands how the game of basketball is played.

“Coach Carter” is based on a true story that takes place in Richmond, California where coach Ken Carter, who is played by Samuel L. Jackson, comes back home to coach the Oilers high school basketball team. Carter was extremely tough on his players, as he had one thing in mind, and that was winning.

Carter pushed his players to become the best version of themselves both on and off the court by giving them a contract. This contract required each player to attend all of their classes and sit in the front row of their classes, but that’s not all.

Players also had to have at least a 2.3 GPA and wear ties on game days. At first, the players obviously did not like how Carter just walked in the gym and gave them a whole list of rules to follow.

However, they knew that they wanted to establish winning on their team and Ken Carter was the perfect piece to fit their puzzle for maybe even winning the whole thing. Carter brought discipline and toughness to this team that encouraged the players to play as hard as they could game in and game out.

“Coach Carter” will be remembered as one of the most inspirational sports films, and one of the best movies of 2005. – Michael Merendino 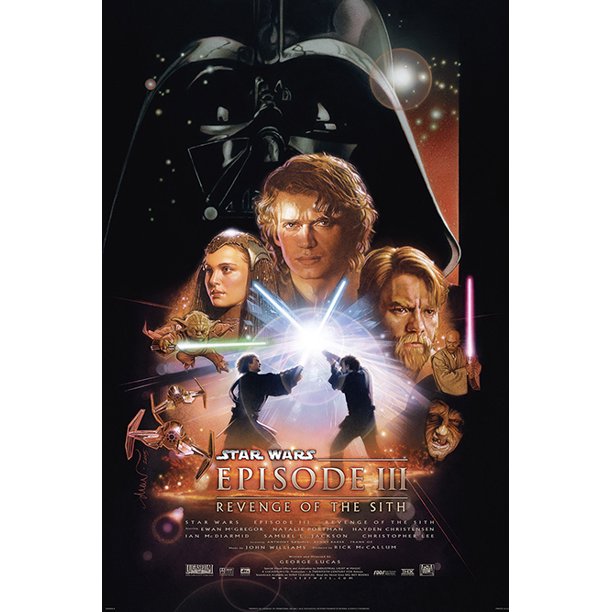 2005 saw the release of the last movie of the “Star Wars” prequel trilogy, “Revenge of the Sith.” Covering the fall of Anakin Skywalker and his transformation into Darth Vader, the movie is a fun, and very meme-able, conclusion to the trilogy that gives backstory to the originals.

Being part of the prequel trilogy, it is naturally criticized by many major and minor fans alike from the generation that grew up with the originals. From the sometimes-corny dialogue to the presence of one Jar Jar Binks, it's understandable.

From the perspective of newer generations, however, “Revenge of the Sith” has received tons of appreciation for the plot, characters and its ever so meme-able dialogue. There is also a lot more to appreciate if the viewer has watched the show “The Clone Wars”, as it provides a lot of perspective on the gradual fall of Anakin Skywalker and gives true personality to the Clone Troopers.

All of the mentioned material adds to the emotion of the ending of the film, from Order 66 to Obi-Wan and Anakin dueling on the lava planet Mustafar.

The overall chemistry of the cast is also great. Ewan McGregor as Obi-Wan Kenobi was not only a great choice, but one that is celebrated across the fan base. Working alongside Hayden Christensen, who portrays Anakin, the two have a thunder to them that truly comes out throughout the course of “Revenge of the Sith.”

Additionally, Ewan McGregor and Hayden Christensen are both returning as their respective characters in the upcoming “Kenobi” show, a reveal that has caused celebration amongst many fans.

Widely regarded as the best of the prequels, “Revenge of the Sith” has a spark to it that went underappreciated but has risen to be highly regarded in the past decade. - Colton Pleslusky 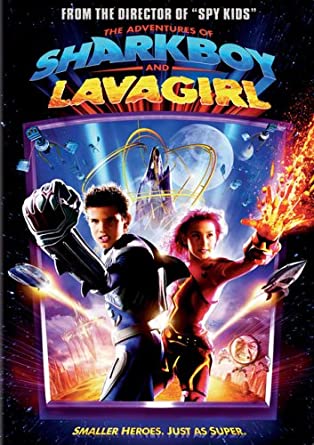 “The Adventures of Sharkboy & Lavagirl”

According to IMDB, “The Adventures of Sharkboy & Lavagirl” is the second most popular movie of 2005, and it is clear to see why.

Directed by Robert Rodriquez, and most notably starring Taylor Lautner and George Lopez, the movie is an absolutely wild journey into the land of dreams and imagination.

95 percent of the entire movie is CGI/greenscreen based with nearly all the visuals, soundtrack, costume design and essentially every aspect of the movie is grossly outdated. It is hard to believe that Rodriquez directed the masterclass film “Sin City” which came out in the same year.

With a 35-million-dollar budget, it is confusing to understand where that money went.

The story follows Max, a fourth grader who struggles to make friends and cope with his near-divorce parents. He dreams up two heroes in his notebook, “Sharkboy” and “Lavagirl” to take him away from the harshness of his reality.

His daydreaming causes issues in the real world, “Let’s be imaginary friends,” a classmate tells him, “you can try to hang with us… and we'll pretend you don’t exist!”

Miraculously, his dreams and reality blend and Max is tasked to save the earth with his two imaginary friends. Through a CGI space adventure, lots of intense CGI battles and a random CGI breakdancing sing-along featuring young Lautner, the viewer is entranced in the captivating and emotional story.

Eventually, Max saves the day while finding his true identity and living his dreams. It is truly inspiring; I would imagine that the movie would have given lots of young children hope and courage.

Overall, the performances, story, and cinematography are hilarious for both the worst and best reasons. The movie is no short of a classic, one may laugh, or cry, or feel waves of nostalgia watching The Adventures of Sharkboy & Lavagirl.

It is a unique experience that will never be created again, and there is a little something for everyone to enjoy.  – Caelan Chevrier 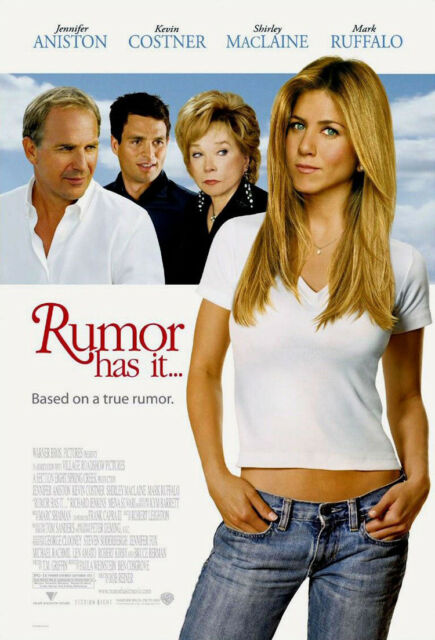 “Rumor Has It” is a romantic comedy filled with many emotional “ups and downs” surrounding a family secret. This film stars all-star cast Jennifer Aniston, Kevin Costner, Mark Ruffalo and Shirley MacLaine.

Similar to the “ups and downs” presented in the film, problems arose behind the scenes. Original director, Ted Griffin, was fired after production fell behind schedule and replaced by Rob Reiner who made quick cast, crew and script changes in less than a week.

The story follows Sarah Huttinger and soon to be husband Jeff Daly as they fly across the country to Pasadena, California for a family wedding. According to the film, “There’s an old saying: Nobody ever comes from Los Angeles. Everyone comes to Los Angeles. But, if you do come from Los Angeles, chances are you come from Pasadena.”

At the rehearsal dinner, Sarah’s grandmother uncovers some shocking news about the 1967 drama “The Graduate” and who the real Mrs. Robinson is. You’ll have to watch the film to uncover the truth.

While receiving negative reviews and not surmounting or being as “seductive” as the infamous movie it replicates, this film is light-hearted, hilarious and great for the whole family to enjoy.

Maybe if the production team didn’t run into last-minute changes and chaos, the film would be considered critically acclaimed.

Nevertheless, the star-studded cast pulled it off, and viewers state without the presence and chemistry between Aniston and Costner it would not “work.”- Courtney McGinley


Michael Merendino is a junior majoring in telecommunications. To contact him, email michaelmerendino26@gmail.com or mam8013@psu.edu.

Colton Pleslusky is a junior majoring in telecommunications. To contact him email csp5289@psu.edu.