Everyone has their thing that they do when they’re sick. Mine is watching movies. I stay at home sick maybe once a year, so watching sick-day movies is like a tradition for me.

However, don’t get this confused with me watching my favorite movies. I do love these particular movies, but I have a few others that I can truly call my favorites. Although it can vary time-to-time, here are a few of my go tos. 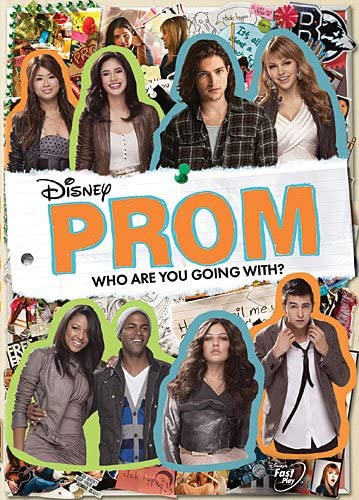 This movie is often confused with Netflix’s “The Prom,” but the one I’m talking about is a Disney production. This movie is one of my top three favorites of all time. It has about five different plot lines that converge throughout the movie and although they’re corny, I love it!

The main plot is about a girl named Nova Prescott (Aimee Teegarden) and a guy named Jesse Richter (Thomas McDonell). Classic good girl and bad boy troupe, but I’m a sucker for it.

The other stories consist of a popular girl dating a lacrosse player, but she dumps him to find herself. A young boy crushing on a girl, but she is crushing on someone else. A guy can’t find himself a date, so he asks random girls. Then finally, the whole thing comes together…on prom night.

In addition to having multiple plots and being comedic, this movie has a great soundtrack. My personal favorite is sung by a fake band within the movie, both called, “Stick Hippo.” If you haven’t seen it already, I highly recommend that you do. It’s currently streaming on Disney+ for your viewing pleasure. 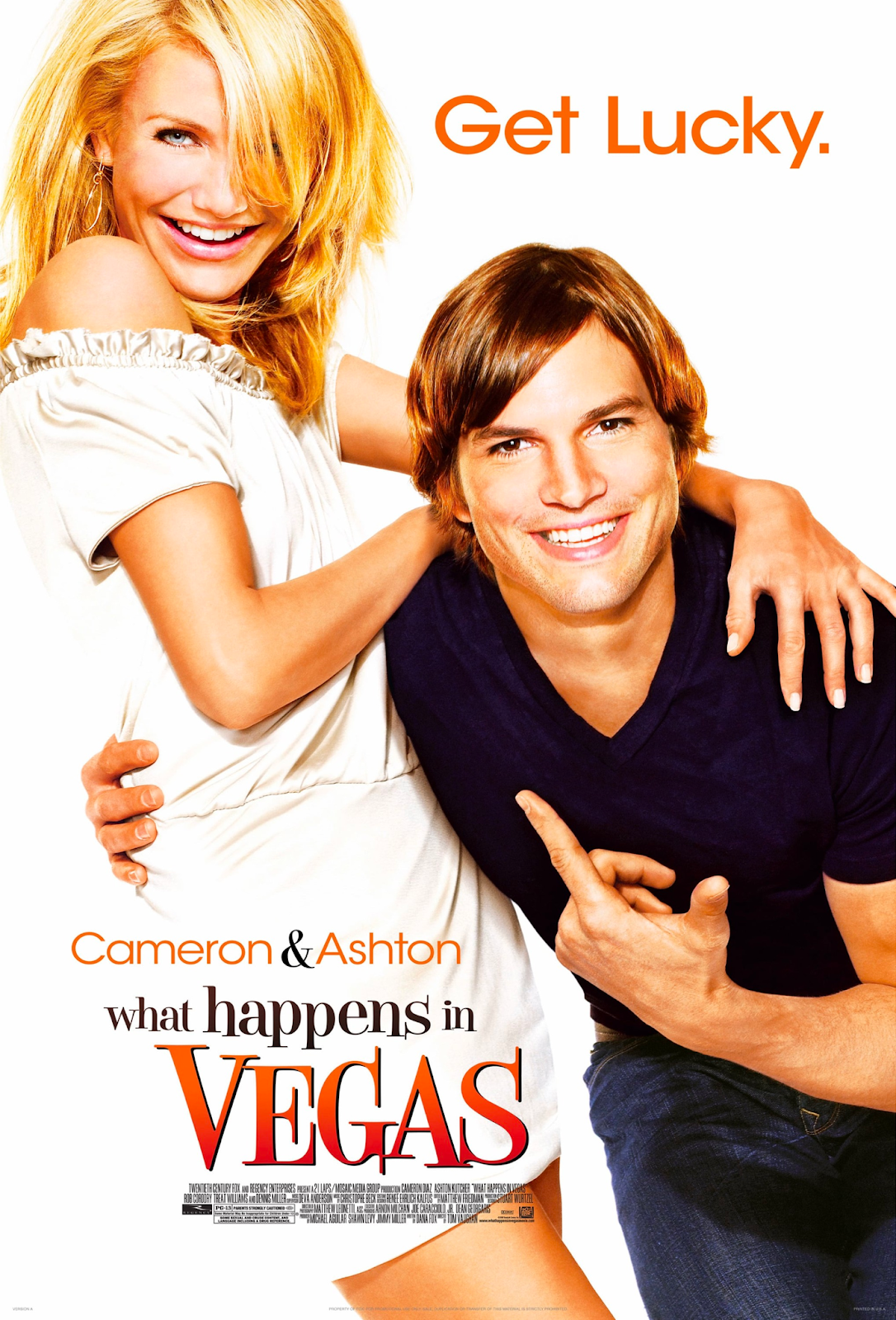 This movie never gets old. Starring Cameron Diaz and Ashton Kutcher, this rom-com is hilarious. Uptight Joy and lazy Jack both need to get away from their lives in New York and where better than…Vegas.

Joy goes with her best friend Tipper (Lake Bell) and Jack takes his man Hater (Rob Corddry). All of them get hammered and Jack and Joy end up married. To make matters more complicated, they win three million dollars - Jack’s machine, Joy’s quarter. Can you feel the love?

When they go to court to get it annulled, the judge sentences them to couples therapy and for them to live together for six months. If they still can’t get along, they can get the annulment and split the three million.

Of course, like any classic rom-com they can’t stand each other, but eventually they fall in love. However, this movie takes a very interesting route to get to that end result. That’s exactly why this is one of my favorite sick-day movies. If you want to take a trip to Vegas, it’s currently streaming on HBO Max and other services (subscriptions may be required). 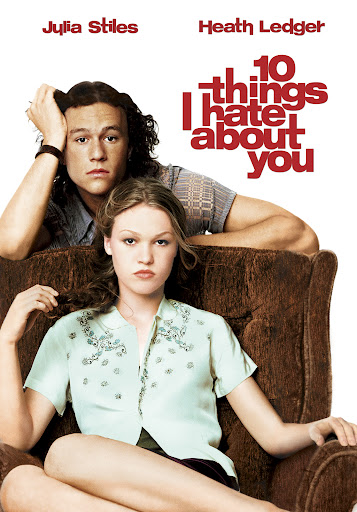 What can I say about this movie? If you’re a rom-com fan it’s almost illegal to not have watched this masterpiece. Kat (Julia Stiles) and Bianca (Larisa Oleynik) Stratford are notoriously off-limits in regards to dating. Their dad (Larry Miller) is an obstetrician and doesn’t want them becoming teen mothers.

One day he changes his rule of no dating to Bianca can date when Kat does. This seems great except, Kat hates people. A boy named Cameron (Joseph Gordon-Levitt) wants to go out with Bianca, so he indirectly hires Patrick Verona (Heath Ledger), the school bad boy, to take out Kat.

This is a difficult task for Patrick, but he eventually gets her to fall for him. In the process, he falls for her too. Then the movie comes to an end with the iconic “10 things I hate about you” poem Kat writes. That’s probably my favorite part, though you can’t forget Patrick’s serenade performance.

Again, this movie is both entertaining and has an amazing soundtrack. If you want to immerse yourself in the lives of the Stratfords, the movie is currently streaming on Disney+ and other services (subscriptions may be required). 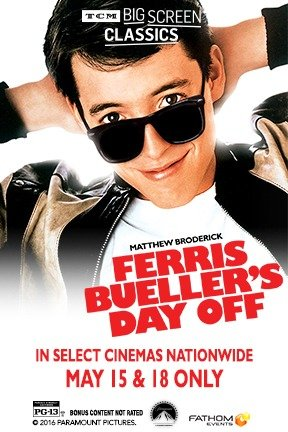 This movie is an 80s classic. I typically watch this particular movie during sick days because it’s about a guy who pretends to be sick to skip school.

Ferris (Matthew Broderick), Cameron (Alan Ruck), and Sloane (Mia Sara) all ditch school to have an adventurous day off. Ferris’ sister, Jeanie (Jennifer Grey), and the school principal, Mr. Rooney (Jeffery Jones) are suspicious and try to get the three caught several times.

Ferris, however, is smart and has every little detail covered from busting Sloane out of school to answering phone calls at home. They have crazy adventures like taking Cameron’s dad’s Ferrari and singing in a parade. If that wasn’t enough, everyone around the town has begun a “Save Ferris” campaign due to rumors about his illness.

It’s a wild ride with these high schoolers. So, if you wanna buckle up and ride in that Ferrari with Ferris, Cameron, and Sloane, this movie is streaming on Amazon Prime Video as well as some other services (subscriptions may be required). 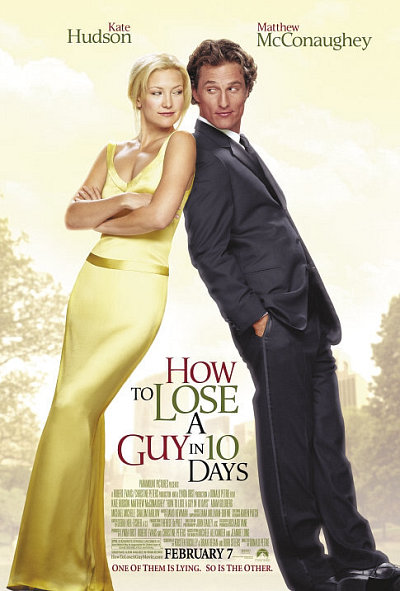 This rom-com stars Kate Hudson and Matthew McConaughy as Andie and Ben, respectively. Both work in the world of journalism and ad sales. Andie has a how-to column in Composure magazine while Ben works in mainly sports advertising.

Andie’s next big article is called “How to Lose A Guy In 10 Days” where she finds a guy and does everything opposite of what you should do while dating. On the other hand, Ben is trying to get a diamond account by making a bet that he can get a girl to fall in love with him in 10 days. (I’m sure you all see where this is going).

The two meet at a bar and begin dating. Andie is doing some terribly unattractive things, but Ben has to put up with them in order to get the account. They start to fall in love and Andie even gets close with his family making her task all the more difficult.

They find out each other’s motives and have a big argument, but of course as this is a romantic comedy, they end up happily ever after, with some laughs along the way. I love this movie and if you decide you want to love it too, it’s currently streaming on Netflix and other sources (subscriptions may be required).

Hopefully, one or more of these movies has piqued your interest and you enjoy it with some chicken noodle soup on your next sick day!

Isabel Sweet is a first-year majoring in communications. To contact her, email ips5219@psu.edu.

Isabel Sweet is a freshman with an intended major in Film Production at Penn State University. She is originally from Felton, DE. Outside of CommRadio she is involved with After the Whistle, PSU Club Swim, DASH, Dear Hero Program, Blue & White Society, Student Film Org., PSNtv, and College of Communication Student Council. Within these organizations she has been credited for camera operation, co-director, scoreboards, and more! She’s currently working on two student films and hopes to learn from every experience. Her goal is to work with a big entertainment & media corporation.