With 2022 past us, members of our CommRadio Arts & Entertainment department took a look at some of their favorite albums of the year. 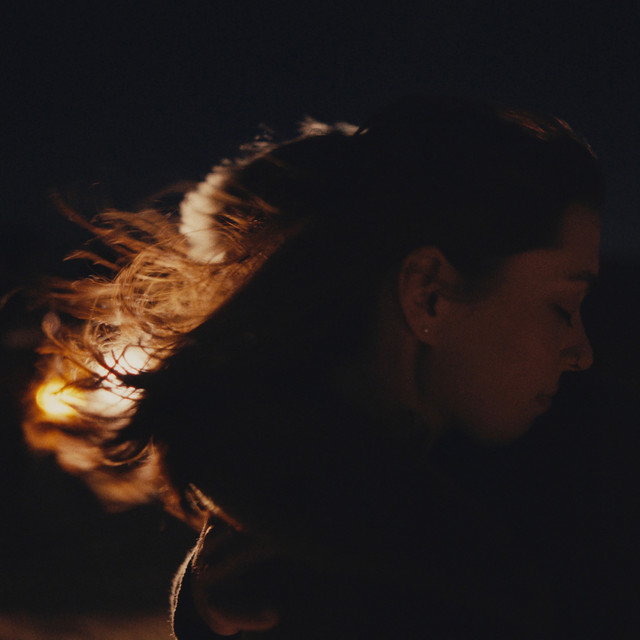 This is one of the best and most overlooked albums of the year, and I still routinely listen to several songs from it every day.

Lizzy McAlpine’s sophomore album, ”five seconds flat,” is one of the most impressive sophomore albums I’ve ever heard and I think it bodes really well for her future that it was so well-received by her fans.

The album includes some of her best and most popular songs, notably “doomsday” and “ceilings,” and some really great features as well. One song on the album even features the Grammy-winning artist, FINNEAS.

Perhaps one of the best parts of the album is the singular mention of its title hidden in the last few lines of the final song, which ends the album in a way that makes it feel both sincere and beautifully complete. - Izzy Charboneau 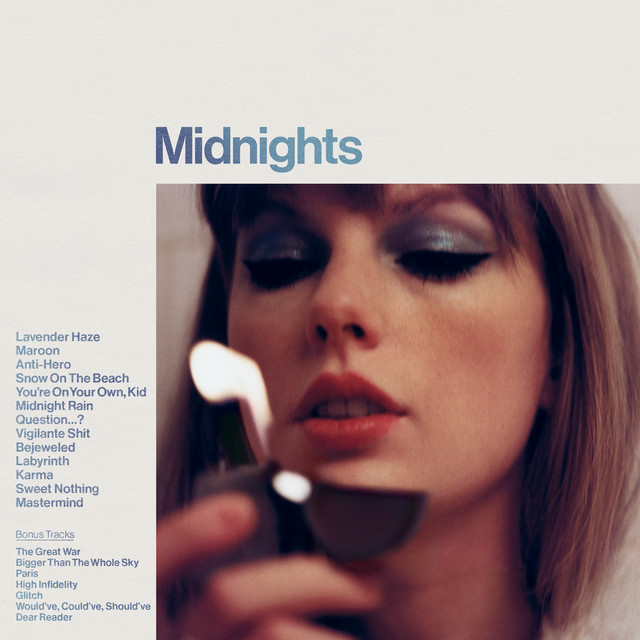 As the world recovered from Taylor Swift’s 10-minute “All Too Well” and tried to predict which re-recording was next, a new album with a new sound was bestowed upon us.

Who would’ve predicted Swift, in her “folklore” era, would come out with an electro/bedroom pop album? Especially one pitched as an album based on her “sleepless nights.”

The original “Midnights” had 13 (duh) tracks that ranged from confessions of her love life in “Lavender Haze” and “Labyrinth” to reflections of her now 16-year career on “Karma” or “You’re On Your Own Kid.”

In Swift fashion, she also did a surprise drop, releasing an additional seven songs in the “3AM Version” with much deeper and harrowing insight into what keeps her up at night.

Tracks like “Bigger Than the Whole Sky” and “Would’ve Could’ve Should’ve” present arguments for being some of the most upsetting in Swift’s entire discography.

Swift never sacrifices her lyricism for the pop sound.  Lyrics like “did you hear my covert narcissism I disguise as altruism like some kind of congressman” or “and I swear I’m only cryptic and machiavellian cause I care” are not regularly found on pop records.

Of course, “Midnights” was a monster success, occupying the entire Billboard top 10, and the lead single “Anti-Hero” looks like it will stay at the top of the charts to round out the year. But let’s not be shocked that Dr. Swift can still make the whole place shimmer. - Sophia D’Ovidio 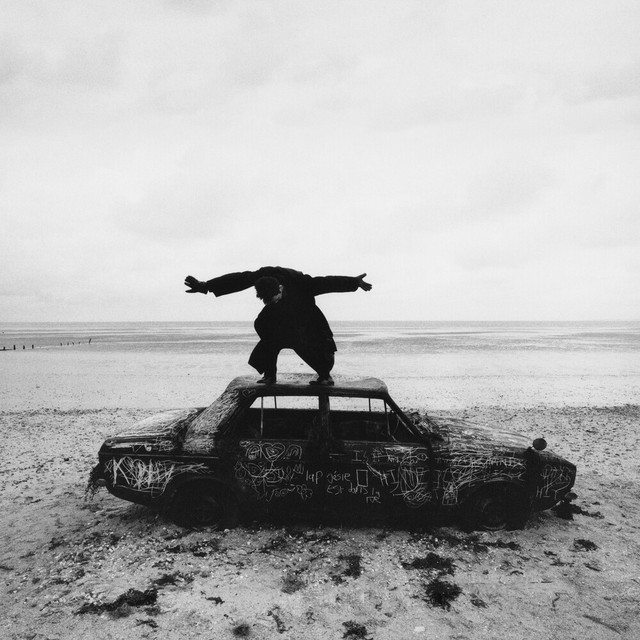 What can I say, I love Matty Healy.

The 1975’s fifth studio album “Being Funny in a Foreign Language” was hands down one of the best releases of the year. It contains some of the band’s most mature lyricism, but also moments of humor that allow the album to live up to its name.

“BFIAFL” is a bit different than past 1975 records because it was produced by Jack Antonoff, which means there was a lot less electric guitar and a lot more saxophone solos. It worked greatly in the album’s favor, which is filled with happier, lighter tunes than the band’s earlier work.

It’s been amazing to follow the growth of The 1975 since they started in 2013, and seeing them in concert was definitely one of the highlights of my year. During the now TikTok viral song “About You,” Matty stood up on a table and leaned down slightly, referencing the iconic “Robbers” music video pose and proving how far the group has come since then.

The album is a must-listen for any fan of the indie-pop genre, and an underrated entry in the 2022 release collection. - Kaitlyn Murphy 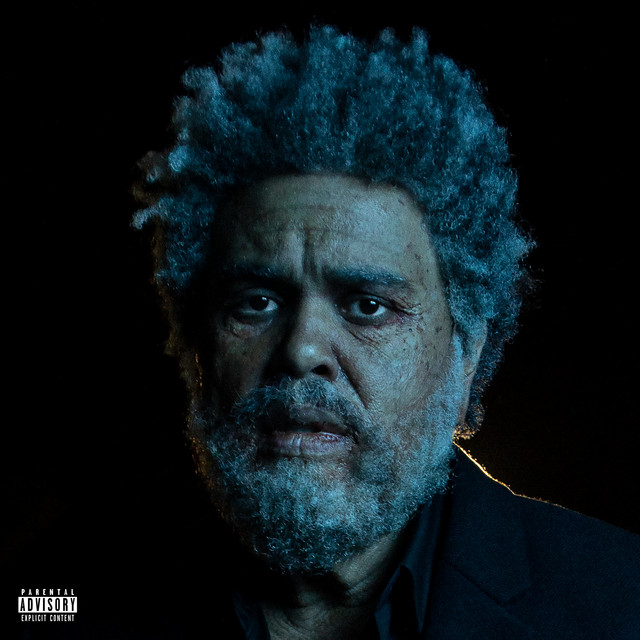 The Weeknd has been a dominant force in R&B over the last decade since the release of his debut project, “Trilogy,” in 2012.

Whether the listener is looking for club music hits, car playlist adds, or calm music to fall asleep to, they can find it all on his latest release, “Dawn FM.”

This album revolves around the premise that the listener is tuning into a radio station, 103.5 Dawn FM.

Jim Carrey narrates the album, acting as the host, and refers to tuning in as “walking into the light.”

The harmonic production, combined with The Weeknd’s crystal-clear voice, makes the listener feel as if they are levitating while they are listening.

“Take My Breath,” “How Do I Make You Love Me” and “Sacrifice” are the best songs from Dawn FM; however, this album has no skips.

There are also several remixes with MIKE DEAN and Swedish House Mafia production, which are definitely worth the listen.

The Weeknd has created yet another fantastic album as he continues to amaze his fans with artistic risks and unique talent. - Matthew Peters 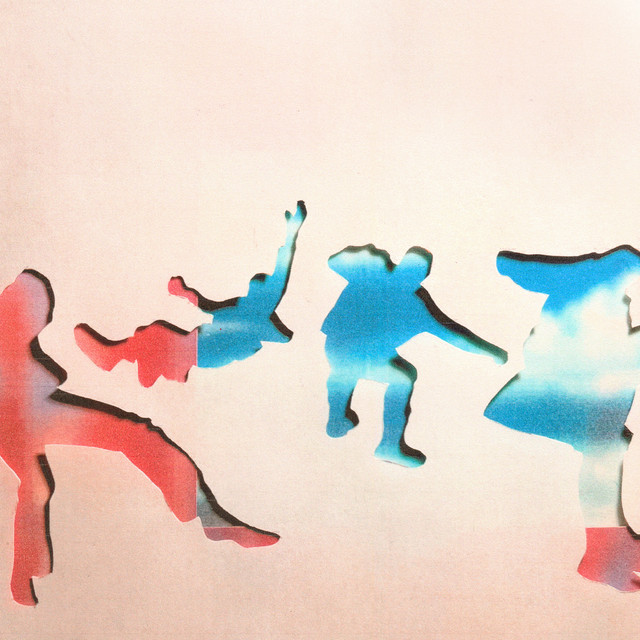 5 Seconds of Summer isn’t new to the music scene. Following their creation 11 years ago, they’ve built a loyal fan base and have released 5 studio albums plus multiple EPs.

Throughout their existence, 5SOS has experienced many eras with their overall sound as a band. And finally with this album, they’ve finally grown into themselves and are the most confident with how they sound.

Luke Hemmings’ vocals really shine on 5SOS5, with backing from the other members. Lead guitarist, Michael Clifford, also tested out his production chops and it really paid off.

A main theme of this album is growth, both in life and relationships, and how to handle it. It's much more of a mature nature in comparison to their earlier music and this can be seen with the increasingly better writing.

When I think of creating new music, I think of passion. With some music, it's clear how little effort or love the artist put behind it. But listening to “5SOS5,” it’s obvious how dedicated they are to their craft and making sure it comes from the soul and the best thing they can make. - Chloe Rey


Izzy Charboneau is a second-year majoring in digital and print journalism. To contact her, email ijc5186@psu.edu.

Matthew Peters is a first-year majoring in Journalism. To contact him, email mbp5830@psu.edu

Matthew Peters is a first-year student from Penn State. He is majoring in broadcast journalism and is a member in CommRadio. Within CommRadio, he is a DJ, a writer, and plans on starting a podcast.