Every movie has a soundtrack. Some soundtracks may be forgettable, however there are times where the soundtrack stands out and enhances the film and the viewer’s enjoyment of said film. Members of the CommRadio Arts & Entertainment Department wrote about some of the best movie soundtracks of all time. 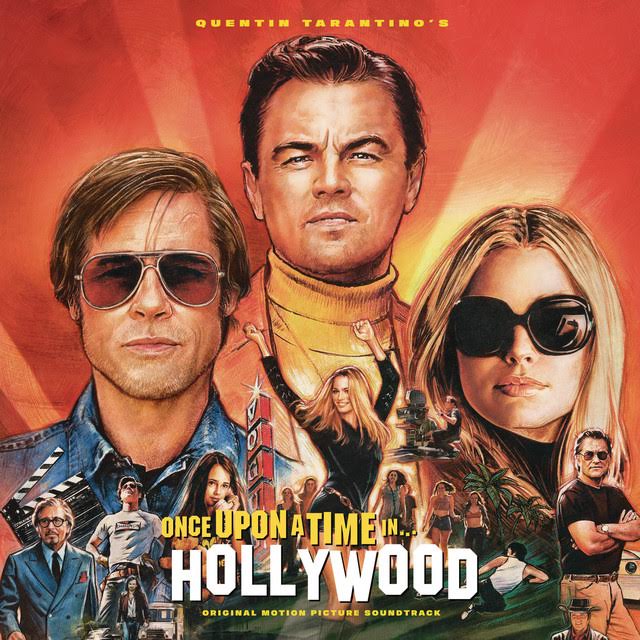 “Once Upon a Time… In Hollywood”

The director, writer, and producer of the film, Quentin Tarantino, has a knack for choosing the right music for each scene, interaction, and emotion. Tarantino can’t go wrong with any 50s or 60s song, it’s like choosing the most beautiful color from the rainbow.

Bob Seger, Neil Diamond, and Simon & Garfunkel’s songs made an appearance and they amped up the positive, more fun scenes. It’s cool hearing a voice many people have listened to repeatedly, but its a song some might not have heard before.

This is something many might have experienced while watching this movie. Thanks to this spectacular soundtrack, viewers have found more reasons to like a beloved artist.

A very underrated song is “Hey Little Girl” by Dee Clark. It has a bouncy beat that Clark melodically sings over. It’s unfortunate that this song leads into the evil side of things in the film, but it’s still a fantastic song.

Motion pictures like these must have a well crafted soundtrack because of how intense the story is. Soundtracks have to convince the viewer to like what they are seeing through their ears, if that makes any sense.

Tarantino’s films pertain to a certain audience and if he’s trying to pull others in, this soundtrack is the way to do it. If someone absolutely hates the plot, they’ll still be thinking about the music. - Emily McGlynn 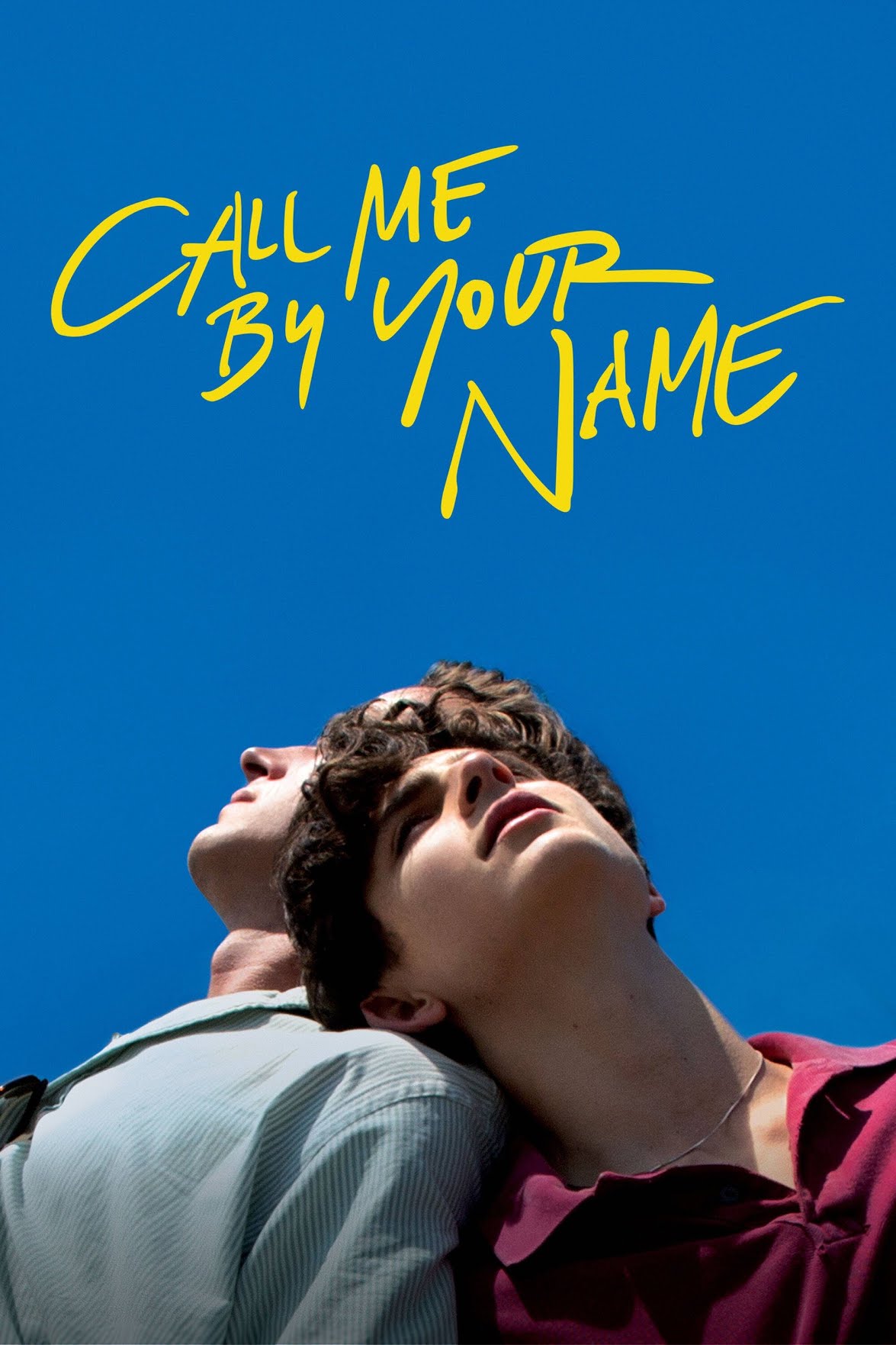 “Call Me By Your Name”

Timothé Chalamet and Armie Hammer are not the only reasons to watch “Call Me by Your Name”. This film focuses on the love affair between teenager Elio played by Chalamet and grad student Oliver played by Hammer. The story follows their affair which takes place in 1983 northern Italy, and the vibes are immaculate.

The soundtrack is a mix between some pop and classical songs, which mix perfectly for the time and aesthetic of the film. Artists like The Psychedelic Furs, Franco Battiato, Loredana Berté and many others add their own style to the soundtrack.

Songs like “Visions of Gideon,” J’adore Venise and Hallelujah Junction are the top songs of the film and encapsulate the scenes at the back.

The film received a Grammy Award for best compilation soundtrack for visual media.

“Call Me by Your Name” is already a phenomenal film, but the soundtrack enhances the experience beautifully. - Savannah Swartz 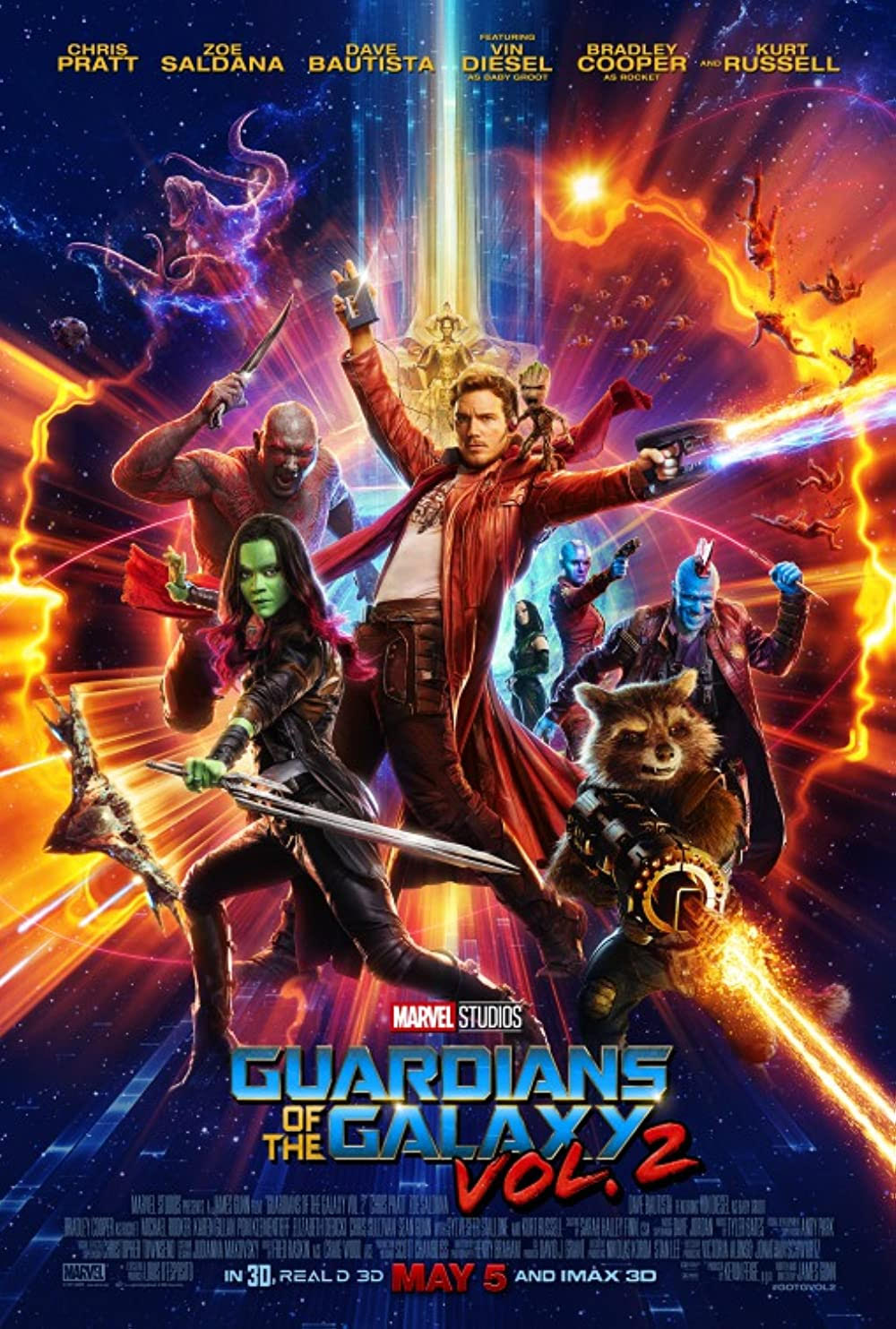 “Guardians of the Galaxy Vol. 2”

With songs like “Fox on the Run” by Sweet, “The Chain” by Fleetwood Mac and “Come a Little Bit Closer” by Jay and the Americans, there is not a song in the “Guardians of the Galaxy Vol. 2” soundtrack that does not work.

The movie follows the group as they journey to a new, very colorful and bright planet, having to go against a few enemies throughout. These chosen songs do a good job of providing accompaniment lining up with the plot.

Baby Groot plugs in the speaker to play “Mr. Blue Sky” by Electric Light Orchestra, opening the first scene of the movie with an upbeat fight scene. Later, “Southern Nights” by Glen Campbell sets the scene of Rocket’s fight in the forest against the Ravagers.

More emotional scenes in “Guardians of the Galaxy Vol. 2” are built with music matching the tone. For instance, when Peter Quill (Christ Pratt) and Gamora (Zoe Saldaña) are slow-dancing together while “Bring It on Home to Me” by Sam Cooke is heard gently in the background. Also, when “Father And Son” by Yusef / Cat Stevens plays during the scene of the funeral toward the end.

All in all, the songs making up the soundtrack are classics that work well together. They ultimately make “Guardians of the Galaxy Vol. 2” better just by being in it, flowing with the events of the movie. - Cassie Baylis 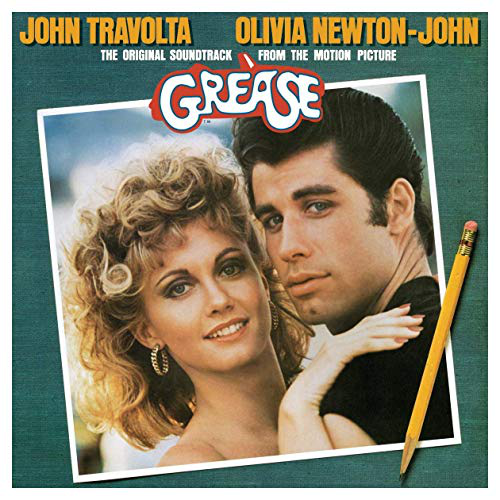 Why this soundtrack is systematic, automatic, hydromatic- it’s Greased Lightnin’!  With powerful vocals from stars John Travolta and Olivia Newton-John mixed with catchy and musical tunes, the “Grease” soundtrack takes the cake.

“Grease” is one of those movies where each song is a banger, which is one of the reasons the musical is so appreciated today.  It’s amazing how songs from a 70s movie are still so well known today and able to be recited by so many.

“Greased Lightnin’” “Hopelessly Devoted to You” and “You’re The One That I Want” are classic fan favorites and probably personal favorites of mine, but there are some even more well-known hits on the track.

The popularity the “Grease” soundtrack attained is well deserved, with each song being well-performed, upbeat, whimsical and leaving you feeling good.  It is a part of my childhood and stands out more than anything produced today. - Rachel Fisher 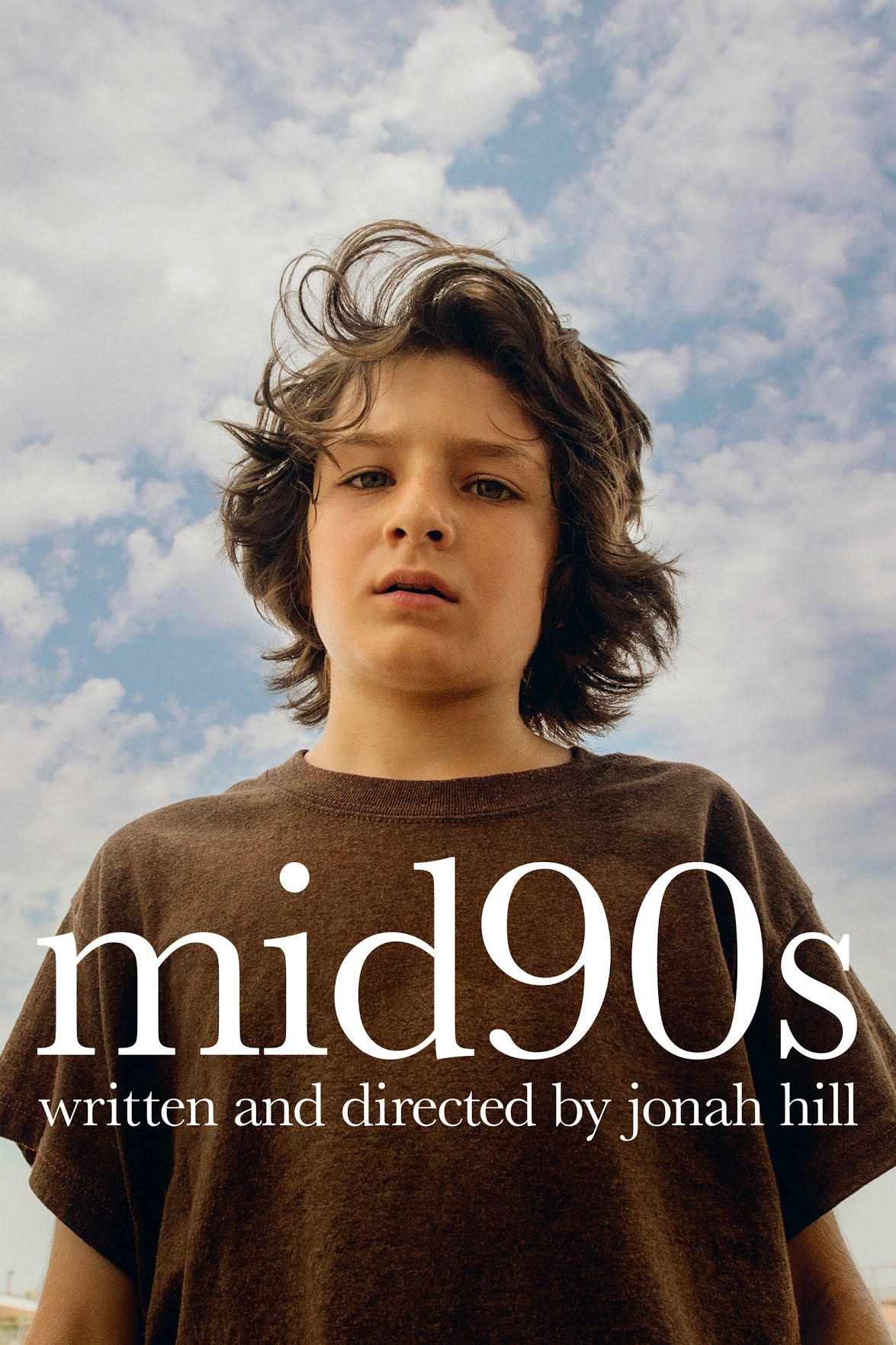 It follows Stevie (Sunny Suljic) as he spends his summer meeting a new group of friends at a local skate shop. Each member of the core cast has their own struggles and problems and the movie follows them trying to navigate them as they grow up. They all find an oasis from their problems through skating and bond as a family.

This movie did a lot of things well including writing, cinematography, and world building but the soundtrack is a standout feature.

Everything about this movie screams the 90s (duh), from the clothes to the decor to the music. The music really sets the scene and makes you feel part of the gang.

From Big L to Wu-Tang Clan to Nirvana to The Pharcyde, the soundtrack provides a spark and enhances the viewing experience. Skating and music go hand in hand and they nailed the tracks perfectly. It really brings you back in time with them making tapes, stealing CDs and bumping tracks on boomboxes.

When curating the soundtrack, Jonah Hill said, “The film was written and shot to these specific tracks, many of which were so important to my own life growing up.” Songs like Omega’s “Gyöngyhajú lány” and Morrissey’s “We’ll Let You Know” that get their own scenes really show how much music can bring to a movie. A perfectly chosen song can bring out emotion and awe in a scene that you wouldn’t feel without it.

To note how important the soundtrack is to writer and director Jonah Hill, he made a Spotify playlist to accompany his film filled with 90s classics. You can see how much Hill cares about this movie and every little detail is laced with purpose which is one of the reasons mid90s had so much success. - Charlie Hurwitz

Emily McGlynn is a third-year majoring in broadcast journalism. To contact her, email esm5378@psu.edu.

Savannah Swartz is a first-year communications major. To contact her, email sms9072@psu.edu.

Cassie Baylis is a third-year majoring in broadcast journalism.  To contact her, email ceb6085@psu.edu.

Rachel Fisher is a second-year majoring in broadcast journalism.  To contact her, email rlf5481@psu.edu

Charlie Hurwitz is a first-year majoring in broadcast journalism. To contact him, email cah6646@psu.edu.

Charlie Hurwitz is a freshman at Penn State majoring in broadcast journalism. He is from Lower Merion, PA and is in the Arts Department for CommRadio. He loves to write articles about movies, TV, and music. Outside of CommRadio he is on the club Ultimate Frisbee team and is a host on Penn State’s student run radio station, The Lion 90.7. You can follow him on instagram @charlie.hurwitz.

Cassie Baylis is a third-year broadcast journalism student attending Penn State University. She minors in English. This is Cassie’s first year in CommRadio, as she transferred to PSU this year. She is a member of the Friday CommRadio Newscast, and she writes for the Arts & Entertainment department. Cassie enjoys music and ranting about the plot of books she is reading. To contact her, email .(JavaScript must be enabled to view this email address).