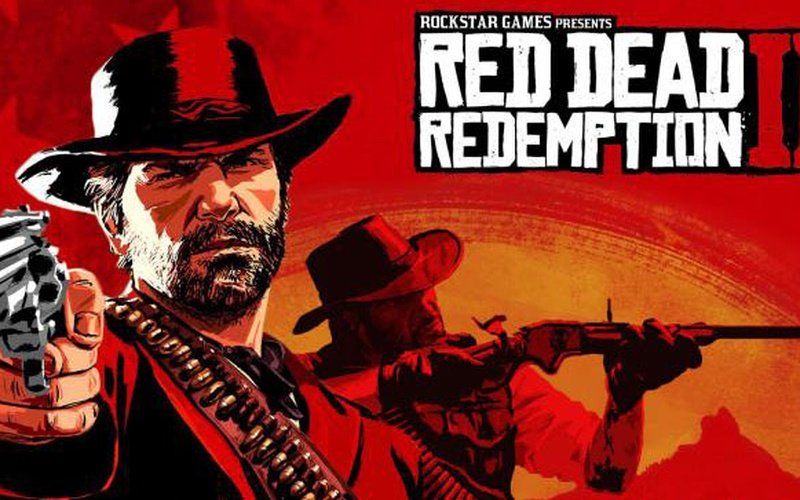 After eight years in development, and 10 years after its predecessor, “Red Dead Redemption 2” serves as a benchmark in storytelling and for video games as a whole. “Red Dead 2” puts the player in Arthur Morgan’s shoes, a top gun in the notorious Van-Der-Linde gang. However, America is changing. The gunslinging cowboys of the wild west are out, and new technology as well societal changes are coming in.

Through betrayals, plot twists and an emotionally charged ending, the game is nearly perfect and leaves audiences on their toes. The game packs a raw emotional punch that makes one even forget that they’re playing a game in the first place.

The amount of detail put into the game is unreal: from diverse biomes to roam, the diverse cast of characters, hunting, collectibles, and even the character development of the protagonist. Every little thing is perfectly crafted.

The game’s multiplayer presents a unique way of playing and is solid, but the story takes the cake. “Red Dead Redemption 2” exceeds setting the standards for not only video games but all media to come. - Caelen Chevrier 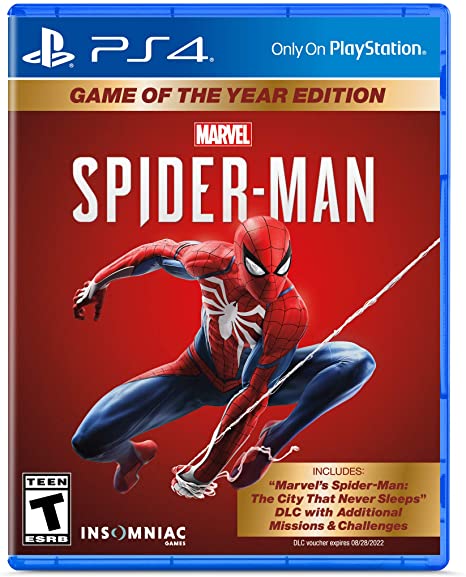 “Marvel’s Spider-Man” makes the player feel like Spider-Man. Insomniac Games created a lively New York City that is almost spot on to the city in real life.

In most games, traveling to objectives is often tedious, but it is the most enjoyable part of “Spider-Man.” Jumping from skyscrapers and slinging webs, doing backflips and crazy stunts feels incredible. Hours of time can be spent just messing around with the game mechanics.

The story is incredible as well, as Peter Parker you face off against the Sinister Six and ultimately save the city from doom. The ending may have players in tears as Parker makes a heroic sacrifice.

The game perfectly balances making Spider-Man feel human and a total beast. The combat is plenty of fun with new abilities, gadgets and takedowns to be unlocked as you progress through the story.

Insomniac perfected the Spider-Man story, and the filmmakers at Sony and Disney should take great note of them doing so. - Caelen Chevrier 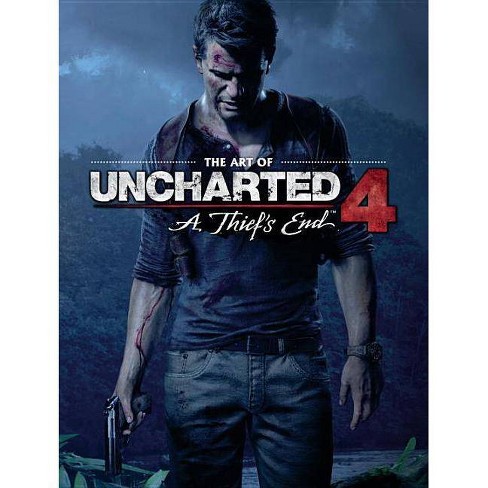 Nathan Drake’s story ends in “Uncharted 4: A Thief's End” and in the most action-packed way possible.

An aging Drake has retired from treasure hunting and is ready to start a family with his wife, Elena, until Drake’s long-lost brother makes a return. He is brought back into the action scaling mountains, getting into gunfights and constantly putting his life at risk.

Graphically, Uncharted is the best-looking console game by far, even four years later. Characters' faces are incredibly lifelike, and the animation is beyond fluid. The scenery in which Drake scales is gorgeous and varies as he travels to and from different continents.

The game constantly throws the player surprises, making a linear story have variation. Multiplayer as well is a fun time with standard shooter game modes which are unique considering the player's perspective is in third-person. 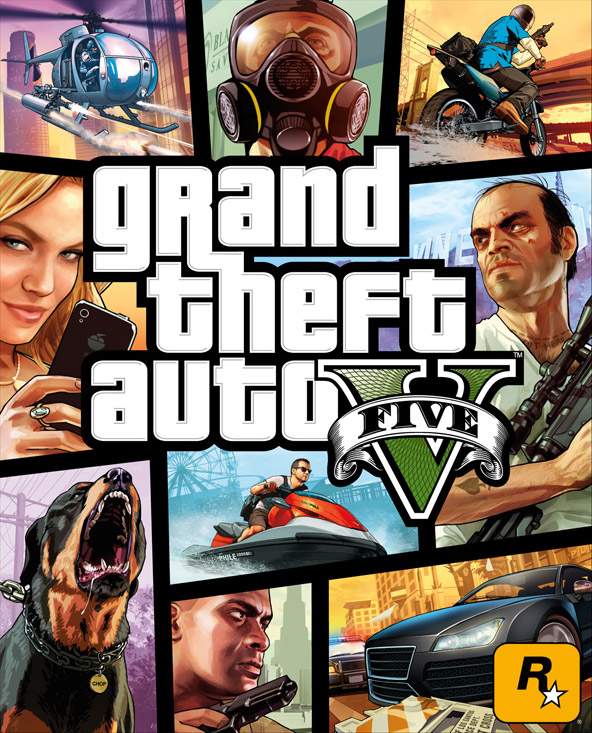 Although “Grand Theft Auto 5” debuted on PS3/Xbox 360, the 2015 re-release of the Rockstar North game is one of the most memorable and enjoyable games of the current generation.

A first-person viewpoint was added, along with better controls, innumerable amounts of customization to cars and characters, double the number of players online, dozens of free updates, expansions and more.

The game’s story mode is full of lovable nutjobs and captivating missions as you play as three different characters robbing banks and getting into hot pursuit cop chases. The story can be finished in 30 hours but players can spend over 100 completing every single task.

However, the most fun comes from the online mode where players can truly be whoever they want to be in the Los Santos sandbox. From playing 18 holes of golf, to street racing to running your criminal empire, there is nothing that cannot be done.

There is a reason why “GTA V” is the second-highest selling game ever. “Grand Theft Auto 5” gives players true freedom that cannot be found in any other video game. - Caelen Chevrier 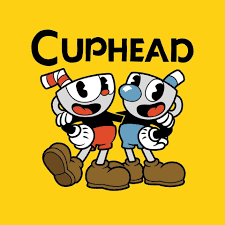 “Don’t Deal with the Devil!” “Cuphead” is incredible because it is truly a game that is like no others. Every frame of animation was drawn by hand on paper in a 1930’s style that is reminiscent of old Disney cartoons.

You can play as Cuphead or his friend Mugman fighting through different bosses with their finger-guns. The level of difficulty in this game allows players to be rewarded with every victory. Each fight requires practice as each fight is different, and takes time to master.

The game can be rage-inducing, many people have compared it to the “Dark Souls” franchise. Weapons and abilities can be customized as well.

The live orchestrated soundtrack is incredible, taking the player back to a time before their grandparents. Every time that the game is booted up, a catchy little jingle plays, immediately grasping the player into the game’s world.

“Cuphead” is an interactive piece of artwork that proves itself to be a class due to its intricacy, beauty and memorability. - Caelen Chevrier 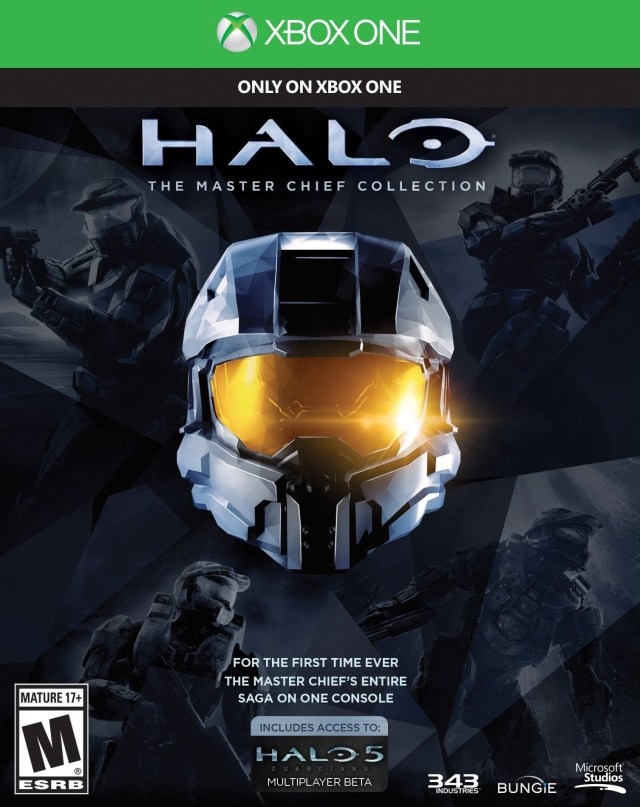 “Halo” has been a key title for every Xbox console and holds a special place in the hearts of many. With the launch of the Xbox One console back in 2013, 343 Industries decided to put over a decade’s worth of hard-work together for the first time in the form of “The Master Chief Collection.”

Being filled with bugs and glitches at launch, “The Master Chief Collection” was slowly but surely pulled out of the negatives that bogged it down and became a haven for all “Halo” players.

Originally, it contained the four main games of the series, all which feature the beloved Master Chief John-117 as their main character. A big perk of the game was the complete remaster of Halo 2, which had ultra-realistic graphics that made the game look real.

All of the respective multiplayers are in the title as well, so a player can literally go from playing maps from “Halo: Combat Evolved” to “Halo 4” and everything in between.

The game keeps getting better as the years go by, seeing the addition of “Halo” anthology stories such as “Halo 3: ODST” and “Halo: Reach,” and even seeing updates that add cut content from the original launch of each game.

This is a truly fantastic collection and every fan of “Halo” should have it. - Colton Pleslusky 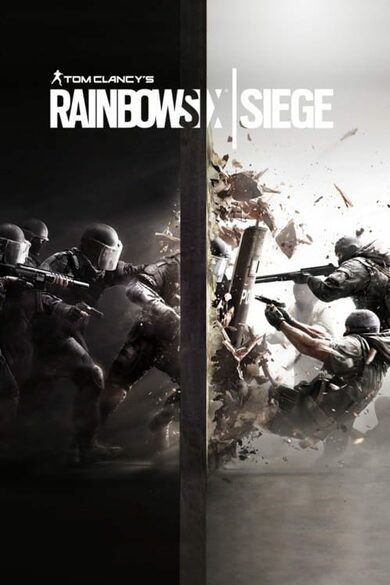 Leaving behind the campaign and horde-like modes of the “Vegas” duo, “Rainbow Six: Siege” introduces hardcore teamplay and operators that allow players to assume a role suited to them.

Featuring fictional operators from an expanding list of real-life and fictional special forces and anti-terrorism organizations, “Siege” pits two teams of five against each other as they alternate between offense and defense for several rounds.

The general atmosphere of the game is great, and keeps players on their toes through the entire duration of a match.

Players on defense never know if someone will burst in guns blazing, blast through a window, or even surgically place a gadget that could screw the whole operation up. On offense, it's common for the player to squint their eyes as they navigate halls and rooms that could potentially host a trap or even worse: an enemy operator.

The range of usable gadgets is also great, with an ever-expanding list of unique operators who all carry their own special gadgets that either have completely unique uses or do the same thing in a different way.

The strategies are endless and communication is a must to succeed in this thrilling and competitive shooter. - Colton Pleslusky 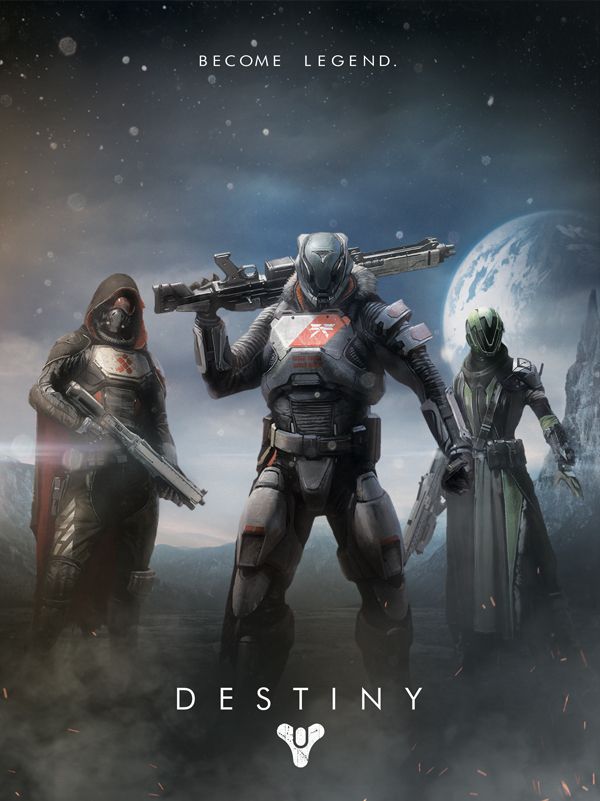 “Destiny” is game developer Bungie’s new universe following the company leaving Microsoft and the rights to “Halo” behind.

Set in the distant future where mankind colonized the solar system and then lost it all during “The Collapse”, “Destiny” puts the player into the boots of a resurrected warrior known as a Guardian.

Infused with “The Light” by a giant orb god called “The Traveler,”  players can choose what weapons and armor to use as well as what branches of light (arc, void, or solar) to follow in order to fight a myriad of alien races that have arrived; all while trying to defend the last human city in the solar system.

Featuring explorable exotic locations, the PvP Crucible, as well as missions known as strikes, “Destiny” is a fun game that can get kind of addicting for a shoot-and-loot fanatic.

Possibly the biggest feature of “Destiny” are the raids. Raids are massive missions that require communications amongst the team to fight off enemies, complete tasks ranging from fairly easy to excruciatingly difficult, and finally slaying the final boss at the very end.

All around, in spite of some of the hardships the game has faced, “Destiny” is a good time with close friends and can provide hours of entertainment. - Colton Pleslusky 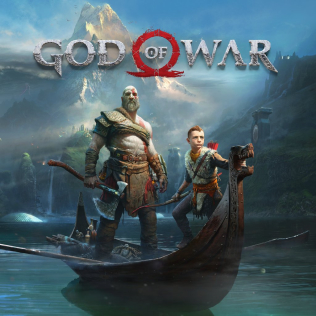 “God of War” dives into the unfamiliar territory of Scandinavia following the massacre of the Greek Pantheon at the hands of Kratos during the original trilogy of games. Just like those games, this one makes a strong impression on the gaming community.

The story of Kratos and his son Atreus is beautiful and the environment it is told in is just the same. It is a true testament to what game developers who are passionate about their projects can do.

The gameplay is much different from previous titles, adopting a fixed camera in the third person over the shoulder angle. This is not a bad change, as it tends to make the story-telling a little more intimate with the character the player is controlling.

Much like its predecessors, “God of War” is a title that rarely falters and is a thrilling story with truly memorable characters. - Colton Pleslusky 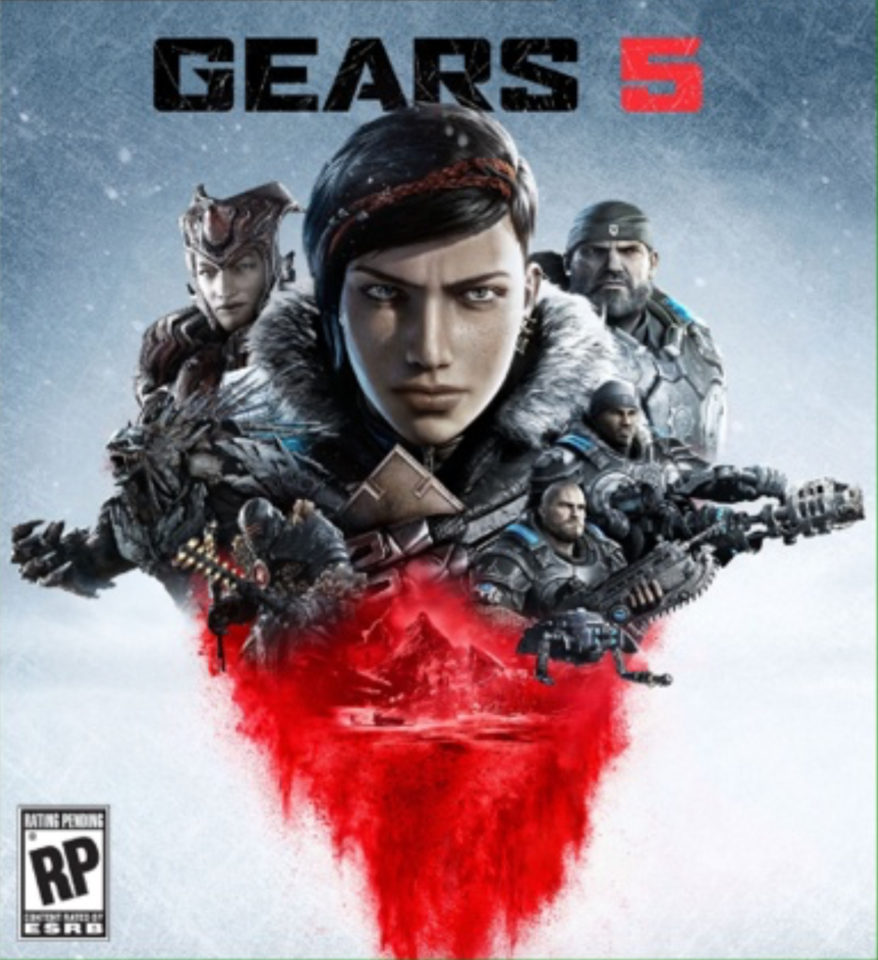 The “Gears of War” series has always been a solid one and the fifth installment is no exception.

Set after the events of “Gears of War 4,” the player takes control of Kait Diaz as she journeys to find the answer to horrifying visions that have been plaguing her mind.

Taking the characters to unique locales for each mission, plus introducing the free-roam component to some missions, “Gears of War 5” sets up the player in great environments for the story to unfold.

The game is also an amazing reunion of most of the past characters, featuring both the usual attendance of older main characters as well as the triumphant return of fan-favorite side characters from “Gears” past.

The storyline is well done, the characters are great and the gameplay is a blast. Not to mention the shocking twists that this title throws at the audience relentlessly.

The multiplayer is fun, but the main bits of enjoyment come from the new game mode Escape and the classic horde modes.

The game is an epic time and the player can spend hours fighting off the Swarm through the campaign or as their favorite characters with newly introduced ultimate abilities in horde and escape. Truly, it is a blast and serves as an important marker in the saga of “Gears of War.” - Colton Pleslusky