Matt Ellison recalls his gruesome injury that left him out of commission for ten months. About a year ago, Matt was riding dirt ramps with Blake. While getting some serious air off a dirt jump, Matt tried to pull offf the "Moto Whip" trick. Upon doing so he tore his deltoid ligament and broke his fibula. After rehabbing and physical therapy, he used his experience as motivation to keep riding and to stay fearless.

Brian Cleary is studying Broadcast Journalism at Pennsylvania State University. He is interested in a career in radio or TV sports, news or music broadcasting. In addition to his broadcasting strengths, Brian is an aspiring singer/songwriter. His musical experiences of performing in front of crowds, recording albums and videos strengthen his ability to communicate and broaden his knowledge of more advanced media technology.

Born and raised in Philadelphia, Brian is just as blue-collar as his hometown. His work ethic and dedication paired with his jovial personality make him an effective and innovative on-air personality. Brian prides himself on his ability to relate to all types of people regardless of age, beliefs, gender, race, or sexual orientation. We are all one, and Brian’s lifelong goal is to provide the masses with a voice that can be understood, respected, and most of all, trusted.

Governor’s NCAA lawsuit and its fate 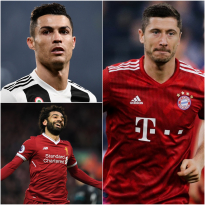