The Nittany Lions clinched a winning 2012 conference record with the victory, their third straight. It is the first time Penn State (11-4, 3-2) has achieved 10 wins since 2005, the last time the team earned a berth in the NCAA Championship. 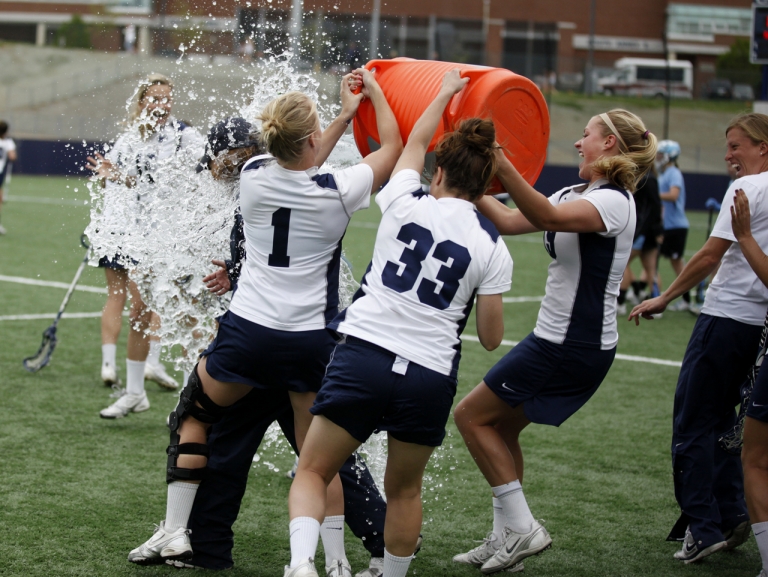 Members of the women's lacrosse team dump a cooler of water on Penn State head coach Missy Doherty after she earned her 100th career win. / Photo by Jill Knight 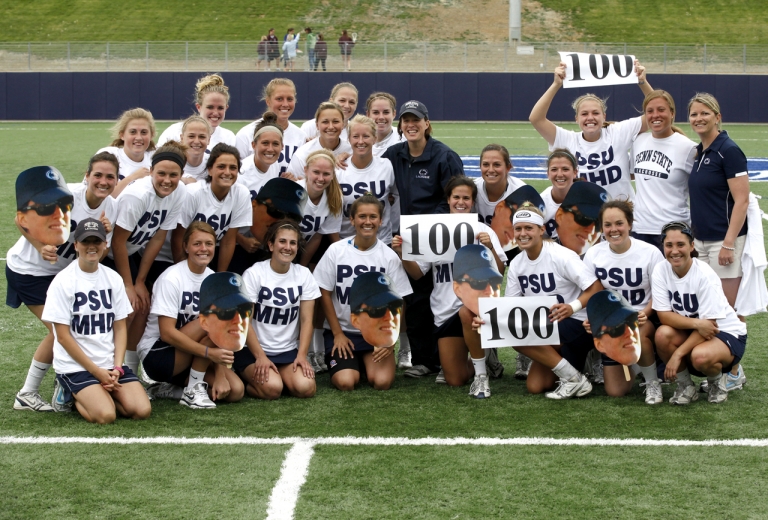