Your Backup Plan May be the Best

Story/Video posted December 3, 2018 in Sports by Catherine A. Rivera Chardon

Penn State senior Stephen Jones is majoring in supply chain and information systems, but says his biggest dream (besides going to Penn State) was to make the Nittany Lions' Division 1 volleyball team.

Jones was named to the All-Star team for Pennsylvania during his senior year of high school; his high school team finished third in the state.

Jones said he wanted to study at Penn State. During his freshman year of college, Jones tried out for the Division I volleyball team. Although he didn’t make it, he never thought about quitting the sport. Jones already had a back-up plan just in case he did not make the Division I team. When it was club volleyball.

“I was not going to make the varsity guys team, so this is the next big thing,” Jones said.

“Everyone on the club team is a great gal or pal. We accept anyone. We have a women’s volleyball team as well,” Jones said. 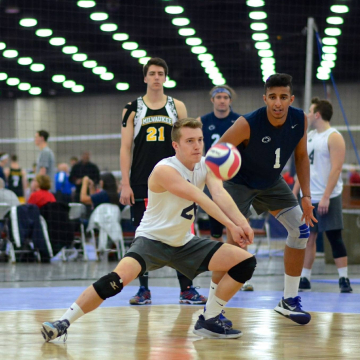 “I think it’s a great experience for everyone and you get to play volleyball at a high level but still get to focus on your grades.” In his junior year , Jones’ teammates voted to make him captain.

“I think over the past three years I’ve exemplified pretty good leadership in order to be elected for this position.” Being a captain for a club team is not as easy as it seems. Some of Jones’ responsibilities include ensuring that both teams, A and B are registered with the East Coast Conference, meeting with the practice coordinator to create a practice plan and staying in touch with the club sports office to make sure that liability forms and waivers are turned in and up to date.

Jones also plays libero, a defensive specialist position on the men’s club volleyball A team. Libero’s only play three back row positions and are responsible for “keeping the team alive,” Jones said.

One of the greatest challenges for varsity or club athletes is time management. Jones goes to class in the mornings, practices 3-4 nights per week and spends 4-5 weekends a year in tournaments.

When he is not playing volleyball or coaching, he is managing the women’s varsity volleyball team at Penn State. He’s in the gym with them every day from 3-6 p.m. In fact, that helps him get better as an athlete. “It’s a fun environment to be a part of,” Jones said.

Jones said he will be moving to Chicago after graduating, where he will be working full-time with Pepsi Co. He still plans on being involved in the game probably by coaching club or high school volleyball. Once he finishes paying for his student loans, Steve plans to get into collegiate coaching.

Jones’ says that “it’s actually kind of sad” that it is his last year playing on Penn State’s club volleyball team because it is where he has met his best friends. He hopes to leave execute a lasting legacy along with other seniors by winning a national championship for the club. 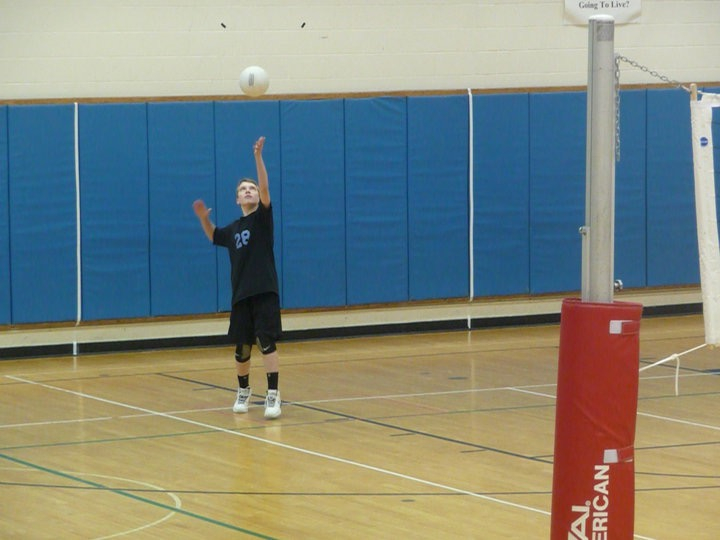 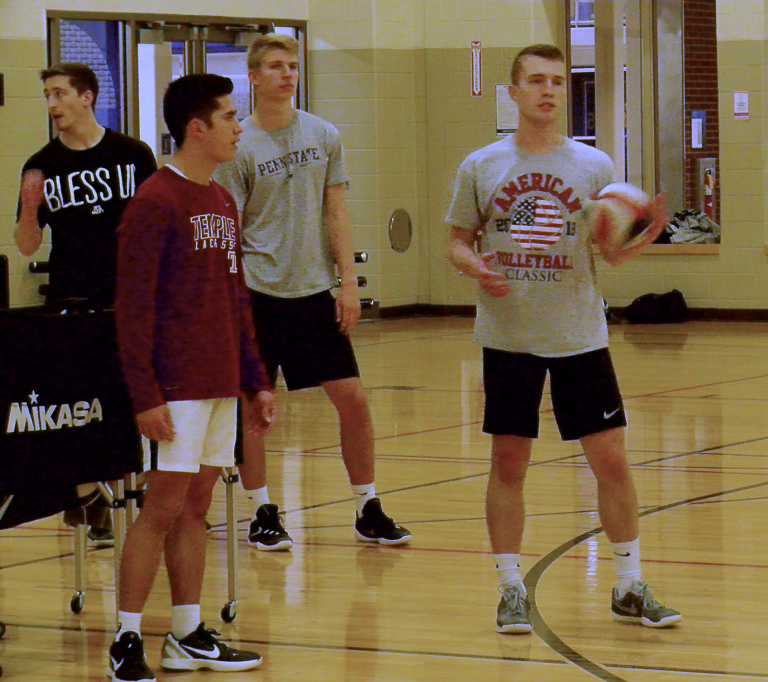 Jones' enjoys playing but his longterm goal is coaching. (Photo by Catherine A. Rivera Chardon) 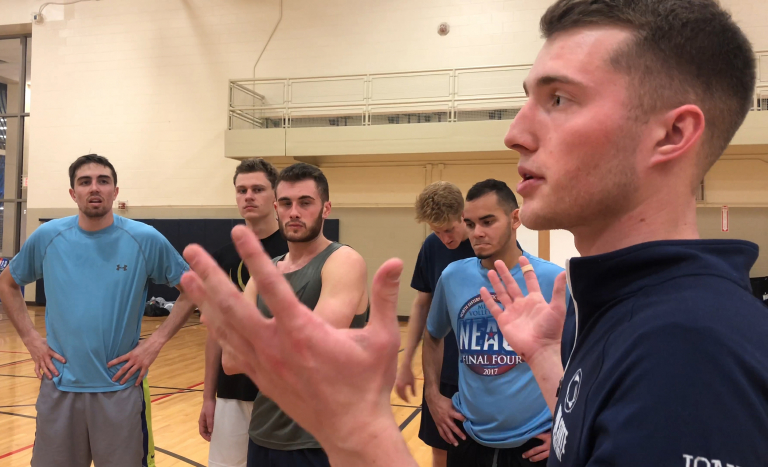 Jones' transitions from teammate to coach when he has to address improvements. (Photo by Catherine A. Rivera Chardon)
Tweet

Catherine was born and raised in Puerto Rico. She has interned with NASCAR, Telemundo and E! Entertainment. Catherine hopes to work in the entertainment industry as a producer and/or TV/radio personality host for a major news or entertainment network.

Wearing a New Pair of Gloves