There is something special about San Diego State University, especially with Heisman candidates the past few years. Last year, it was Donnel Pumphrey, who holds the record for most career rushing yards by a running back with 6,405 yards. This year, a similar man in height and weight is Rashaad Penny.

Throughout the year so far, he has scored nine touchdowns in three different ways, he has seven rushing, one receiving, and one kickoff return. This “little guy” has all the tools to compete with the likes of Saquon Barkley, Baker Mayfield, and Mason Rudolph and he could be the dark horse in the Heisman race.

A lot of people don’t give San Diego State University running backs props for what they have done because of a weak schedule they have, but if Penny continues to dominant on the field like he has so far, we may see him and Barkley duking it out for the Heisman Trophy.

Oklahoma State’s Mason Rudolph has been one of the nation’s best passers as he is second in the nation in passing yards with 1,533. His 13 touchdowns tie him with fellow Heisman hopeful Baker Mayfield and Florida transfer Will Grier for first in the Big 12.

His performance against TCU is a mixed bag as he passed for 398 yards and two touchdowns, but the Cowboys were out of the game from the beginning and threw two interceptions. The game at Pittsburgh showed that he was capable of torching Power Five defenses, but the 53.7% completion percentage against TCU is a signal that Rudolph needs improvement in decision-making.

The Big 12 does not have a lot of good defenses, but the Horned Frogs do have one of the conference’s top defenses. Texas Tech has a suspect defense to say the least, who happens to be Oklahoma State’s next opponent. Rudolph should torch the Red Raiders for at least 400 yards and four touchdowns in a bounce back performance.

Barkley made a statement in Week 4, emerging as the Heisman favorite after amassing 358 all-purpose yards against Iowa. Barkley was the only good thing going for the Penn State offense on Saturday, so offensive coordinator, Joe Moorhead, kept on giving him the ball.

Barkley accumulated 40 touches and was electrifying on each and every touch. He showed off his talents by hurdling a defender along with making a cut along the sideline to leave a defender behind on his way to a 44 yard run. He ran for 211 yards and a touchdown as well as adding 94 receiving yards.

Look for Barkley to continue his success this week at home against Indiana, whose defense gives up an average of 196.3 rushing yards per game so far this season.

Even though Barkley won’t continue to get 40 touches each game, he will remain essential to the Penn State offense and he will have every chance to continue to rack up yards each week.
He has yet to face the likes of Michigan and Ohio State, but his performance against Iowa proved that he can still excel against the Big Ten’s best defenses.

Anthony Spada is a Sophomore majoring in Security and Risk Analysis. If you would like to contact him, email him at ajs6709@psu.edu.

Josh Starr is a freshman majoring in broadcast journalism. To contact him, email jqs6428@psu.edu. 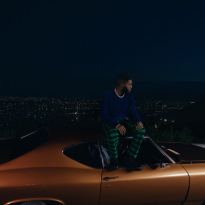 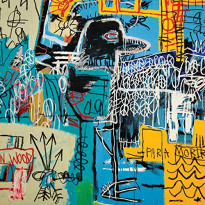