In a stunning move, the Baltimore Ravens made Penn State’s Jordan Stout the first punter selected in the 2022 NFL Draft.

Stout was selected with the 130th pick in the fourth round by the Ravens and became the fifth Nittany Lion to be taken in this year's draft.

Serving as the Nittany Lions punter, kicker and placekicker during the 2021 season, Stout shined all across the board on his way to being a first team All Big-Ten selection.

This past season, Stout averaged 46.5 yards per punt and all but six of his kickoffs ended in touchbacks.

Stout also has shown off his leg on the field goal side of things as he nailed a career-high 57-yard field goal during the 2019 season.

Now Stout will look to take his talents to the AFC North to play a big part in the Ravens' special teams unit.

How Are Penn State Students Preparing for Finals?

Brandon Smith selected No. 120 by Carolina Panthers in 4th round of 2022 NFL Draft 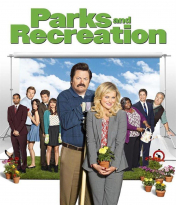