STATE COLLEGE, Pa - It’s hard to miss Ben Thompson in his oversized scarf and skinny jeans as he walks across the University Park campus. In a sea of students, Ben sticks out due to his tall height and fashion sense. 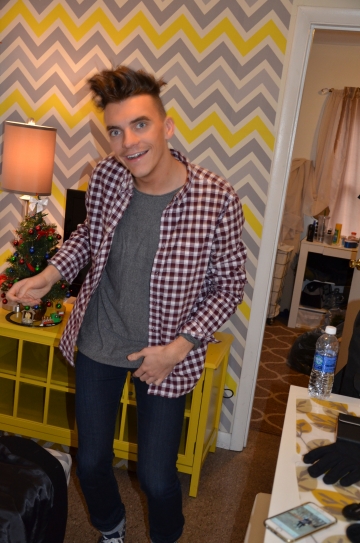 “From an outsider point of view I am a different individual walking around these streets,” Thompson says. He grew up in northern New Jersey about an hour outside of New York.

“A lot of people have said that in Europe or New York I would look normal, but here I look gay, but honestly I don’t know,” Thompson said. “I am trying to go for the euro look but people assume I am gay by the way I look, talk and my mannerisms.”

Thompson says he tries to ignore stereotyping, homophobia and cultural norms at Penn State. But Ben does not let judgement bother him and lives everyday by continuing to be himself and surround himself with friends that support him.

Thompson is not only different than most Penn Staters in terms of fashion. He is in bed by 11pm at the latest and up every day by 7am. He frequents Starbucks before class where the employees now recognize him and his order of a “Venti Iced Coffee with seven pumps of caramel and light ice.” “I believe living like a grandpa is a more simple way of living,” Thompson says. 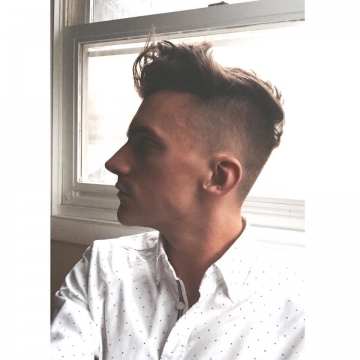 He is a student in the Department of Communication Arts and Sciences has strengthened his critical writing, analytical thinking and interpersonal skills. Last summer Thompson interned as a “style guru” for College Fashionista.

Thompson will be studying abroad in Amsterdam next semester. This upcoming summer, Thompson plans to continue his passion of fashion as an intern for Burlington Coat Factory. “Every opportunity I take I feel helps me progress as an individual and learn more about myself,” Thompson says.

Next year, you can find him performing for the Penn State Thespians, taking runs on campus or enjoying a coffee at Starbucks downtown.

Video Q&A: What Ben wears (Plus some fashion tips)

My name is Kris Canner and I am a junior majoring in Broadcast Journalism Student minoring in Political Science at Penn State University. I am driven to work for a well-respected organization. I am a strong team player focused on positive results. I am organized and independent, requiring minimal supervision. Check out some of my work below! Some of it isn’t quite finished, but are a work in progress!