Hunters’ Dollars Promote Well-Being of Animals From Songbirds to Elk


As children, we are often taught to do our “fair share.” We pitched in to clean up after recess, we did our dishes, took out the trash, made our beds. We were told to turn off the water while brushing our teeth, turn the lights off when we leave a room, turn off the TV when we’re done watching and to recycle whenever we can. 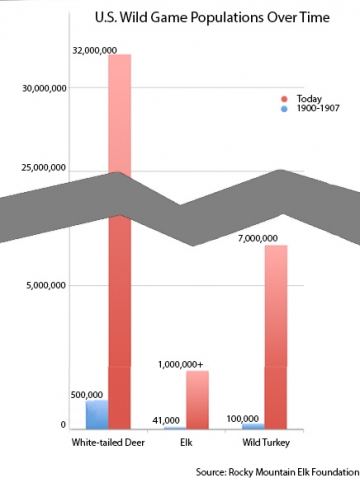 We may not have known it at the time, but “our share” made the world around us a better place to live. We are taught this lesson in hopes we pass it on to the next generation to be applied in all aspects of life.

For nearly 80 years hunters have been doing their fair share to protect habitat and game every time they gear up to go out into the field.

Because of hunters’ dollars, all citizens of the U.S. are able to enjoy wildlife as we know it today. Not only do hunters’ efforts benefit game species, but all wildlife. Habitat conservation and protection of wild areas promote the well-being of species from songbirds to elk. Under the North American model of conservation, many species have been brought back from the brink of eradication to healthy, sustainable populations.

The Rocky Mountain Elk Foundation (RMEF) has started a campaign called Hunting is Conservation. The campaign sheds light on the numerous ways hunters contribute to wildlife conservation. The RMEF also highlights the successful resurgences of three species to healthy populations. In 1900, 500,000 white-tailed deer and 100,000 wild turkey remained in the United States. Today, the species boast populations of 32 million and 7 million respectively. In 1907, only 41,000 elk remained. Today, there are over 1 million elk in the U.S.

Since the inception of the Federal Aid in Wildlife Restoration Act in 1937, over $8 billion have been allotted to wildlife conservation from the wallets of hunters. Also known as the Pittman-Robertson Act, the Federal Aid in Wildlife Restoration Act is an 11 percent excise tax on firearms, ammunition, bows, arrows, and accessories collected by the Alcohol and Tobacco Tax and Trade Bureau. The money collected from the tax is then given to the U.S. Fish and Wildlife Service.

According to the National Shooting Sports Foundation, more than $300 million are annually distributed to state agencies for wildlife management and conservation from the Pittman-Robertson Act alone. On top of the excise tax on goods, $796 million from hunting license sales and permit sales go directly to wildlife and habitat conservation on the state level. On the federal level, the sale of Federal Duck Stamps has funded the purchase of over five million acres of habitat for the Federal Refuge System. 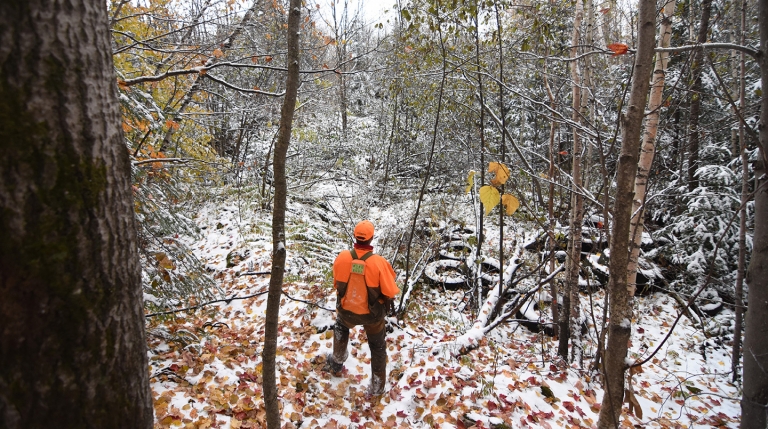 Paul has a passion for all things outdoors. With skills that cross all media platforms, he has produced content for the heaviest hitters in the outdoor industry. He has interned with Field & Stream, Outdoor Life and Backcountry Hunters & Anglers. He currently works for Dangerous Cow Publishing. Paul looks forward to filming, photographing, and writing about his adventures afield.