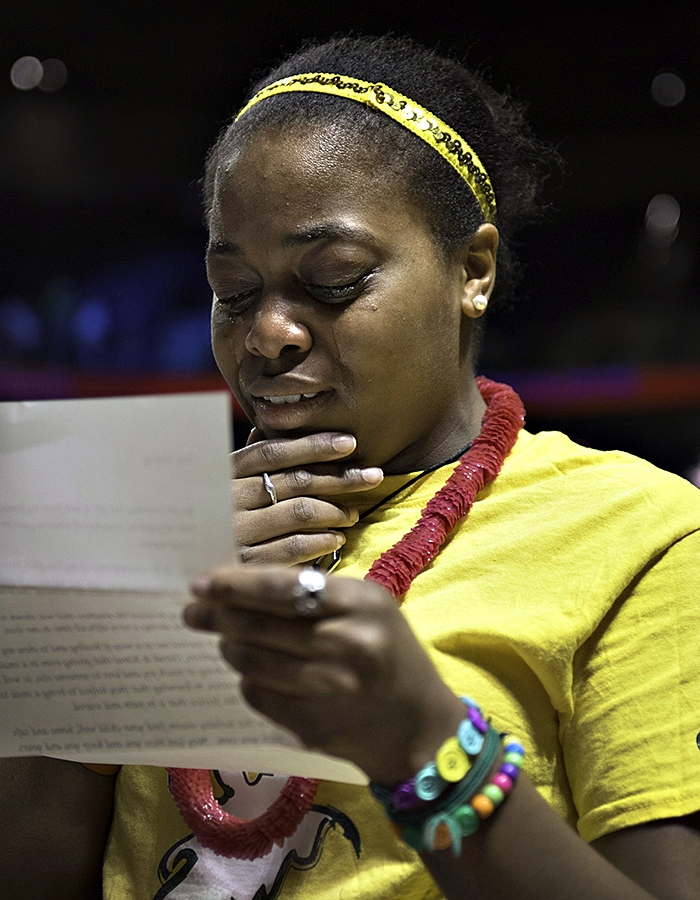 Stacia Hollingsworth, NAACP dancer and Committee and Administration Liaison, cries as she reads a letter during mail call on Saturday morning. / Photo by Kelly Tunney 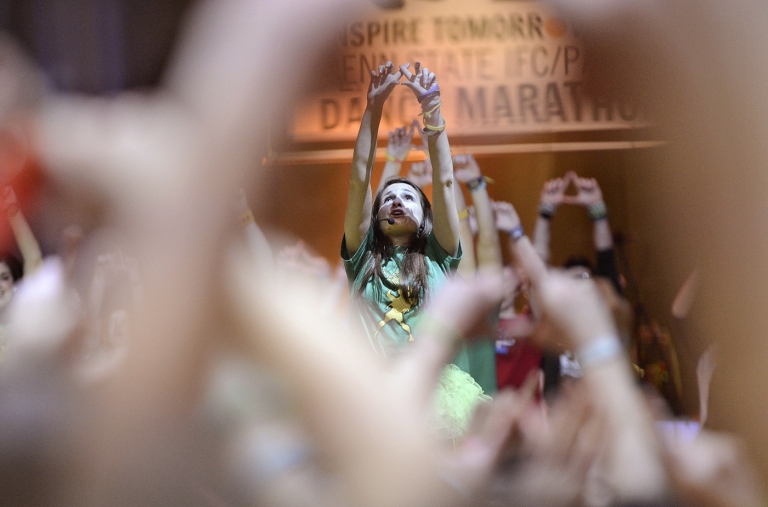 Emma Gregory, a Penn State junior, serves as the line dance coordinator during THON 2013. In this role, Gregory teaches the line dance to all in attendance, but also motivates the crowd during the 46-hour THON event. / Photo by Dave Cole 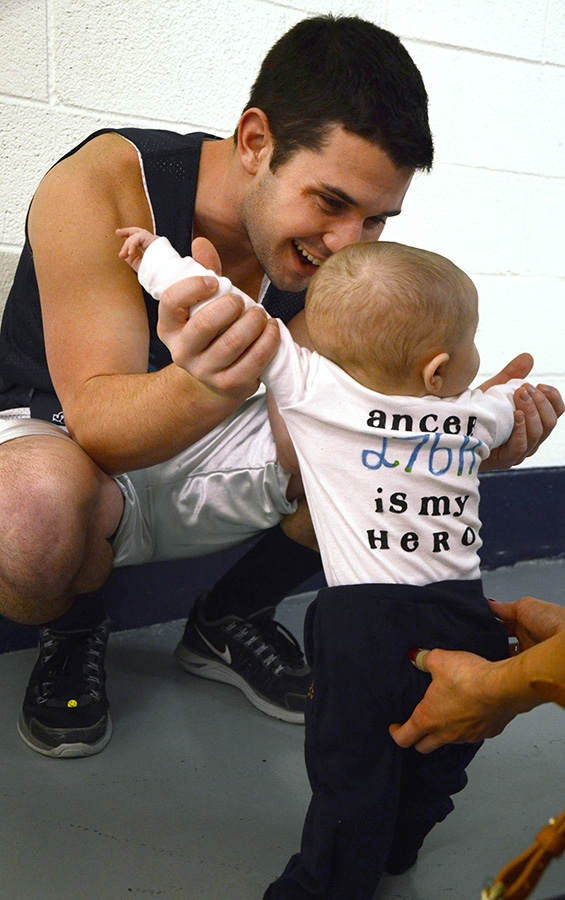 THON dancer Justin Fuhrman of Phi Beta Lambda fraternity plays with his son, Lucas Fuhrman. To show support for his father, Lucas wore a shirt that says " Dancer 267B is my hero". / Photo by Morgan Burrows 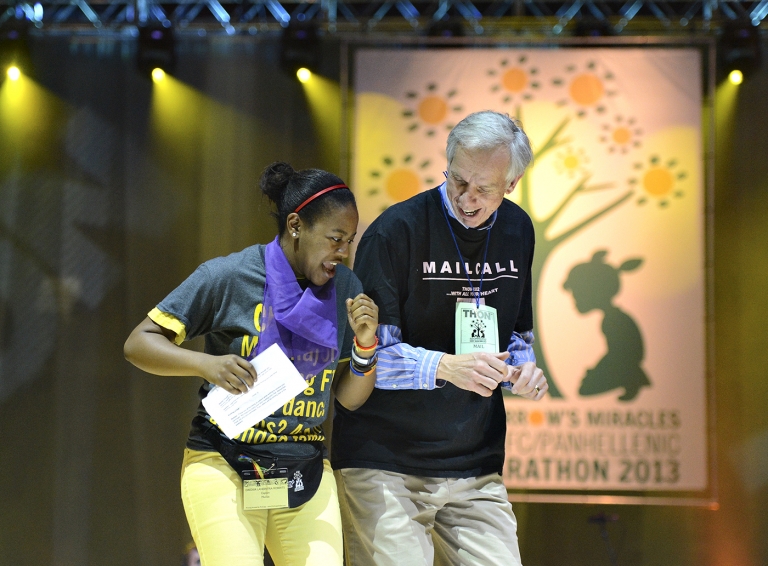 Dredeir Laneentra Roberts, left, a morale captain, and Mike Herr, know as "Mike the Mailman" dance on the main stage at the Bryce Jordan Center to start the gift package opening portion of THON early Saturday. / Photo by Dave Cole 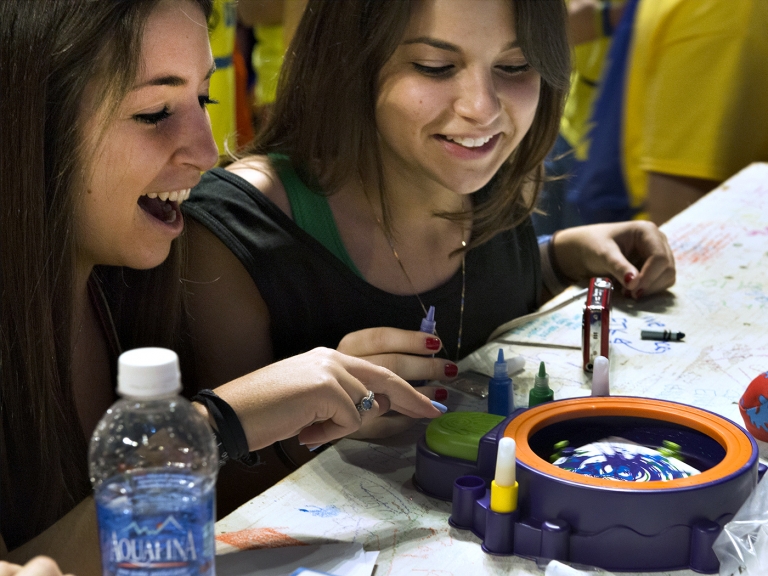 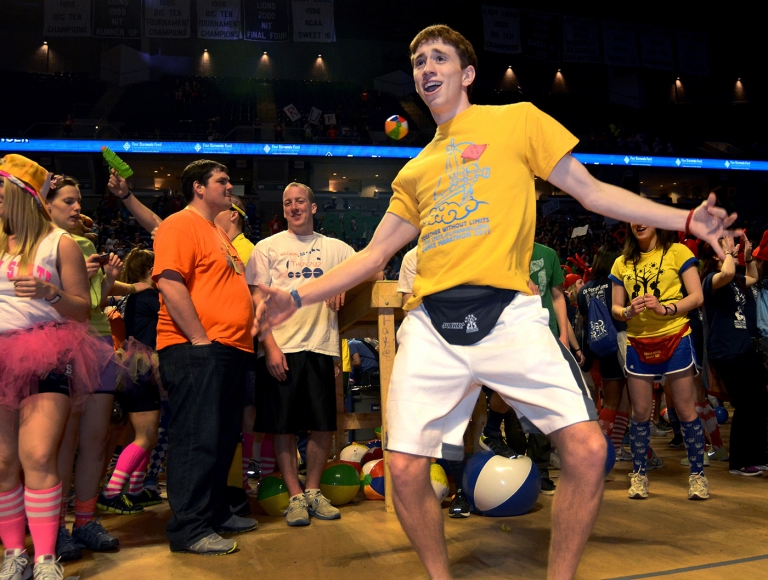 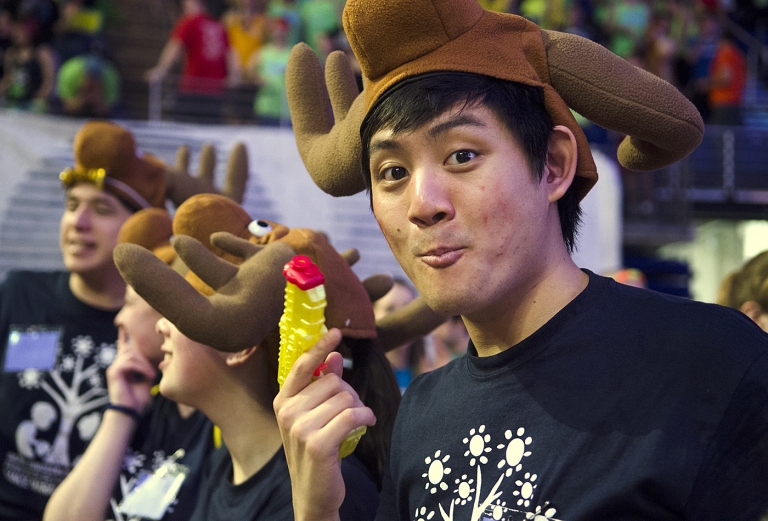 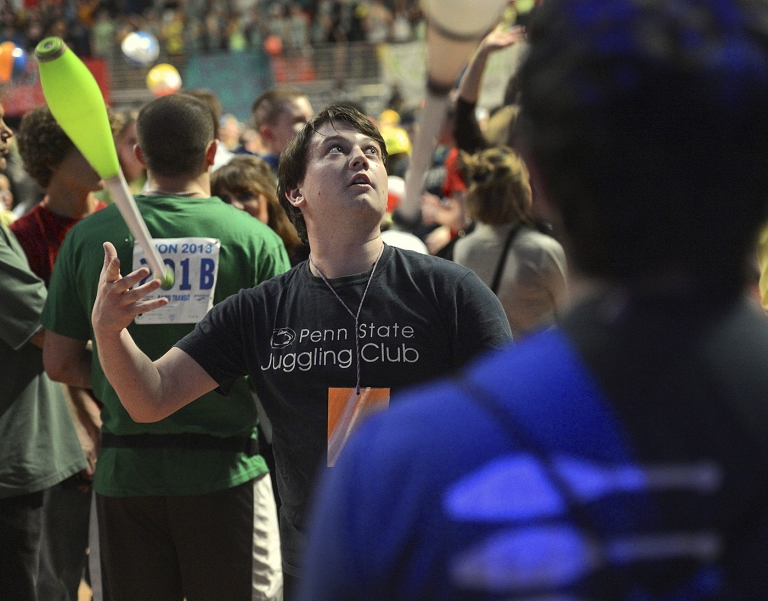 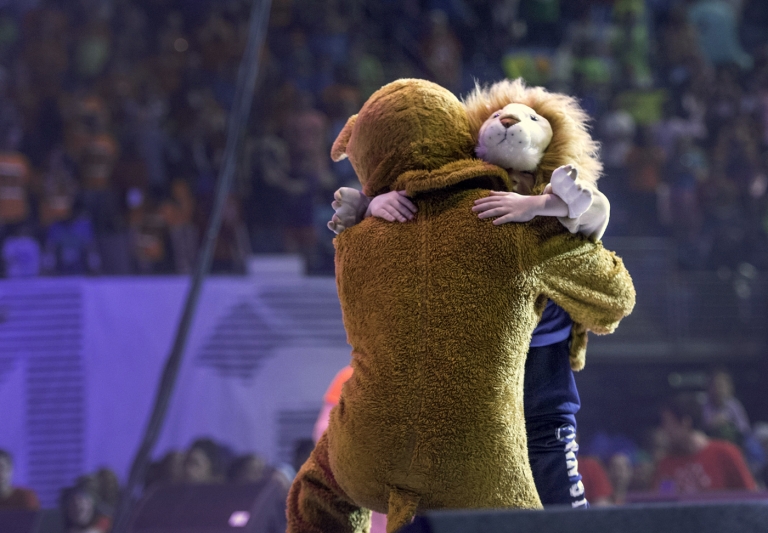 Hillel child Layn Burger, 7, of Elizabethtown, Pa., hugs the Nittany Lion after walking the runway during the fashion show on Saturday. This is Layn's seventh THON and his fifth treatment-free year. / Photo by Kelly Tunney 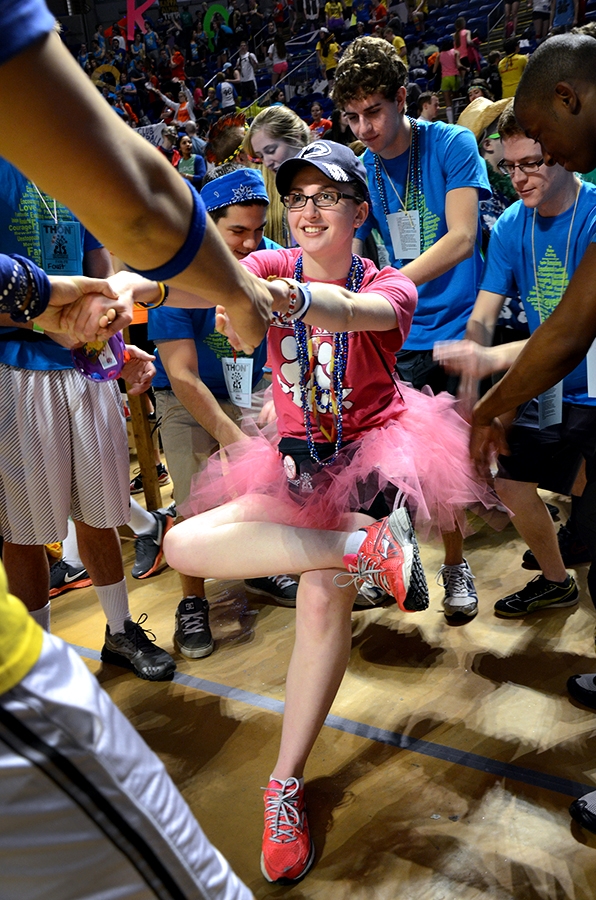 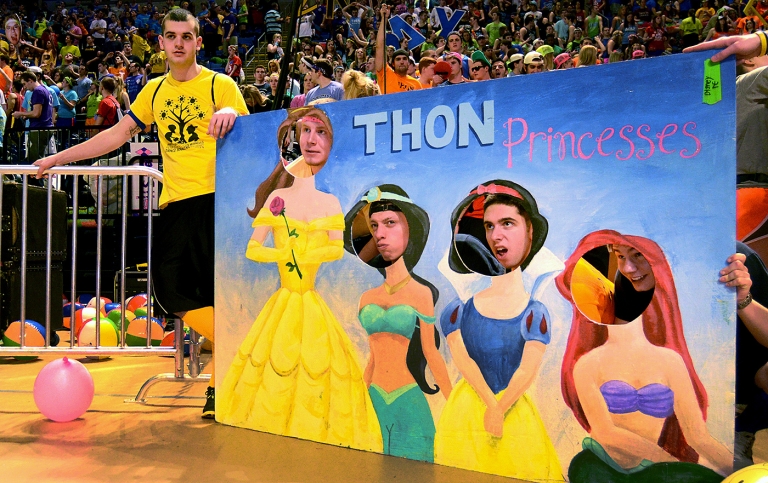 Members of the morale committee pose behind a photo of the Disney princesses during the early hours of THON 2013's second day. / Photo by Mara Ticcino 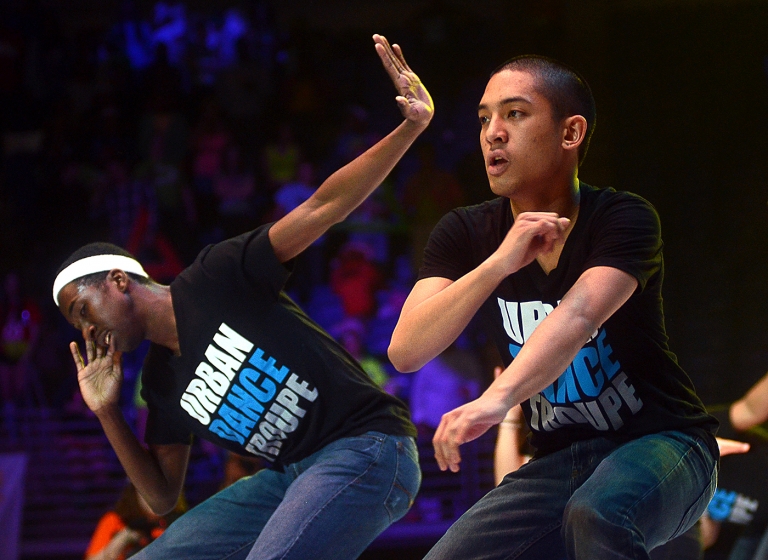 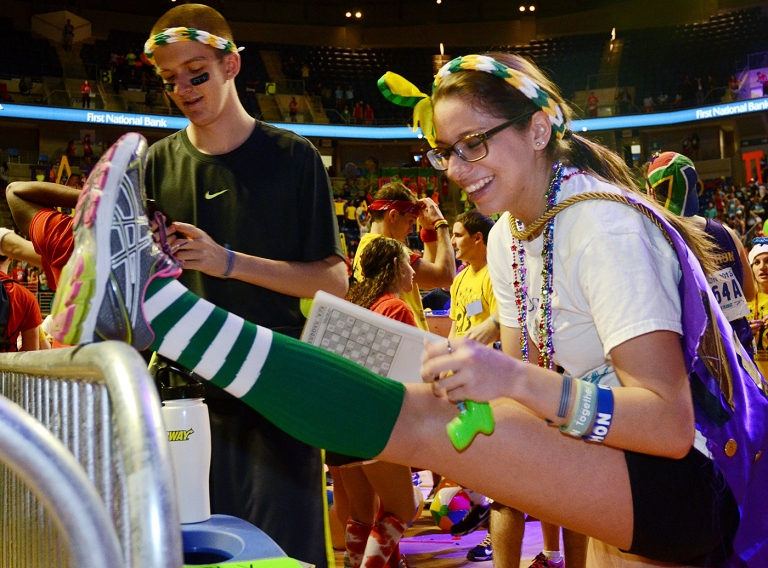 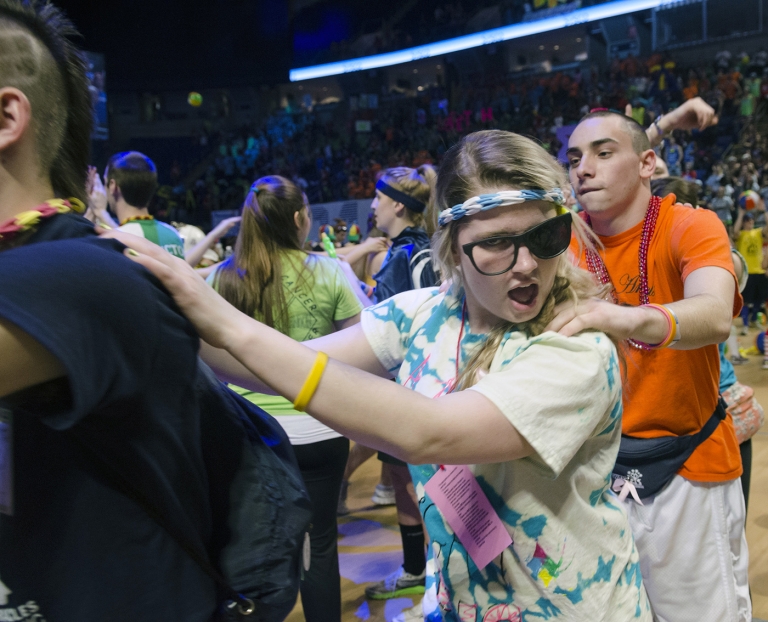 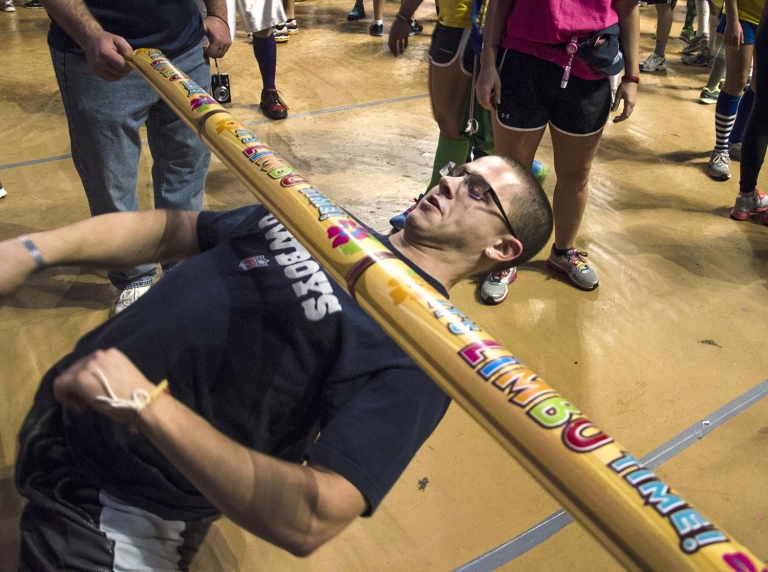 Chris Gigliotti does the limbo. / Photo by Steve Osborn 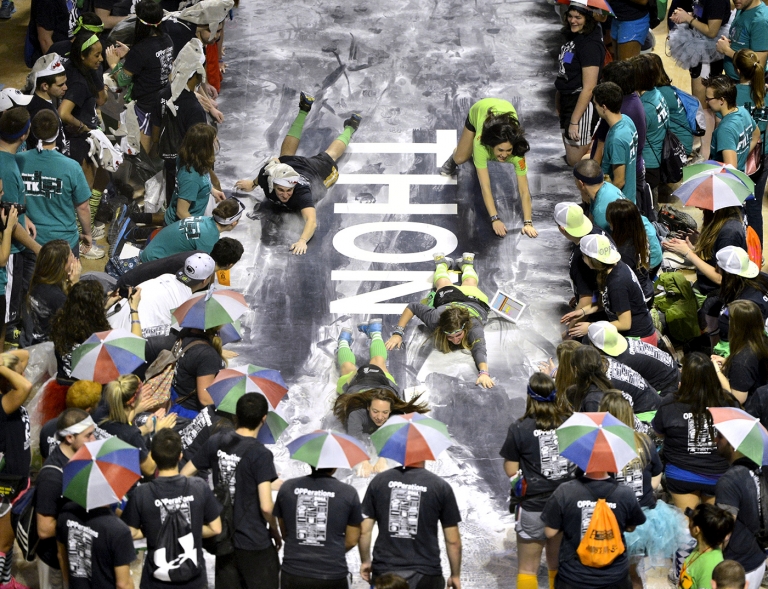 Dancers take part in the "slides of strength" where dancers slide on a powder covered floor as they receive massages from volunteers to aid tired muscles and joints. / Photo by Dave Cole 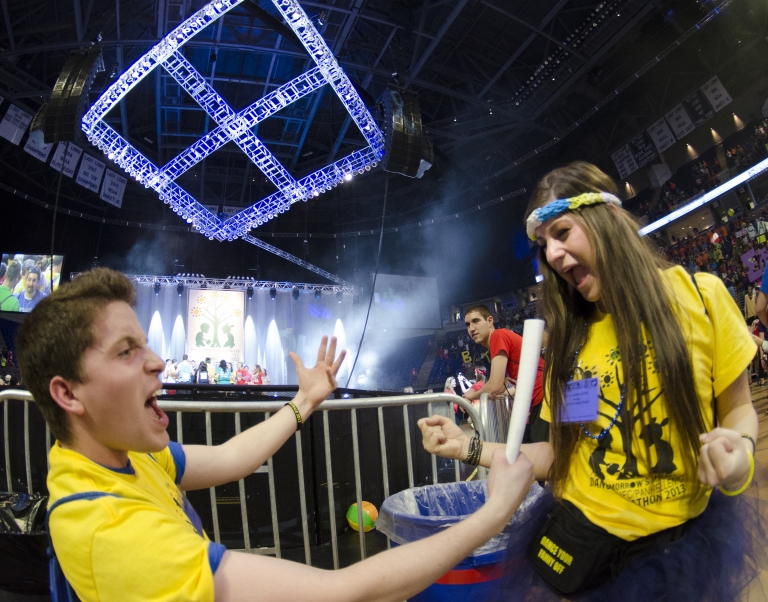 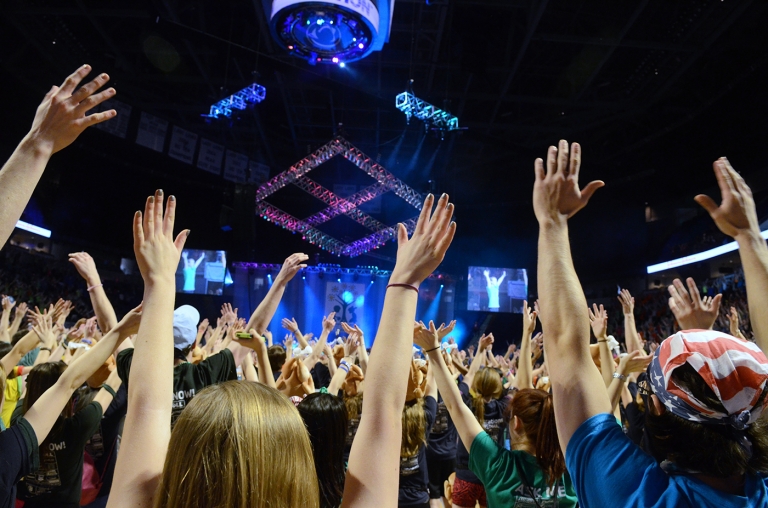 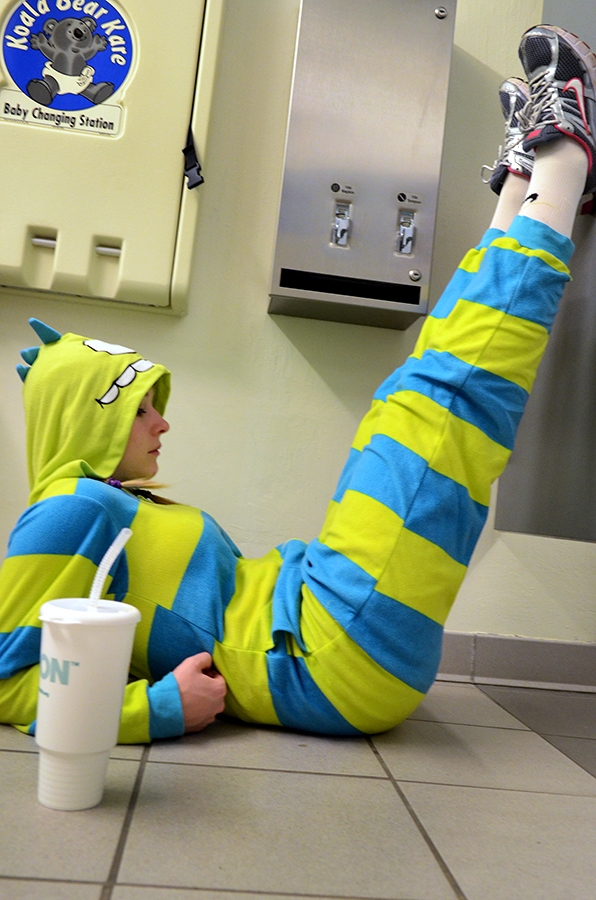 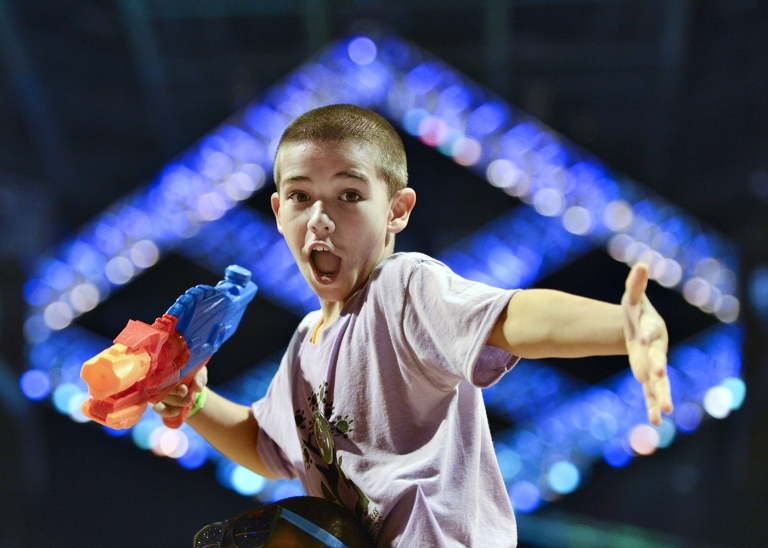 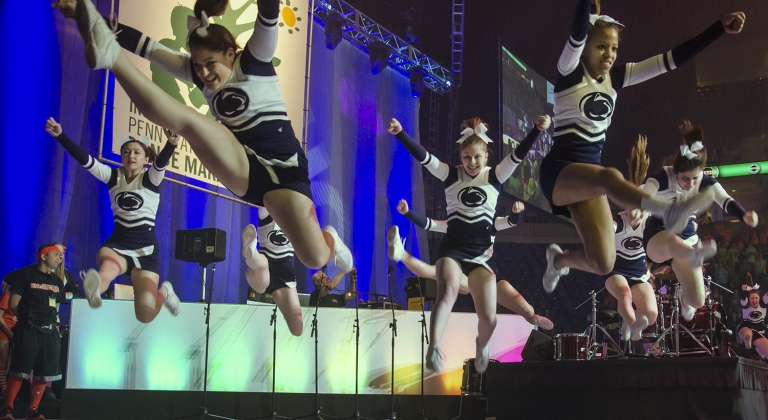 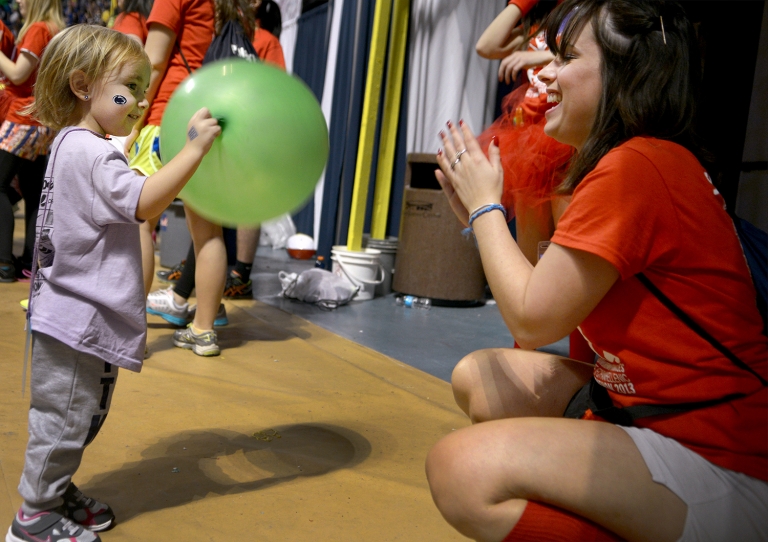 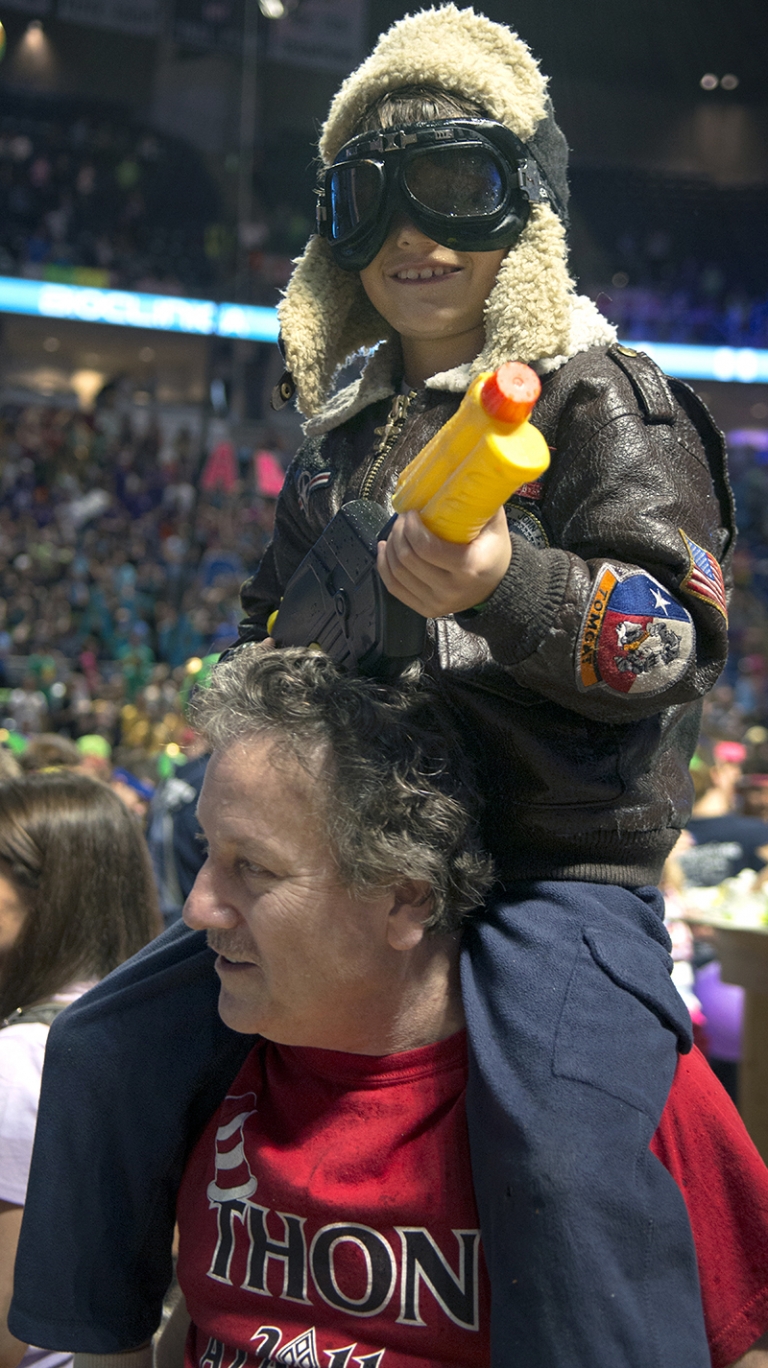 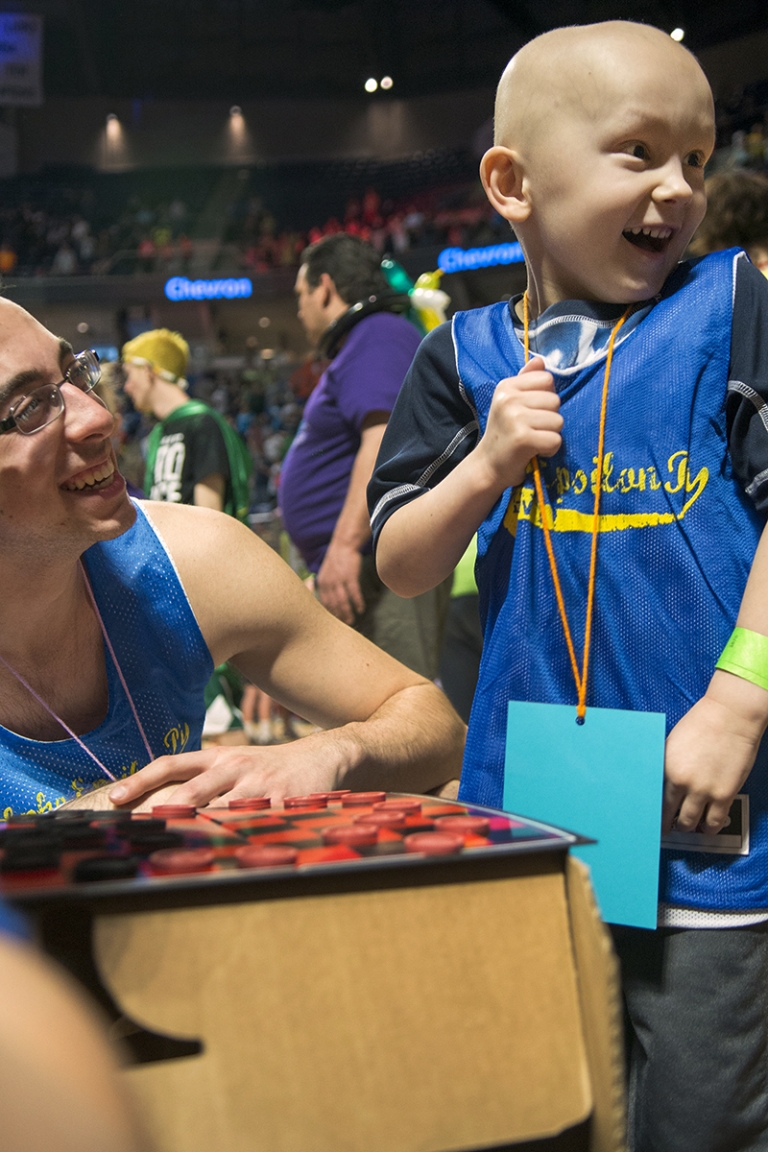 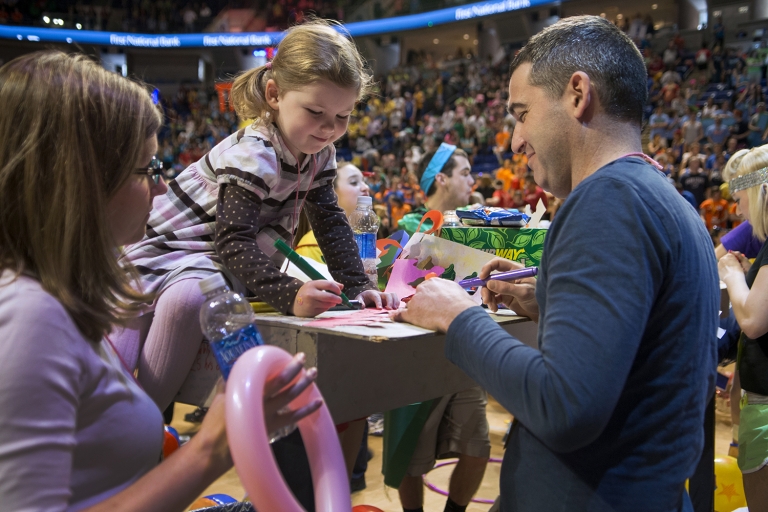 Erin Clark is a senior majoring in Visual Communications and Crime, Law & Justice. As a photographer for The Voices of Central, PA, she enjoys photographing social and environmental issues.

Build it so they can dance