Joe Ballantine is a junior Film and Communication Arts and Sciences student here at Penn State who is currently the creator and executive producer of PSNTV’s “The Valley.” The Valley is a sketch comedy variety show that features other students as well as Ballantine himself. It is currently in its second season and is filmed here on campus. One of the unique aspects of The Valley is that there is no set studio for filming. Ballantine works along with the other cast members to re-arrange classrooms, as well as other locations on campus and even their own dorm rooms to fit the scene for each episode of the show.

“Me and a few friends got together, we got the idea to do it, we ran with it and we produced 4 twenty-five minute episodes ever since.” Ballantine’s idea for creating the show stemmed from his film making class.  Not fully satisfied with the options available for showing off what he learned in the classroom, he wanted to use other outlets to utilize the skills. He dedicated some time outside of schoolwork to write and develop a few scripts for the sketch comedy and pitched the idea in September of 2012 to the head of PSNTV. The show has been airing every few weeks on PSNTV and YouTube since October 2012. 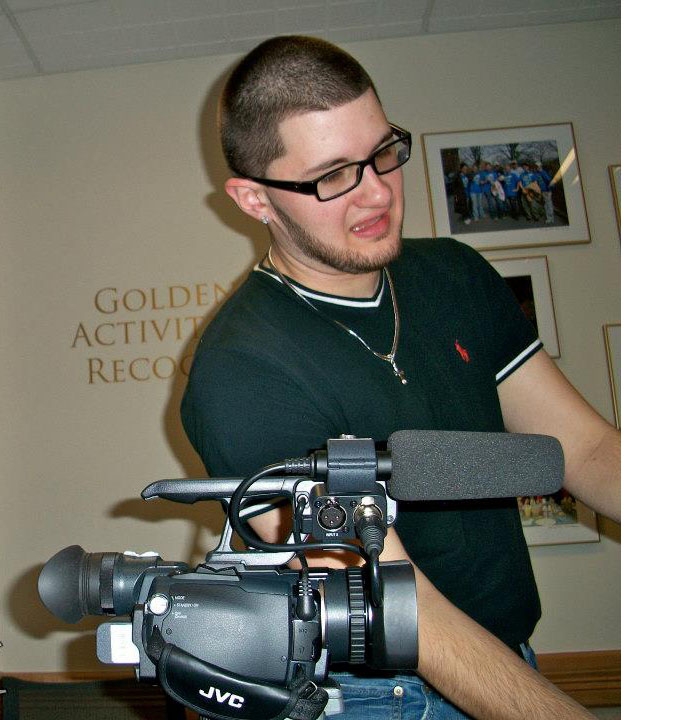 Producing the show is a complex process. First, cast members post their ideas for a script on an online management system, meet up and vote on which one will go into production. Ballantine essentially is in charge of making the final decision. He works with the cast to come up with props and ideas for location and then chooses a day that works for everyone to film.  Occassionally they decide to film at a major location and have been able to get permission to do so.

Editing typically takes a few hours, but at times he is able to do it in one sitting. Ballantine said that he enjoys the process because everything is essentially already pieced together in his head since he is the creator of the show. Ballantine uses programs such as Final Cut and Adobe Premier to edit. He says that the two programs give him more of an opportunity to sharpen his editing skills. He has the desire to work with as many programs as he can because he believes that it never hurts to get the experience.

Ballantine plans to continue running the show for the rest of his time here at Penn State. “For the time being, a lot of us are benefitting from getting a lot of practice, we’re benefitting from making and learning from our mistakes now. He wants everyone involved to hopefully reap the benefits for being apart of the show as well so that in once they get into the real world, they will already be well-prepared.

His post graduation plans are to become a professional actor and writer for sitcom television. Ballantine says he has always enjoyed writing sketch comedy shorts but has never had the equipment to do so until he became a student. The Valley means more than just an extra-curricular activity. He says that all of the time put into writing, producing and acting is what makes him happy and more motivated in pursuing his career goals. The Valley is more than just a show, The Valley is Joe. 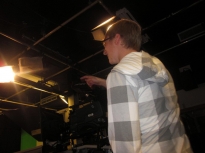 Will Monkowski is a senior Telcommunications student who is the president of Penn State Network Television. PSNTV is a student run club that produces 8 different shows in various categories here on campus. Monkowski approved Ballantine's idea for The Valley and since then they have been producing shows for the network.

I am currently a senior Broadcast Journalism major and Sociology minor at Penn State University. My main career focus is to work in the social media industry. I have taken communication courses at Penn State that have prepared and strengthened my skills in writing as well as broadcasting. I have participated on a showed called “The-U” with the PSU-TV club on campus during my junior year and I have written several fashion articles for an online blog called The Urban Revival.

Standing up for sexual violence awareness