DUBLIN – The start of game week brings a little controversy. Sunday’s semifinal in the Gaelic football championship—already being hailed as a “Croke Park classic” by the local press—ended in a tie. 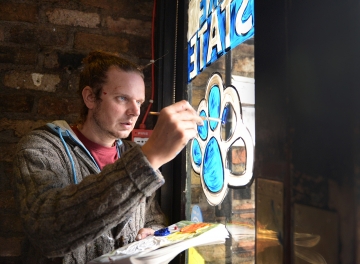 Under the rules, that means the teams have to play the entire game over again. And because Penn State and Central Florida are playing Saturday in Croke Park—the home of Gaelic football—the replay has been shunted off to Limerick.

This is a problem for the Irish – a big problem.

“No player dreams of playing an All-Ireland [semi] final down in Limerick and that’s no disrespect to Limerick because it’s fine ground but they deserve to play up in Croke Park, at our headquarters, on the best surface in the country with the best facilities,” former player Dermot Earley said to the Irish Examiner Monday.

County Mayo, the underdog in Sunday’s game, proposed a postponement of the replay until Sept. 6 at Croke Park. The Gaelic Athletic Association rejected the idea.

No Sleep for the Weary

Penn State women’s soccer coach Erica Walsh, a former U.S. Olympic coach, had this advice for the Penn State football team on handling the jet lag that accompanies a seven-hour trip across the Atlantic Ocean: Sleep a lot before you leave, then not at all.

That’s because it can take up to a day for the body to adjust to one time zone change, and Penn State doesn’t have that kind of time. When the Nittany Lions, who leave Tuesday evening, arrive Wednesday morning in Dublin, they will immediately tour Croke Park, practice at University College Dublin and go to dinner. Only then are they allowed to sleep.

“It doesn’t make a 20 percent difference, but a 10 percent,” Walsh said. “And when you’re trying to compete at the highest level, you’re talking about those percentage points.”

In typical Irish fashion, Monday brings gloomy skies, a chill in the air and a 100 percent chance of rain to Dublin. Sorry, fans, but it doesn’t look much better for the rest of the week.

“Anyone who plays for 70 minutes like that deserves another bite of the cherry. It would have been really heartbreaking on the players today.”

--Alan Milton, GAA head of media relations, on how a
semifinal championship game ended abruptly in a tie.
It will be replayed next week


(Melissa Conrad is a student in the John Curley Center for Sports Journalism at Penn State. Fellow student Greg Pickel contributed to this report.)