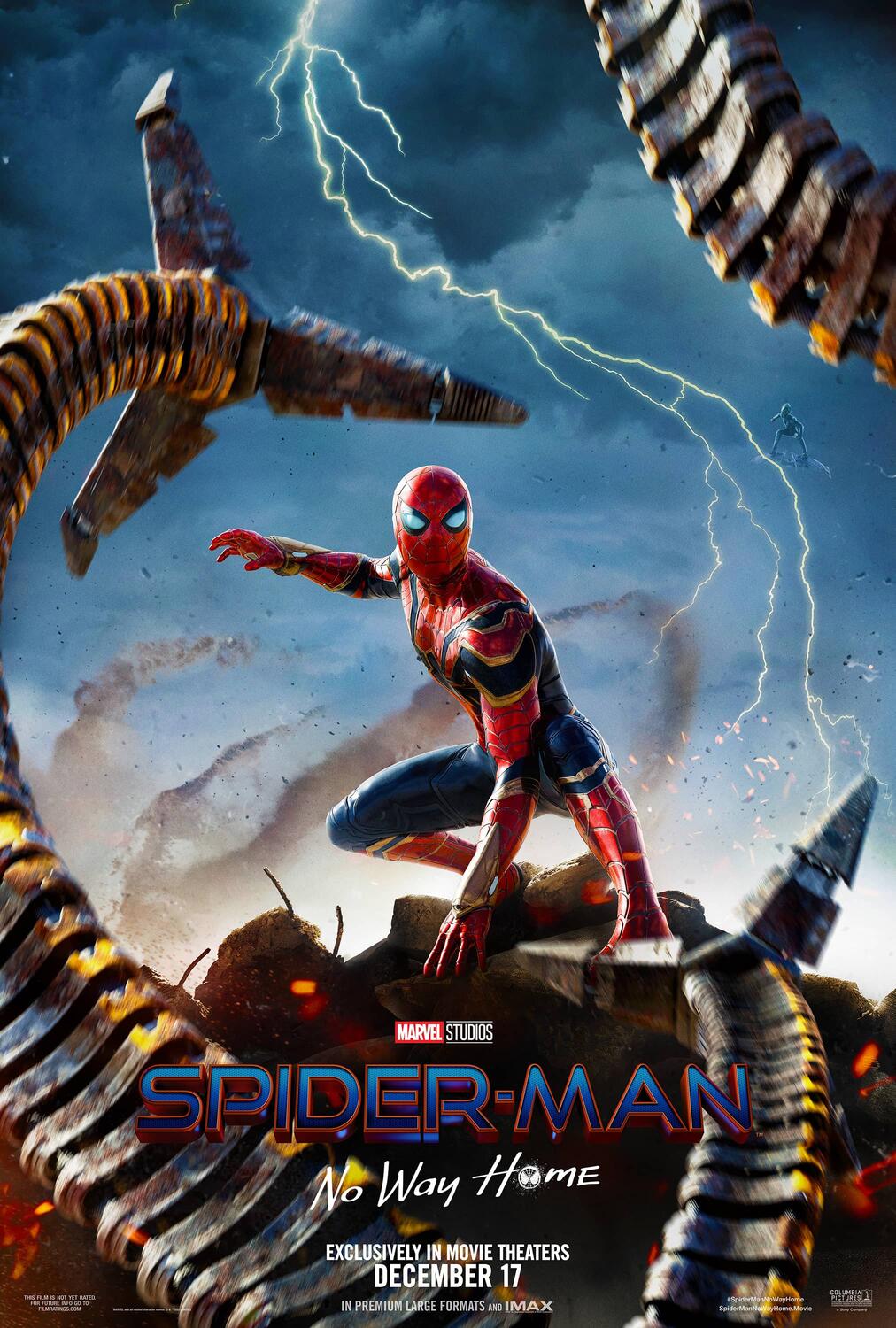 For what may be one of the most anticipated Marvel films in the last decade, “Spider-Man: No Way Home” just dropped another jaw-dropping trailer.

The third sequel to the Marvel Cinematic Universe’s Spider-Man trilogy is set to release on Dec. 17.

The final events of “Spider-Man: Far From Home” left Peter Parker’s identity revealed and his characterization as a hero put into question.

Based on the trailer, Peter is forced to navigate life afterwards and figure out a solution to such a massive problem.

Peter enlists Doctor Strange’s help. As one of the leading heroes in the final battle of “Avengers: Endgame,” he has the ability to create a spell that will make the world forget that Peter is Spider-Man.

However, this would include MJ, Peter’s love interest.

It seems to have ripped a hole in the fabric of the multiverse, leading to endless possibilities for who or what could come through.

This is where the plot of the movie will become interesting. The trailer begins to show several villains that audiences recognize from previous non-MCU Spider-Man films, including the Green Goblin, Electro, Sandman and Doc Ock.

For several months now, this film has been speculated to have several cameos, including the Spider-Mans played by Tobey Maguire and Andrew Garfield.

The appearance of their respective villains in the trailer only increases this speculation and the likelihood of it even more.

If Maguire and Garfield appear in this film, it would generate a huge response from audiences and imply possibilities of other surprise cameos in future MCU films.

Peter is clearly going to be facing one of his most daunting and critical battles yet. His loved ones are in danger, his identity threatens his life and his actions have led to catastrophic consequences.

Regardless of what happens, this Marvel film is going to be one of the biggest yet. It would not be a surprise if it grosses over $1 billion and takes its place as one of the highest-grossing films of all time.


Madison Imber is a second-year majoring in public relations. To contact her, email mbi5065@psu.edu.

Madison Imber is a second-year student from Stroudsburg, Pennsylvania, and is majoring in public relations and minoring in business and planetary science. Madison is a new member of CommRadio and has contributed to the arts and entertainment department. Outside of CommRadio, Madison is on the marketing department of the Daily Collegian and is a member of THON’s Rules and Regulations Committee. She also serves on the Division of Undergraduate Studies Leadership Council.