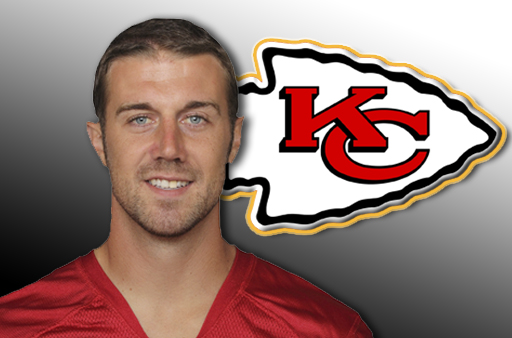 The San Francisco 49ers and Kansas City Chiefs agreed in principle earlier today to a deal that will send quarterback Alex Smith to the Chiefs in exchange for draft picks. The deal, which will be finalized when free agency begins on March 12th, will send the 34th overall pick in the 2013 NFL Draft to the 49ers as well as an unknown pick in the 2014 Draft.

This deal has significant implications for both teams as well as for several other teams around the league. For the Chiefs, it answers the question at quarterback for at least a couple of seasons, as new head coach Andy Reid wasted no time finding his new quarterback. It also all but guarantees that Kansas City will take Texas A&M offensive tackle Luke Joeckel with the first overall pick. There is still a chance they look at someone like Central Michigan offensive tackle Eric Fisher, but barring a significant change, Joeckel will be the top pick.

Most early reviews seem to agree that Kansas City has given up too much to get Smith. Even as recently as late last week, reports surfaced that San Francisco was expecting a late third or early fourth round pick in exchange for Smith. Giving up a second round pick, and a very high one at that, for a quarterback who can best be described as productive in the right system, seems like too much already. Throwing in another pick in next year's draft (rumored to be anywhere from a second to a fifth round pick) seems like the Chiefs are getting fleeced.

Moreover, Smith's success in the last two seasons has largely been attributed to the system of 49ers head coach Jim Harbaugh. With a fantastic offensive line and a top-ten rushing attack, the pressure was largely taken off Smith. He made the plays and limited mistakes, which was all he was asked to do in San Francisco. 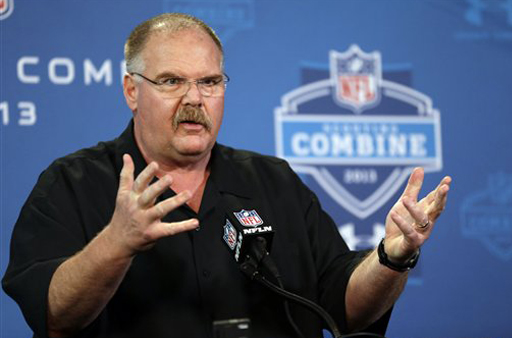 How will Andy Reid manage his new quarterback?

Reid's system is significantly different. He relies on a pass-happy system and doesn't utilize even All-Pro backs like LeSean McCoy anywhere near as often as Harbaugh. Smith is also joining a team without a top-tier offensive line in front of him and without weapons like tight end Vernon Davis and wide receiver Michael Crabtree. Smith has certainly proven himself to be a capable starter in this league given the right opportunity, but Reid's system is tough to succeed in for a guy who is simply good at limiting mistakes.

For the 49ers, this deal nets a package even the most optimistic in their front office probably never dreamed of. The team's only leverage was the lack of quality prospects in the draft, making Smith the de-facto "Best Quarterback Available" for the offseason. But since teams knew the 49ers intended to make the trade, it put them in a tough position. Kansas City seems to have overpaid in order to guarantee they'll lock Smith up, which is good news for the 49ers.

Already armed with an extremely talented and young roster, Jim Harbaugh now has deep pockets for this draft. The team has plenty of picks all over the draft, and could easily put together packages to acquire future draft picks while maintaining a solid haul in this draft. This draft is also deep in secondary talent in the late-first and early second round, so having the 31st and 34th picks allows San Francisco to focus on a couple positions of need without even having to worry about the costs of the free agent market.

It is likely that the 49ers will probably trade some of the picks for future picks, as Harbaugh has proven himself reluctant in the past to rely on rookies to contribute. Playing the long game is certainly a method that has brought success for other teams, and with so much talent in the lineup already, the 49ers are in as enviable a position as any franchise has been in for some time.

This trade also impacts the quarterback market. Plenty of teams have uncertainty at the quarterback position, and with what is considered to be a weak draft class of quarterbacks lacking franchise-impacting talent, the most immediate and safe option is off the market. Teams like Arizona, Cleveland and Jacksonville are going to need new quarterbacks soon after failing to develop their young talent, and Smith will not be the answer.

What options are left? The names range from unknowns to risks to downright scary options. Matt Flynn has a very large contract for a backup quarterback behind Russell Wilson, but he's almost entirely unproven and would probably require a decent package of picks to pry away from Pete Carroll and the Seahawks. Philadelphia has floated Nick Foles' name out, but the most obvious suitor was Reid, who will no longer be interested in his former third round pick. It is likely that Chip Kelly will hold on to Foles through Training Camp to see what he has to offer. Arizona will likely part ways with the injury-prone Kevin Kolb, who could be offered a cheap deal in hopes that he can put it together when healthy.

Other than that, these teams will most likely either wait another year and build at other positions, or take quarterbacks in later rounds. Buffalo will definitely be drafting a quarterback, but the question remains on who that quarterback will be. It's easy to say they will look heavily at former Syracuse quarterback Ryan Nassib, who was coached by Bills hire Doug Marrone. But with the team's stated desire to select a franchise talent, it's more likely that the team will take a risk by selecting former West Virginia quarterback Geno Smith with the eighth overall pick.

Other options include former Southern California quarterback Matt Barkley, North Carolina State's Mike Glennon and Arkansas' Tyler Wilson. All three are likely second round picks in the draft. An intriguing player for some scouts is Florida State's EJ Manuel, who is viewed as a project with a potentially high ceiling.

Still, following a draft that produced three franchise quarterbacks who led their teams to the playoffs in Andrew Luck, Robert Griffin III and Wilson, this draft class looks bare in comparison. Many of the teams near the top of the first round were already disappointed, and with the Smith trade, the market is only getting smaller.

Dan Smith is a senior majoring in Broadcast Journalism, the Executive Editor of ComRadio and a ComRadio NFL Draft Show Producer. To contact him, email des5249@psu.edu.