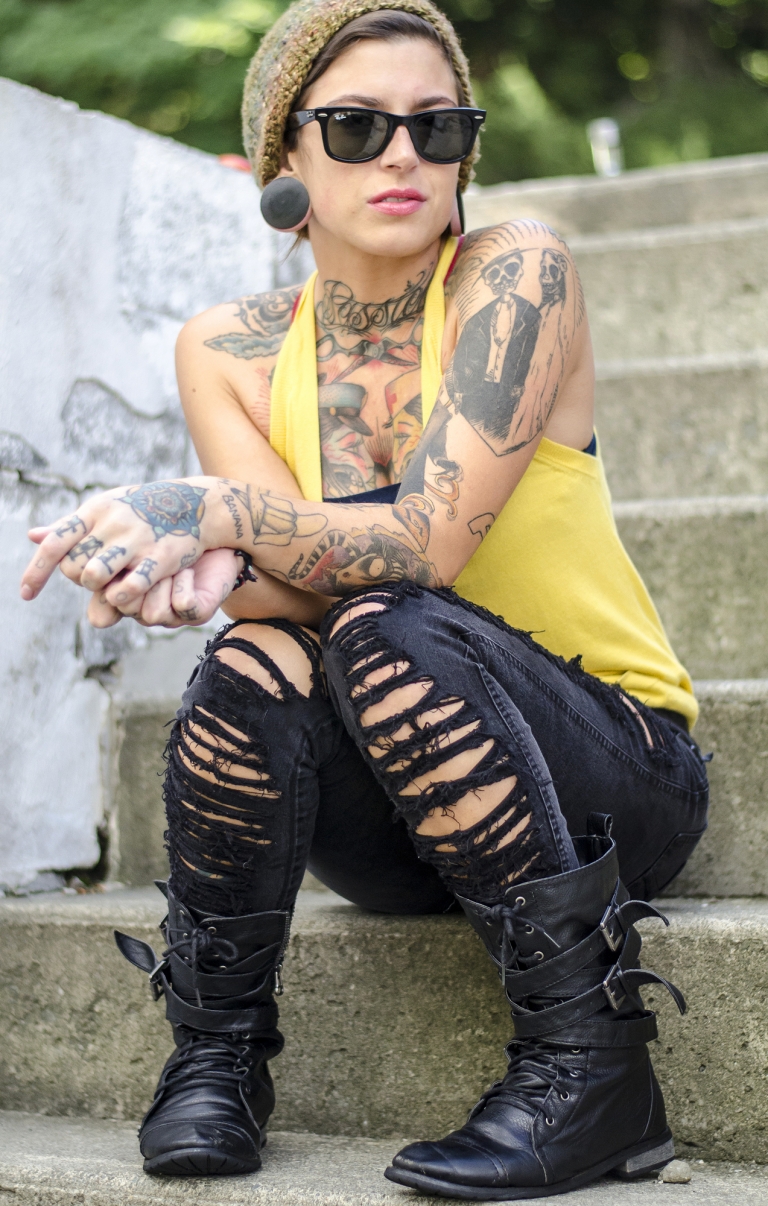 Lacy Terenzio poses on the steps outside her home in Dunmore Pa. Terenzio works as a hair stylist at Totally Tan and Synergy Salon in Moscow Pa. / Photo by Steven Osborn 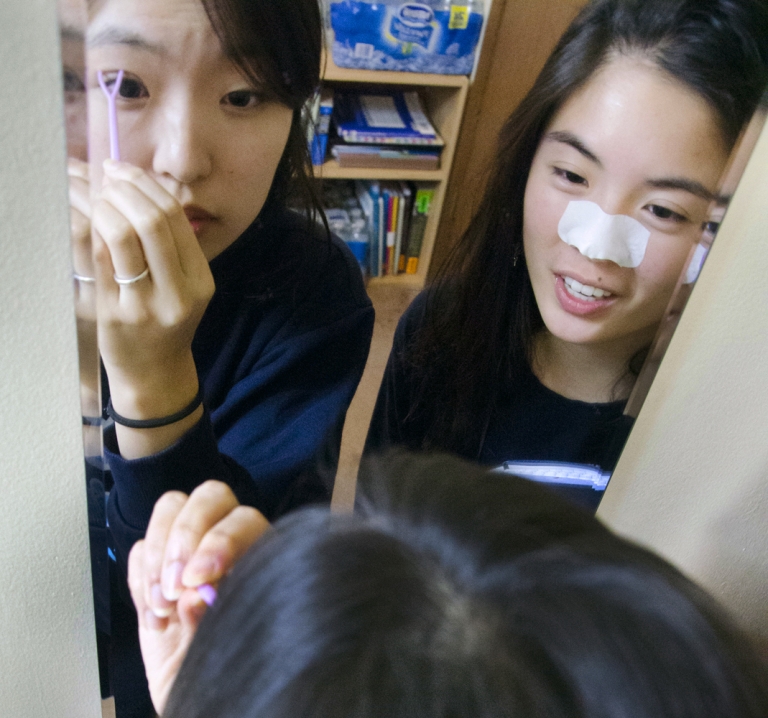 Stephanie Seung-Yeon Cho, left, a junior at Penn State studying hotel restaurant and institutional management, stands in front of the mirror as she applies eye tape onto her eyelids to create a double eyelid. Jenny Kit, a junior studying energy business and finance, is guiding Cho through the steps in the application of the eye tape. / Photo by Irene Yiu 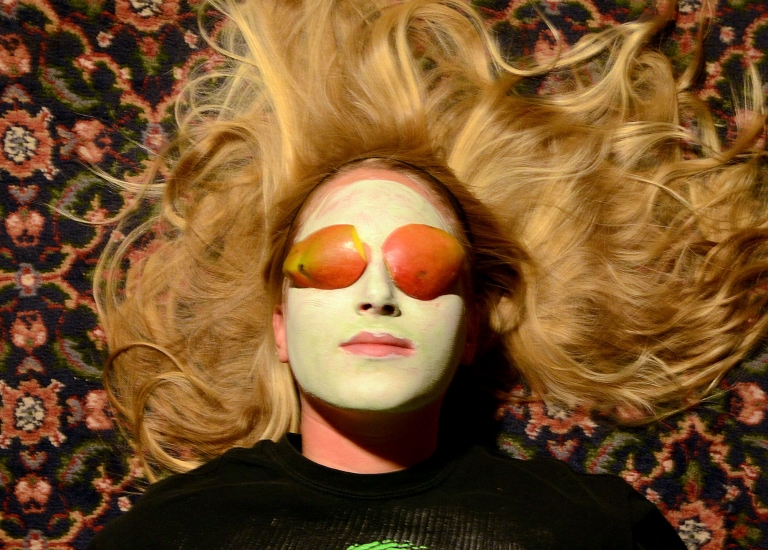 Nicole Pope, a communications sciences and disorders major at Penn State, poses for a photograph with a clay mask applied to her face and mangos over her eyes. The mask is used to clean pores. / Photo by Andrew Tarr 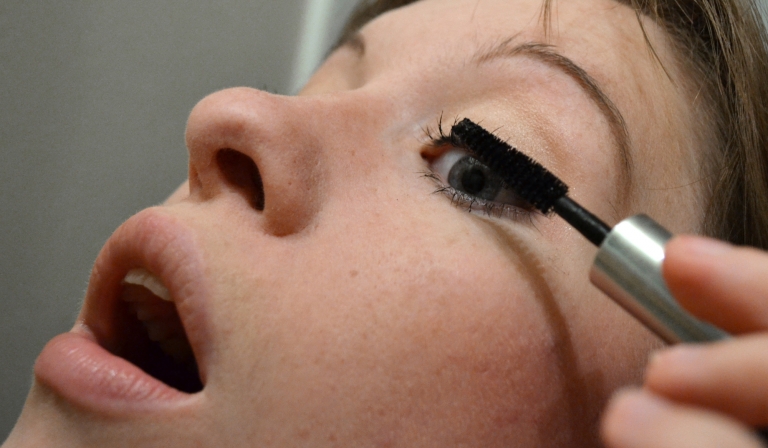 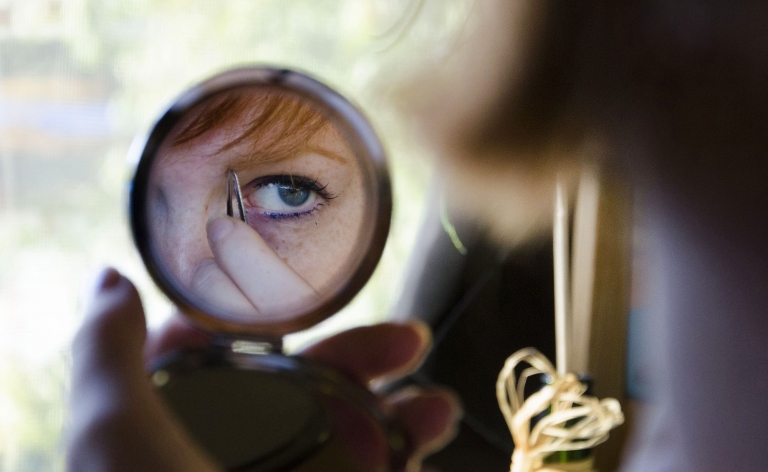 Colleen Klinefelter of Port Matilda touches up her eyebrows before leaving for work. / Photo by Sierra Dole 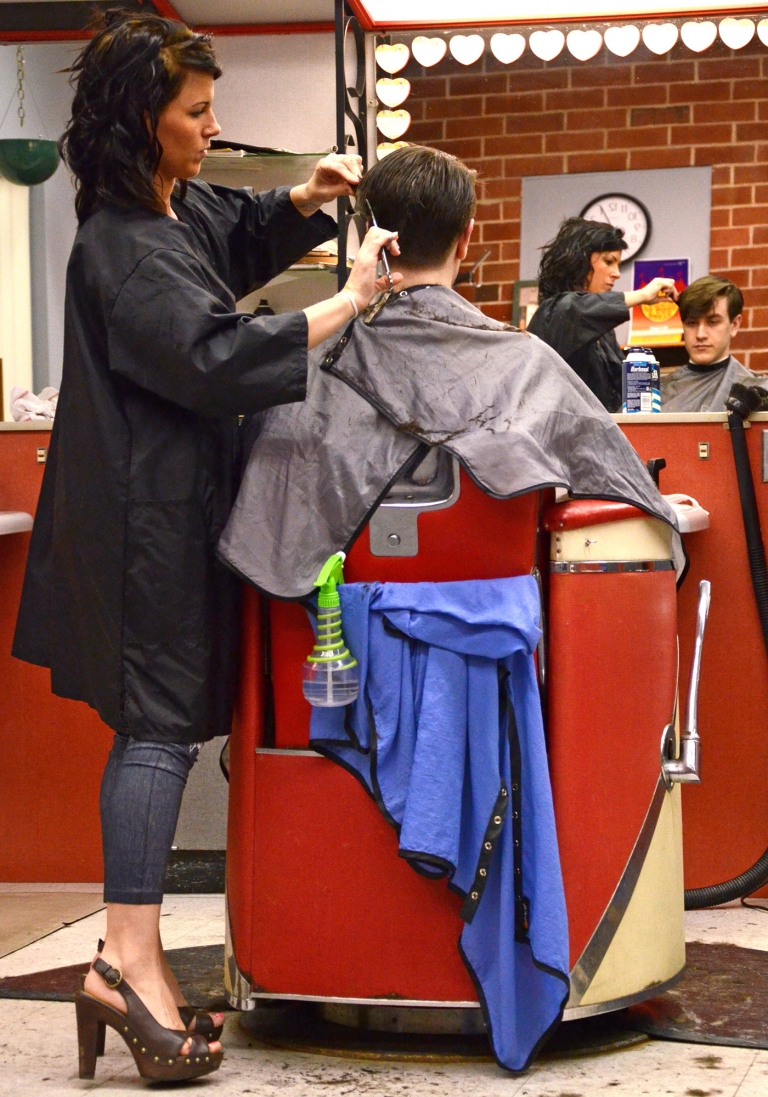