The woman underneath the helmet: Jackie Saideh


Hockey, while it may not be one of America's top five sports, is number one if you live in certain parts of the country. 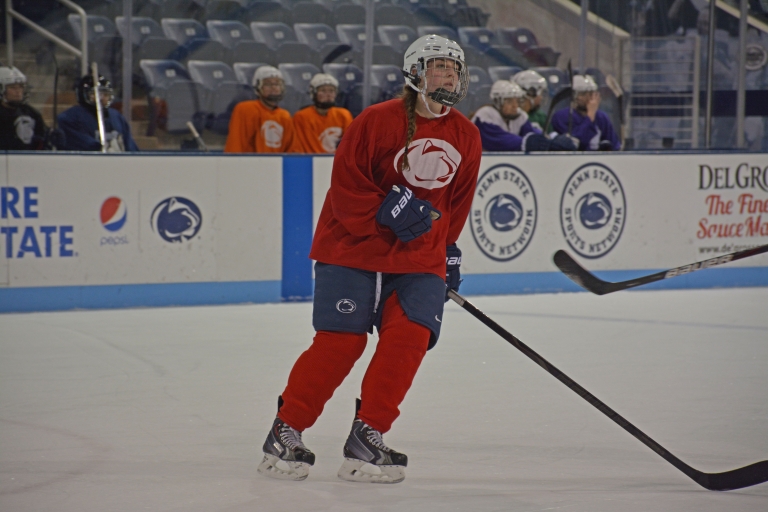 Jackie Saideh, a Penn State junior, has been playing hockey since her father signed her up for club teams as a little girl in her hometown of Concord, Massachusetts.

Saideh played on co-ed teams until it was time for the boys to learn how to check—, or hit for the people less familiar with hockey terms—, and then her father signed her up for all girls’ teams. “Back home there is more of a female hockey scene, but [in State College] there really isn’t,” Saideh said.

Here at Penn State Saideh has been a right wing forward for three years on the Lady Ice Lions, the Women’s Club Ice Hockey team. The team is made up of girls from all around the country with different experiences with hockey. Some girls have been playing for their whole life, with men and with women and others have been playing for a couple of years, maybe less, and because of that Saideh's game is constantly challenged, making her a better player.

Saideh knew coming to Penn State and playing on the club team she’d experience more of a challenge than she would just on the ice. She'd experience people questioning the sport she plays or giving her a second look as she tells them she's a female hockey player.

“It’s not really the first thing I tell people,” Saideh said. Saideh says that of course she loves hockey but it’s not all that she is. “I don’t want to be seen as just the athlete,” Saideh said. She’s also closely involved in THON Penn State’s IFC/PanHellenic Dance Marathon as a Dancer Relations committee member.

According to the American Collegiate Hockey Association women aren’t allowed to check, but this doesn’t mean the girls don’t play hard. 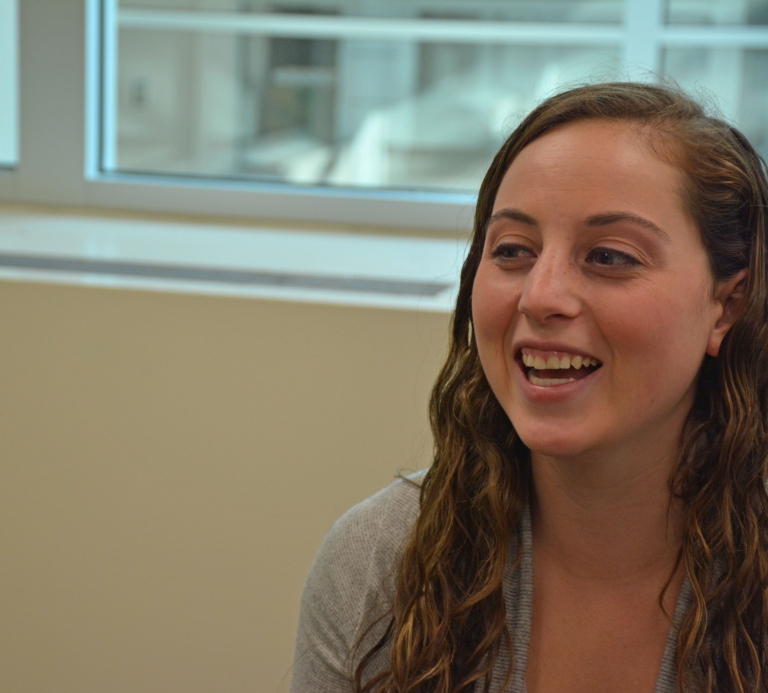 “Coach has said he wants us to be a more aggressive team,” Saideh said. The three year coach for the Lady Ice Lions, Coach Patrick Fung, has the girls doing more physically demanding drills as the team is now in the Eastern Collegiate Women’s Hockey League [ECWHL], as a Division I team for the first time.

This season the Lady Ice Lions do a lot more traveling for their games. This semester alone they’ve only had four home games out of the 15 games they’ve played so far.

"Hockey isn't just a guys sport," Saideh said. When people question, or second guess that Saideh is a hockey player, it shines a discouraging light on not only here, but also the team.

Sights and sounds of hockey


Saideh is a woman who plays hockey, not a hockey player who's a woman.

I’m interested in in-game production for a baseball organization. Whether it’d be calling a game over radio broadcasting or in-game announcing.

College Football Game of the Week: No. 7 Texas A&M vs. No. 16 Arkansas